Home » Places We've Been » In Belize

We've been home from vacation for a week, and honestly I'm still not over it. 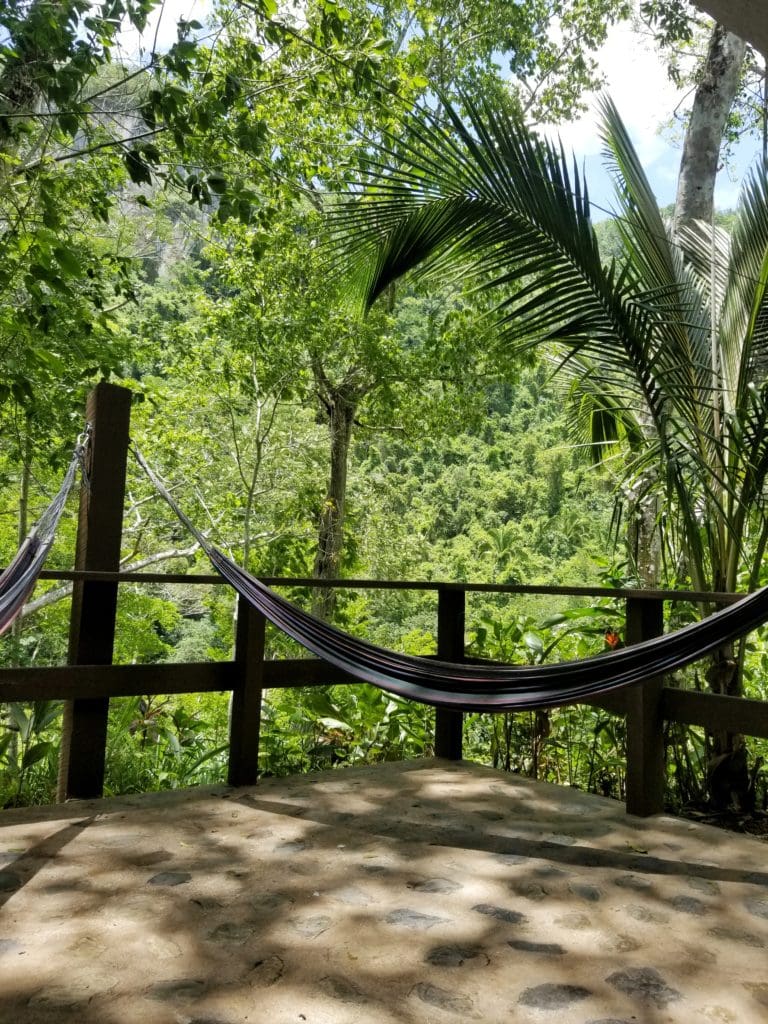 We spent 4 nights and 5 days at Black Rock Lodge on the west side of Belize, and it was one of the most unique and wonderful trips of our lives.  Reader beware, there was no AC, so if you're not into a thousand percent humidity in the middle of the jungle with no reprieve this particular vacation might not be for you.

But!  We loved it.  Black Rock was recommended to us by friends who had been, loved it, and wanted to go back.  It turns out that this is the type of place that some people go over and over again in their lives, and we definitely understand why.  The trip is an easy one; a 3 hour flight from Atlanta.  We wanted somewhere relatively close by because we didn't want to leave Beck for very long and hence didn't want to spend an entire day on either end of the trip getting to our destination.  The plane lands in Belize City and from there it's about a two hour car ride to the lodge. 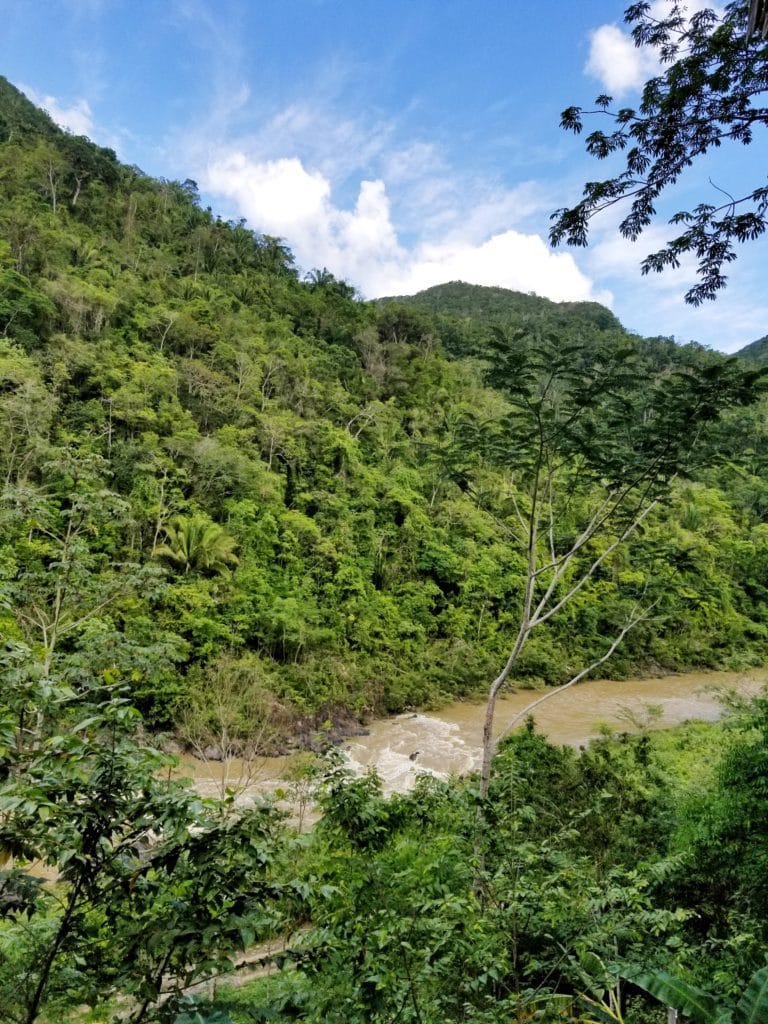 One of the coolest things about Black Rock is their Guides, who are basically like camp counselors.  Guiding is a licensed certification in Belize, so all of the guides are incredibly knowledgeable about the country's history, ecosystems, and can give great recommendations on things to do based on your preferences.  On the way into the lodge we stopped at a local restaurant for lunch, and spent the entire trip learning about the history of Belize.  The last 20 minutes of the trip are on a dirt road, which adds to the we are in the actual jungle feel of the location. 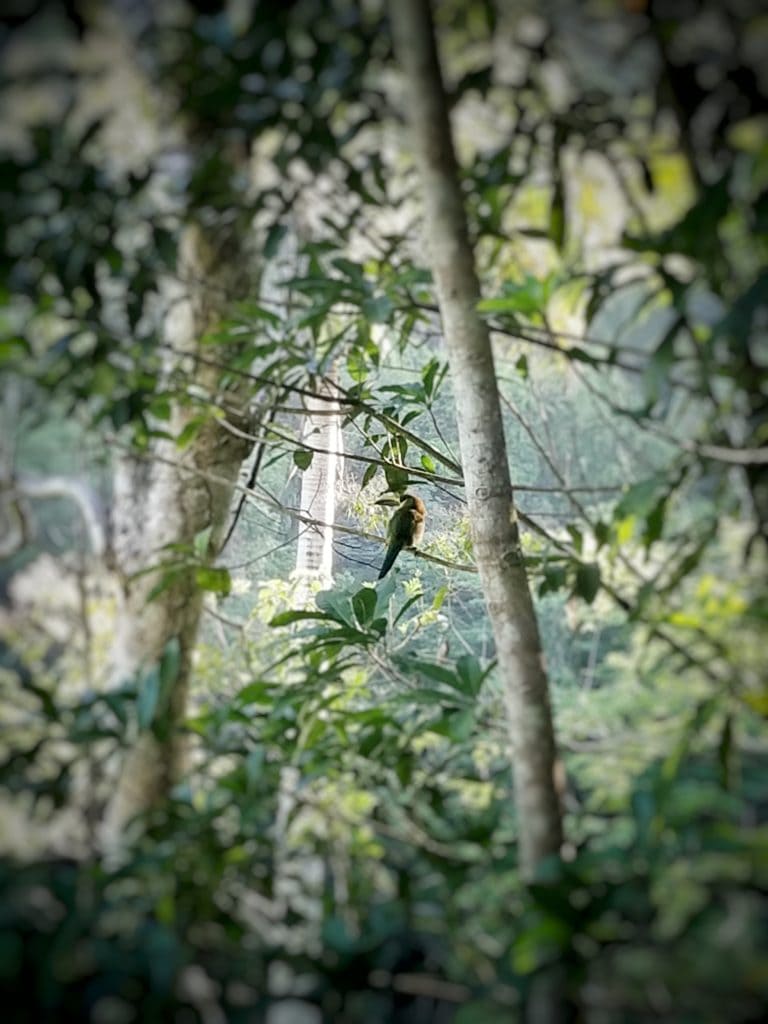 Black Rock is a self-sustaining eco lodge and operates completely off the regular electric grid.  Most of the electricity is provided by solar panels, and there are some hydroelectric pumps and a backup generator for emergencies.  The lodge offers a sustainability tour so we were able to learn about how the whole place operates.  The eco aspect of the trip is why there is no AC, but all of the cabins do have hot water, lights, plugs, and a fan.  There aren't TVs or anything like that in the rooms, but we didn't mind at all since most nights we were too tired to do anything but fall into bed.  All of the cabins are situated close to the main lodge/restaurant, maybe a five minute max walk.  Every night dinner is served family style with assigned tables (sitting with different people every night), and everyone catches up on their day, gives recommendations for excursions that other people might like, and gets to know the other guests.  This time of year is a slower time of year, so the lodge wasn't full except for the last night we were there; most nights there were only 25 or so guests.  We loved the not-as-busy nights because it meant we got to talk more with the guides and staff and learn about the plants and animals that were all around us. 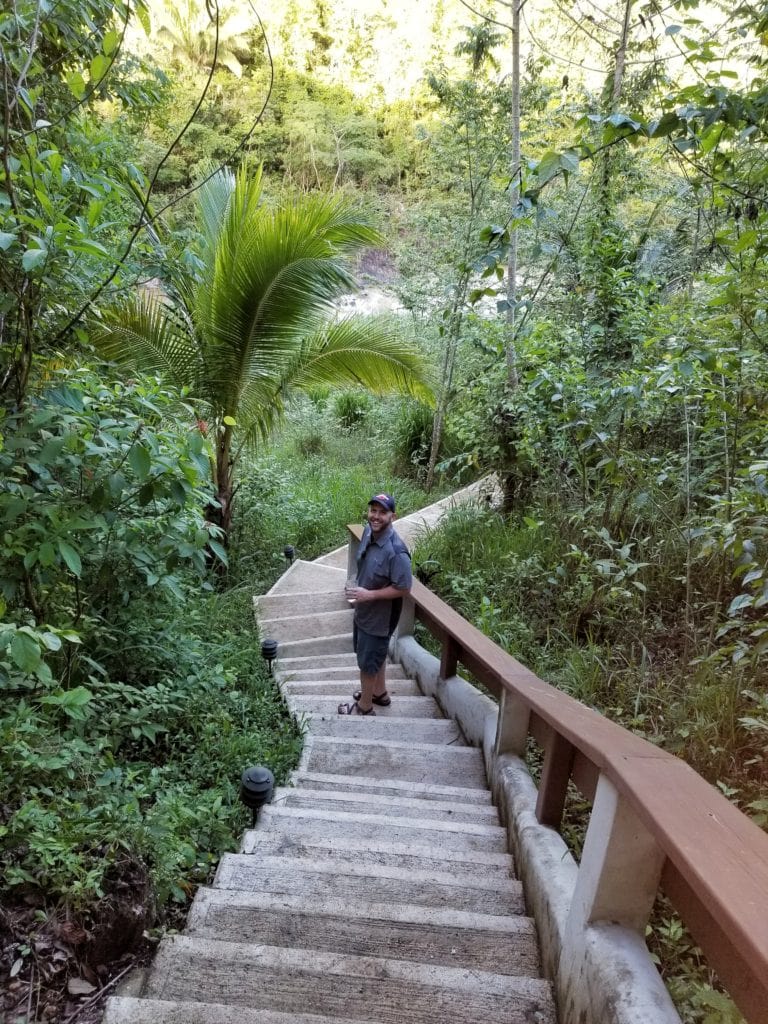 Every day, people do a variety of activities (so many activities!) and excursions off-site, some guided by the Black Rock staff and some on their own.  We found that people who had visited Belize before were more likely to rent cars and make their own plans while first-timers used the transportation available to us and did more things that were guided.  We went on this vacation intending to relax, so we were very careful to not overschedule ourselves.  Some people we met were busy every minute of every day, which is great for them butttttt we wanted to hang out and lay by the pool and read, so we did.  We did one super tough hike (Jay decided that 4 cups of Belizean coffee before we left was a great idea and almost died), one day in a city that was close by, a walk to a waterfall, and other than that we ate, learned about the facility, swam, and rested.  I read 2 entire books in 5 days and was maybe the most happy about that particular fact. 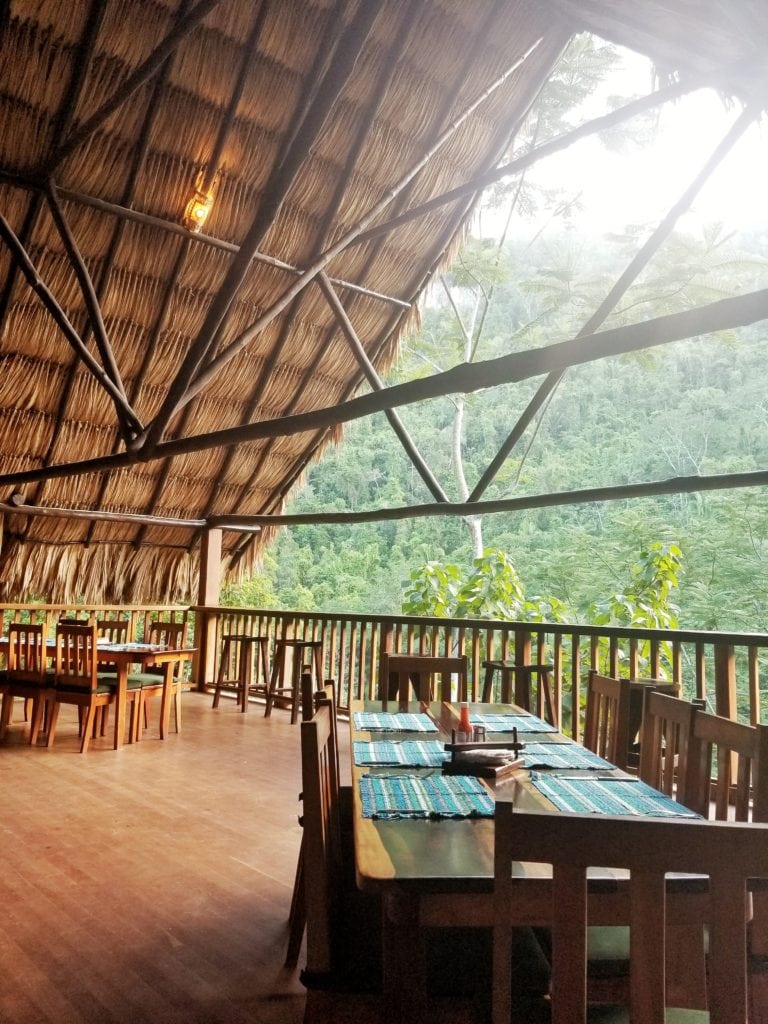 One reason we didn't do more major excursions was just timing.  With 4 nights there we only had 3 full days at Black Rock, so we wanted to avoid an entire day driving to an excursion that would take away from us doing smaller things on-site.  There was one day trip to a massive cave that Jay really wishes we had done and I would have enjoyed, but it was pretty expensive so we opted out, for better or for worse.  Everyone who did it said it was incredible (basically spelunking), so it's on our list for next time for sure. 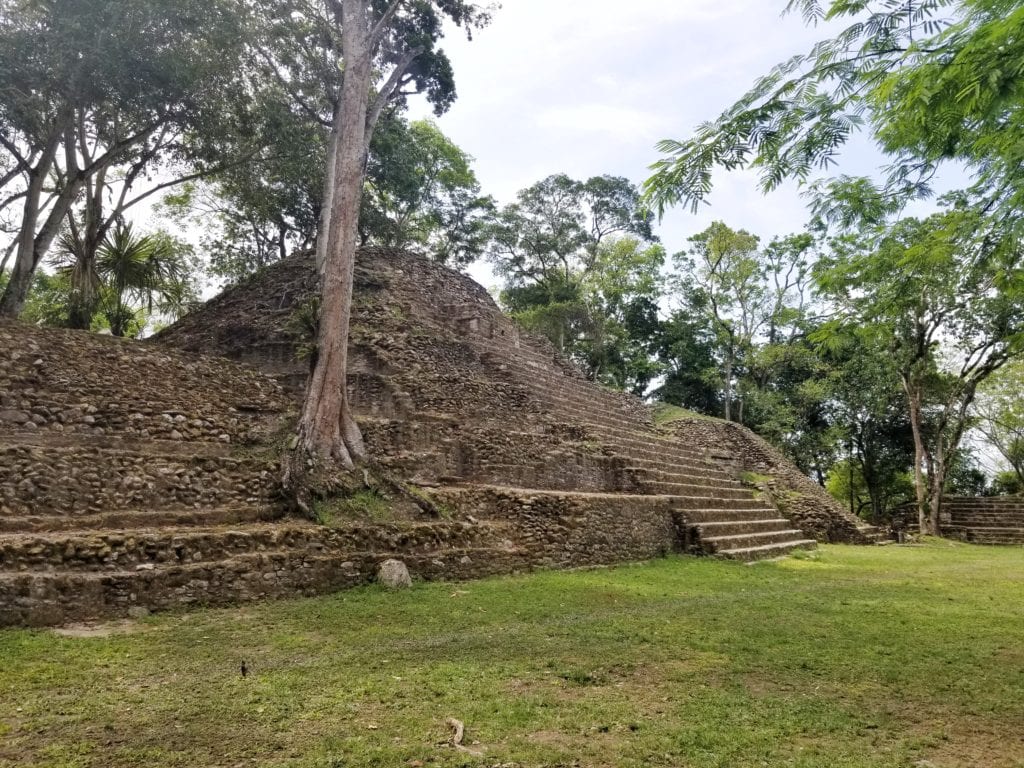 Our big excursion ended up being just the two of us, and we had the best time.  We visited one of the Mayan ruin sites, then walked into the city of San Ignacio for this big Saturday market they have, which cracked us up because literally every Saturday we go to a market here, so of course that's what we did in Central America.  The market was a wonderful combination of food stalls, farmers selling produce and meats, Mennonites selling cheese and baked goods, and all sorts of touristy souvenirs from the region.  We ate a tamale and a papusa (kind of a thick tortilla dough with beans and cheese baked right in omg delicious), drank local fresh-squeezed juice, then walked around the city a little more to a restaurant recommended to us by the guide that drove us into town. 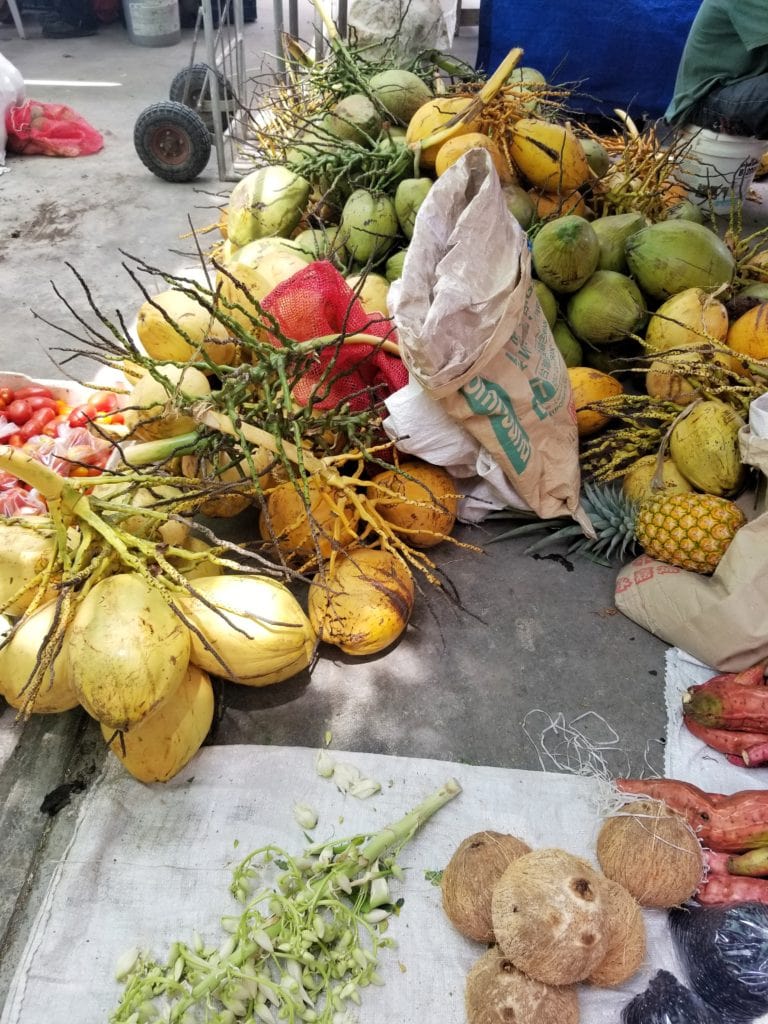 Since we hadn't eaten enough yet that day, we shared a lamb curry and something called Smoked Pork Tacos which tasted more like pickled pork in the strangest way - we still can't decide what to make of that particular dish, we decided that it almost tasted like corned beef.  We tried curry at a few different places on our trip and loved them all.  While we were at the restaurant we got alloftherain, which you can see video of on Instagram.  The rain was super hard, the streets flooded so fast, and pretty soon water was coming in the restaurant through cracks in the walls.  During this time we saw a funeral procession go through the streets, and learned later that the actual burial had been cancelled because the cemetery was flooded and the body had to be sent back to the hospital.  We were lucky that we only had one long stretch of rain during our trip; it had rained almost every day right before we got there so we were all prepared to be muddy and stuck inside for the entire time, but we managed to get lots of sunshine. 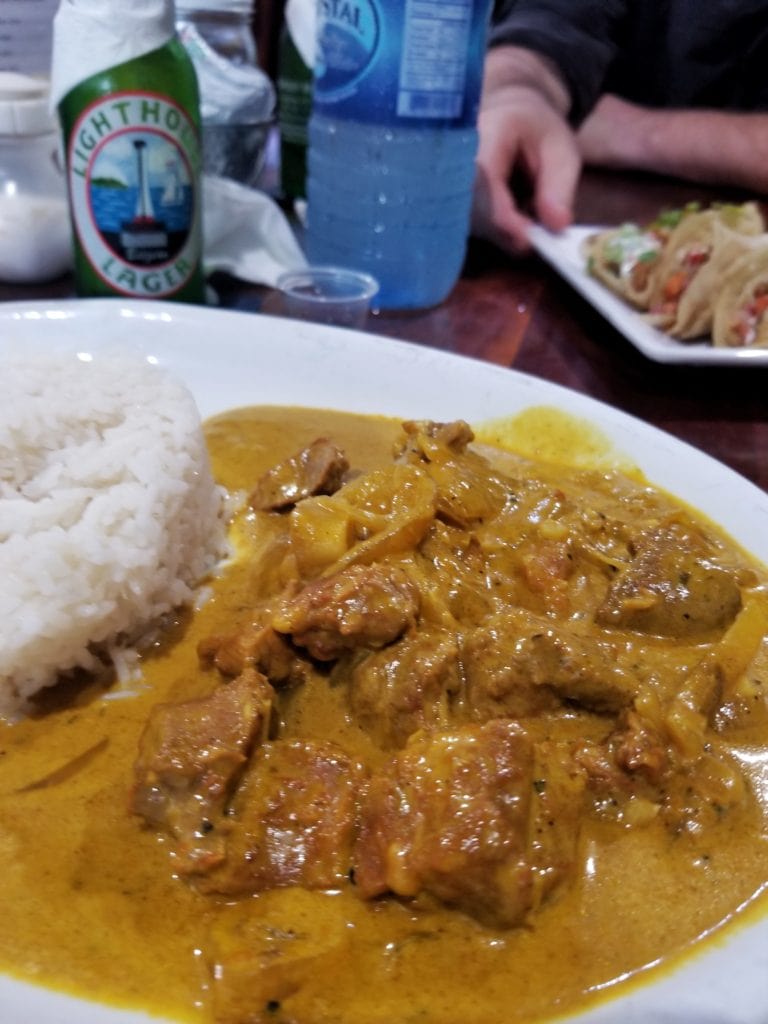 The food everywhere we went was amazing, and there's more on all of that on Instagram from when we were on the actual trip.  Belizean food is a little bit Carribean, a little bit Mexican-feeling, very fresh, and so flavorful.  Rice and beans made with coconut milk is the national dish, often served with some kind of stewed or roasted meat.  It's exactly the way I want to eat all the time, and we've been so inspired in our cooking since coming home. 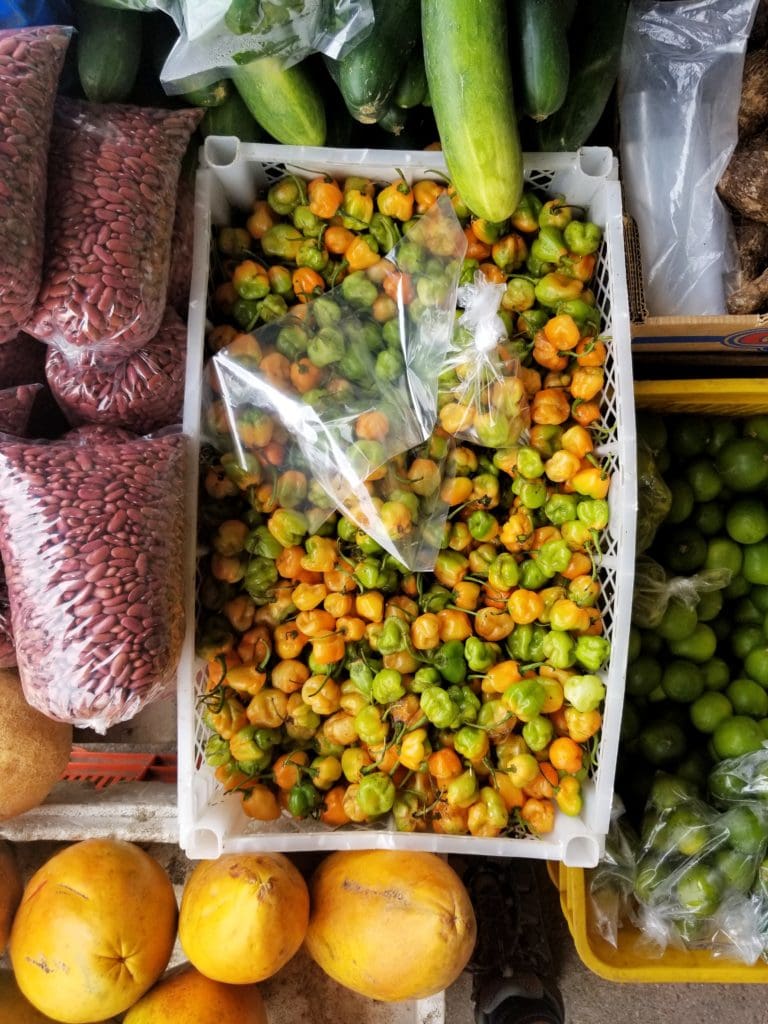 Vacation in general was great, to be travelling just the two of us.  We worried about Beck thinking we had abandoned her and missed her a ton, but being alone in the jungle with no TV and only your spouse is a very good thing.  It's so hard to really unplug and disconnect when you're in your regular space, so the physical distance from our real life was a great change, even if only for a few days. 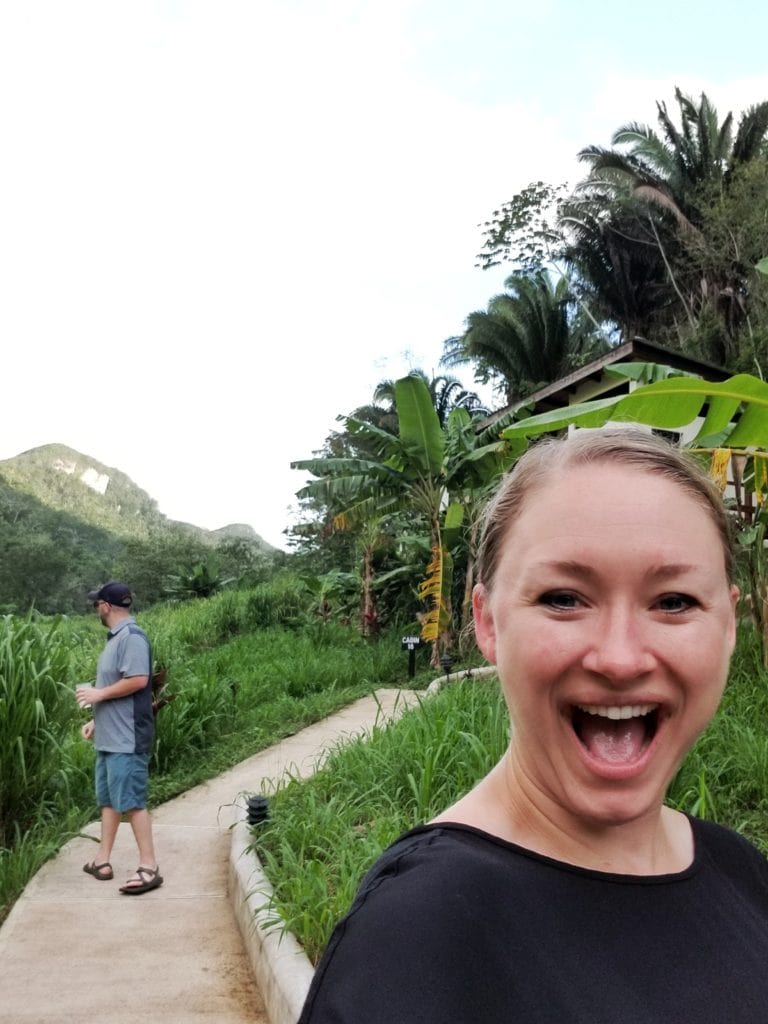 Other notes, because people have asked: the national language is English, everywhere accepts American dollars, and some places accept credit cards.  Driving is on the right side of the road. 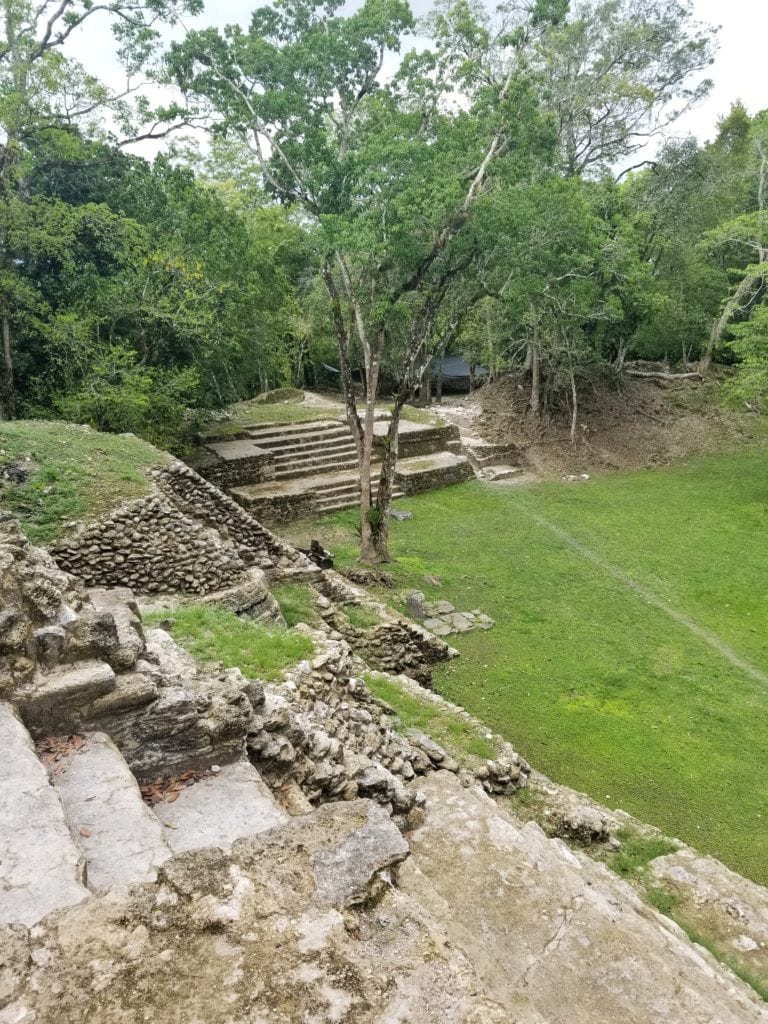 Tourism is a major industry in Belize, and the knowledge and pride of country we found in everyone we met was just astounding.  There is a ton of care taken to preserve the natural beauty and wildlife, and seeing such effort to live within an ecosystem instead of paving over it was refreshing.  We heard monkeys every night, saw tons of lizards, and came back with more bug bites than I care to discuss.  If you are looking for any kind of different, adventurous vacation, I don't know how you could find anything more cool.  We're obsessed. 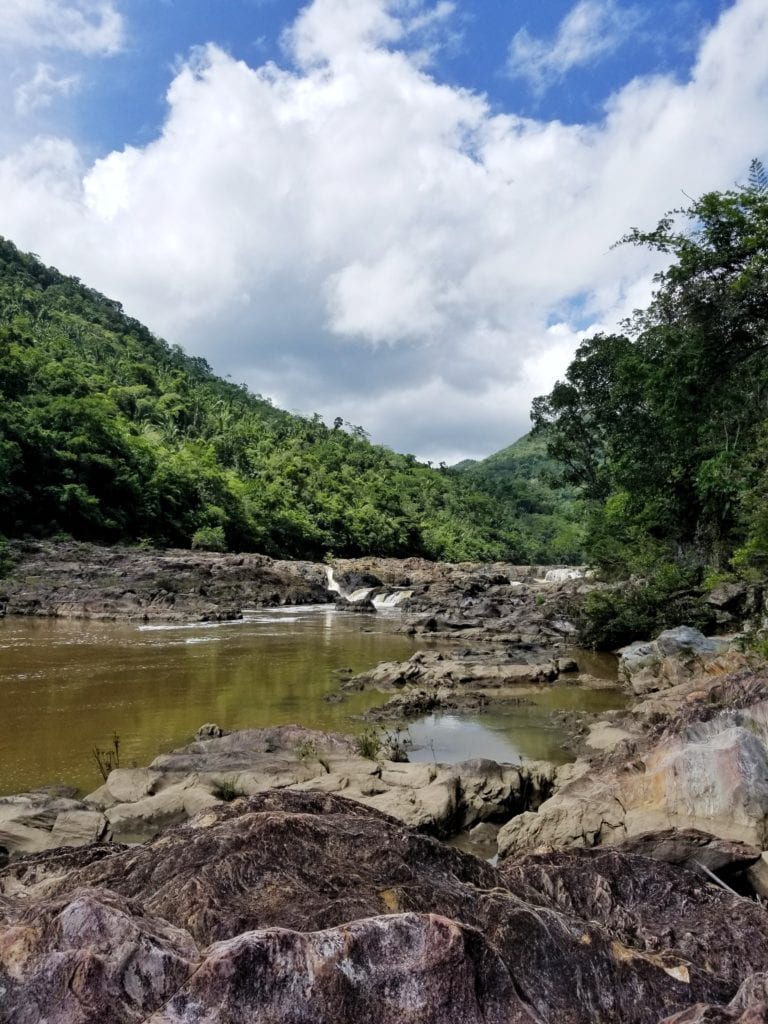