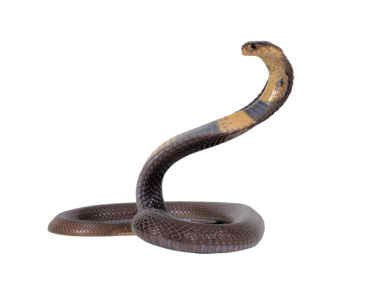 If you read this blog or know me personally, you know that I very rarely have the opportunity to act heroically. This is probably due to my incredible selfishness and the fact that I’m a coward. Given the choice of Fight or Flight, I fly every time. I don’t like getting hit in the face and I don’t really know how to hit someone else in the face. I mean, I can do it, but it will look silly and totally non-threatening. Getting your ass kicked sucks, and I don’t want to hear someone giggle while they’re doing it. I’ve never been close to being a hero, or saving a damsel in distress. However, people can change. I have changed. Last night I was the hero. Last night I rescued Lindsay from a poisonous, deadly and dangerous snake. The story goes like this…if it were a sleazy romance novel written by a moron.

It was a dark, moonless night with a hint of fall on the breeze. Lindsay and I had just come back from an evening of drinking absinth and reading our poems to each other. Being the gentleman that I am, I was giving Lindsay a piggyback ride from the car to the back door with a ball gag in my mouth, as she whipped me with a leather riding crop (relationships are all about give & take). As we hiked up the steps from the parking lot, Lindsay began to whisper dirty things in my ear, “Homeless people, port-a-johns, children’s hands”. I love that she is so literal. We arrived at the base of the back porch where she let out a glass-breaking scream.

Lindsay saw the serpent first and was shaken to the core with terror. Due to her emotionally unstable condition, she had jumped off my back, causing my long flowing locks of hair to fall in my face, and I was blinded by my own beauty. With her scream still ringing in my ears I peeled back the layers of hair in front of my face and locked eyes with the serpent. According to the internets this snake would be considered a baby Copperhead, but I don’t trust the internets - I’m pretty sure it was a Cobra. It was about 12 inches long and full of venom (just like my … you know. That’s a horrible joke and it does not belong in a romance novel. I’m sorry). It was wriggling out of its coil and snake started to strike at Lindsay and me. I pushed Lindsay out of the way, but not before laying down a picnic blanket for her to lie on so that she could watch her gentleman caller slay the beast! Regrettably, I had left my sword at home, so with the giant Cobra attempting to flee imminent death, and me lacking the proper tools, I decided to once and for all act on my manly, stupid death defying instinct. I lunged at the mighty beast, barely missing one of its razor sharp fangs. After safely shoulder-rolling back across the porch (trying to confuse the animal), I reached out with a purposeful hand, clenched my fist around the serpent’s tail and pulled him across the porch with great vervor. This is where time stood still. I felt the spirit of Steve Erwin rise within in me. Yes, the Crocodile Hunter entered me…probably through my cloacae. RIP Stevey.

The snake was angered! His razor sharp fangs extended in anger, searching for my flesh. Since I didn’t have Steve Irwin’s pillowcase and a stick, I decided to throw the snake approximately 20 yards in a pile of ivy. He deserved to die and burn in hell! However, I don’t think I killed him. I’d like to think that we’d meet again someday. Someday when I have my broad sword/shovel. On that day we can resume living normally and sleep without fear.

I made a check of the perimeter to make sure no other Cobras were around, then I gently placed the ball gag back in my mouth, and picked Lindsay back up to finish her piggyback ride to the back door (even after I saved her life, she made me finish the piggyback ride. I mean, the nerve). Anyway, we embraced warmly in the kitchen’s harsh and brutal florescent lights, softly kissing each other and humming the national anthem. We headed towards the bedroom. I made a quick pit stop to brush my teeth and by the time my Sonicare had completed it’s suggested recommended time usage Lindsay had fallen asleep. It was probably for the best. After wrestling with a Cobra, I was in no shape to tackle my Trouser Snake (I’m sorry. That’s another stupid joke that shouldn’t be in a romance novel). I crawled into bed with Lindsay trying hard not to wake her. I lifted her arms up and assumed my inside spoon position and drifted off into slumber with my little lady cuddling me. I’d had enough manliness for one night.

Recap: Lindsay and I came home after boozing. There was a snake on the porch. We didn’t have a shovel, so I grabbed its tail as it was headed up the door. Not thinking, I panicked and just threw the damn thing. I am now a hero and feel great about myself. I’ve been calling myself Indian Jones all day.

Everyone have a lovely day. I’m gonna go walk the dog.