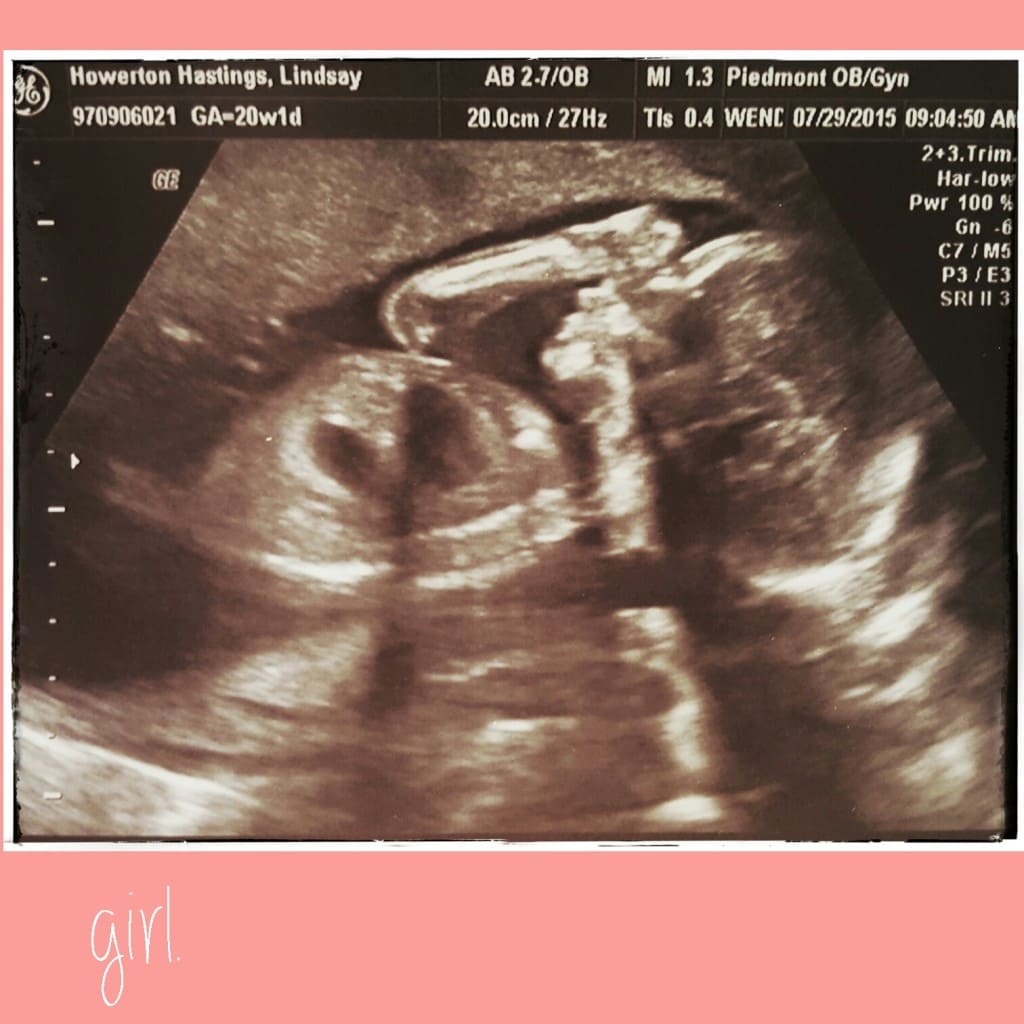 We'll probably be more gender neutral after this week, but homegirl has labia.  BABY LABIA.  I also will never say that again.  Or I might.  My friend just had a girl and said that when she had her anatomy ultrasound the tech explained what she was looking at in very specific anatomical terms, and while I know/hope that my baby has all the right parts, do you HAVE to say vulva when talking about a baby?

Yes, apparently you do.  And so do I.

We found out late last Thursday night when I got back to Jay and his leg.  He was loopy on pain meds so I let him open the envelope and THE SMILE you guys.  And the tears.  He was secretly hoping for a girl.  I wasn't hoping for anything, but I had it in my mind that it was a boy because I have no clue what to do with boys.  I'm totes cool with a girl.

So here we are.  Organs, GI tract, brain, labia.  13-ish ounces and measuring a few days bigger than her due date, so we're hoping for an early December arrival.