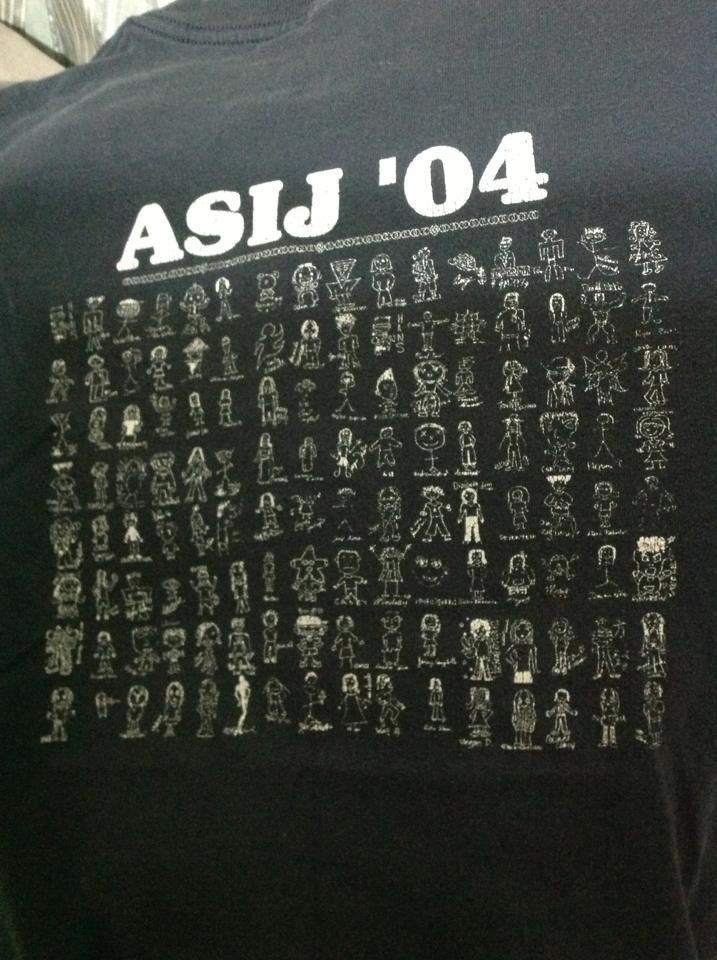 It's a massive loss for the world.  Not that all deaths aren't, of course, but this man was such an inspiration to thousands of students.

Mr. Huber was one of those teachers that probably inspired Glee.  Actually that teacher is currently in jail for relations with students, so NEVERMIND.  If Glee hadn't been made about a perv, though, it would have been made about Hubie, as we called him thinking we were cool.  I'm 99% sure we weren't cool, and 99% sure he hated it.

I went to high school in Tokyo, and Mr. Huber was one of the teachers that had been there for nearly his entire career.  His wife taught (still teaches, they took a semester off last fall I think) kindergarten in our elementary school, his 2 children went to our school, they were fully enmeshed in our school culture.  Heck, they were our school culture.  Family + education + arts was what my time at ASIJ was all about.

Part of what made Mr. Huber so special was that he taught us like adults - for better and for worse.  I remember one of the very first classes I had with him, he announced that phones needed to be silent, not on vibrate, "though what a friendly feeling that is."  Is that an appropriate thing to say to a bunch of 14 year olds?  I don't know, but it made me laugh and get the message at the same time.  Mr. Huber didn't have a ton of time to coddle us because he was busy making us sing music that we were almost not good enough to pull off.

We sang a choral version of Bohemian Rhapsody but had to change the "just killed a man" verse because we performed it right after 9/11.  He also deemed it too lame so we had to bring in some "real" instruments to make things a little more legit.  I thought it was the coolest thing ever, an electric guitar, a bass, and drums with a CHOIR.

I got to perform in the Tokyo Honor Choir with Huber's direction.  Singing with a large international group of really excellent singers with a visiting composer/director was one of the best things I to do in high school.

I was a member of Vocal Jazz Ensemble, our school's version of advanced or chamber singers.  We sang on individual microphones like a real band, had a band, which isn't always the case in high school choir situations, and had a super fun mix of solos and group work - all jazz standards, all legit music.  He taught us how to appreciate old music, find new versions if that was more our thing.  He spent the first 3 or so weeks of VJE every year making us practice setting up and taking down our sound system.  It was quick, efficient, and God help you if you didn't wind your mic chord correctly.  I credit him for having an iota of sense when it comes to sound equipment.

He took us to live shows, he was understanding when super important devastating breakups were happening, he looked the other way when he saw us out and about maybe not being sober.

After I graduated I studied abroad one semester in Japan when I was at Elon and had moved on to collegiate a cappella, a field in which I now work.  I was so excited to take Mr. Huber one of my group's CDs and tell him all about what we were doing.  Even when I was 20 he was supportive and excited for me.

He was a phenomenal teacher, community member, and friend.  He is gone much too soon, but he spent every waking moment making sure he made the most of his time here.