Oh great, here's some relationship advice for you. 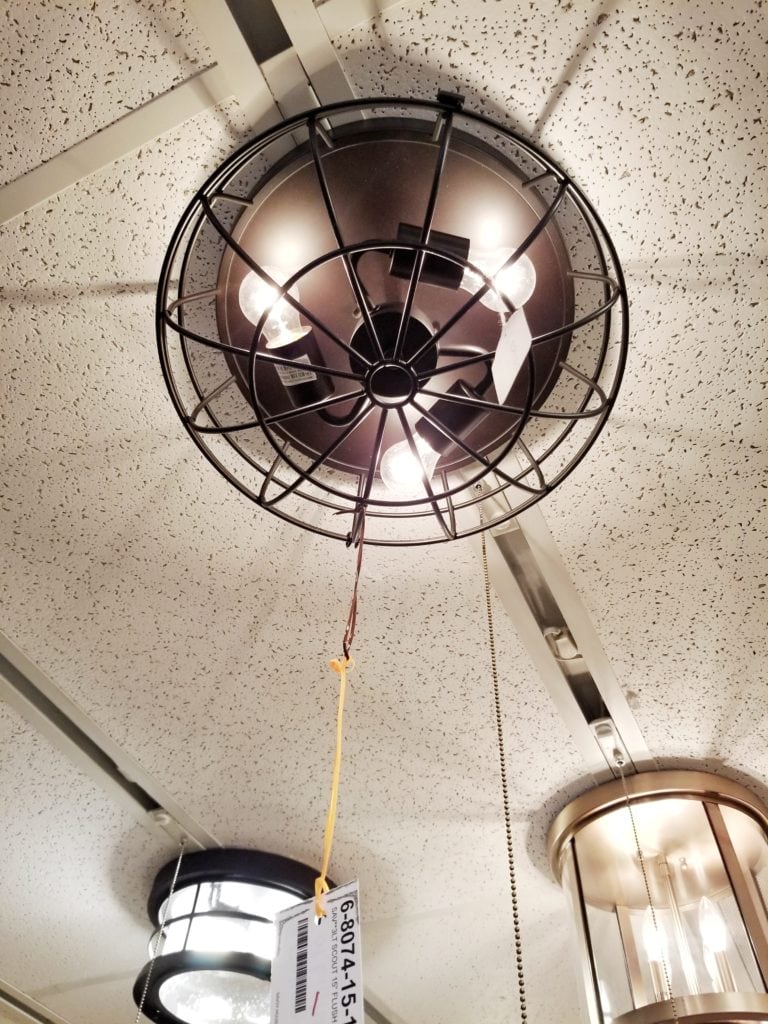 No but really, wait for it.

I posted this picture of a light I liked a few weeks ago, when we started looking at fixtures for the new addition. Then naturally I realized that we have never replaced a light fixture in six years in this house, and every single one of them are tired or broken or wonky in some way. I found the above fixtures on sale, so I bought three: one for a hallway that we already have and two for the addition. So Jay got a wild hare that he would install the light over the weekend while I was out of town, which was super helpful except that the instructions didn't come in the box (helpful), but when I got home we figured out how it should work and got to installing it while Beck was asleep.

Installing it right outside her door.

It didn't go great, but it went fine. It was a simple installation, but something about holding something over your head while standing super close to someone else trying to blindly connect wires just isn't on our list of fun things, and there was a part missing in the kit so I had to run out and get a replacement which was fine, but took time and energy. When I wasn't holding the entire fixture up (this was no problem as I am very strong and didn't mind at all) I was in charge of the flashlight, which I held at a perfect angle so that I could see what Jay was doing but the light was shining directly in his eyes.

Here, I think, is where things could have gone wrong. If Beck had been awake she likely would have been whining about something (this is her standard sound) and we would have been fake-calmly trying to keep her happy while holding the light fixture above our heads and blindly fiddling with wires. I would have shone (shined?) the light in Jay's eyes, he would have snapped, I would have bitched back, Beck would have whined louder, we both would have barked at her, it would have escalated fast. Not because we are particularly awful people, but because we were doing something we didn't love, it wasn't going perfectly, baby whining, all of it.

Instead, though, we were both bound by "silence at all costs while child sleeps or else," a very firm household rule. So, when the light got in his eyes, Jay said "please shine it on the wires," over and over again without changing the tone of his voice. In turn, I never got an angsty feeling of "I'm sorry I'm trying my best why can't you just be NICE TO ME WHAT IS WRONG WITH YOU." When the part was missing, I calmly said "I'll be right back, heading out to get a screw that fits." No one was thinking "she is shining the light in my eyes because she HATES ME AND IS INCOMPETENT," or "of course the fucking screw doesn't fit, nothing ever can be purchased that just WORKS, of course HE can't go to the store." We had a common goal: get the light working in the quiet, and we saw it through without much thought or discussion.

Later one of us mentioned "that was easier than it could have been," because I'm sure in the moment we both were a little tense. Home improvement does that to us (the addition is going fiiiiiiine, thanks for asking), and I know we aren't the only ones. What made it work, though, was literally the opposite of "never go to bed angry." I don't believe that everything needs to be talked about. I think sometimes you need to go buy a new screw without a ton of analysis and get something done without a big production. Per the other expression, go to bed and see if either of you simmer down. I think big talks need to be saved for the big stuff, and emotion doesn't need to be assigned when a light gets shined in your eyes, maybe it's just a weak wrist and not some sort of personal affront. The forced quiet is something we laughed about but both acknowledged as a positive thing in that moment, there was no way we were going to let bickering mess with our kid's nap, but what ended up happening is that we didn't need bickering at all to get something that was fairly simple done. Duh.

The light looks great, we don't have another little scar of a fight about nothing, and Beck got a longer nap because we behaved like rational humans. We might try to do that more often.