I'm 32 today. It's extraordinarily anticlimactic because when there are toddlers you realize how little you matter in the world besides staying alive to feed people and tidy up after them, but somehow that feels very important. 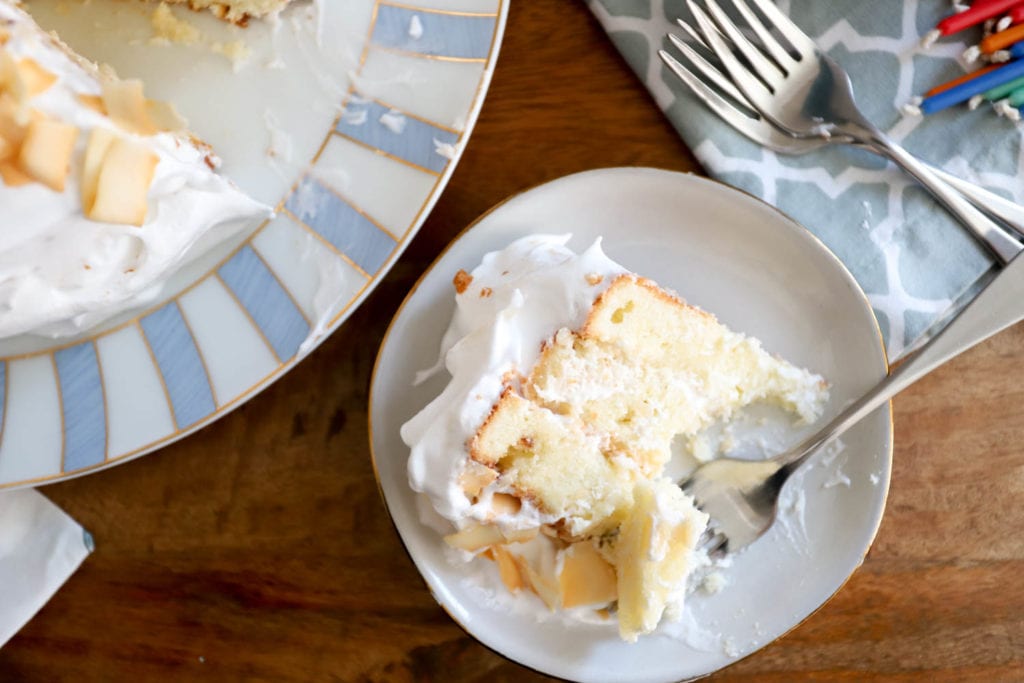 My theme for 32 is heightened anxiety over untimely death, it's very soothing.

I think it's because my life is so good, honestly. I'm terrified of not being here for it, and then I realize that consuming my thoughts with things like that is really a waste of the being here time, and around and around we go. I don't let it consume me, necessarily, but I'm often tearful at just how lucky even the most mundane moments of my life are. Beck begins nearly every sentence with a whine, Jay and I both work too hard at the wrong times, bills come out of nowhere, school debt (and all of the other debt) is relentless, I'm not anywhere close to comfortable with the state of our government, but somehow it works, it works well, and I'm grateful for it.

I also notice as I grow and change that I feel more ready to handle things. I'm not fearful to stand up for myself when people treat me like crap, much to those people's chagrin. I don't let Beck walk all over me, and I don't cringe at the thought of trying REALLY hard to keep the TV off around her for days at a time because I know it's important. It doesn't bother me to be a mean mom compared to other moms, or uncool in the work department. I believe really strongly in the work I do and try hard to find a balance between it, family, and hobbies. I try to eat more veggies and drink less and sleep more and better because I know it's worth it, and I don't beat myself up when I fail, because I actually don't believe that making the non-best choice is a failure at all. 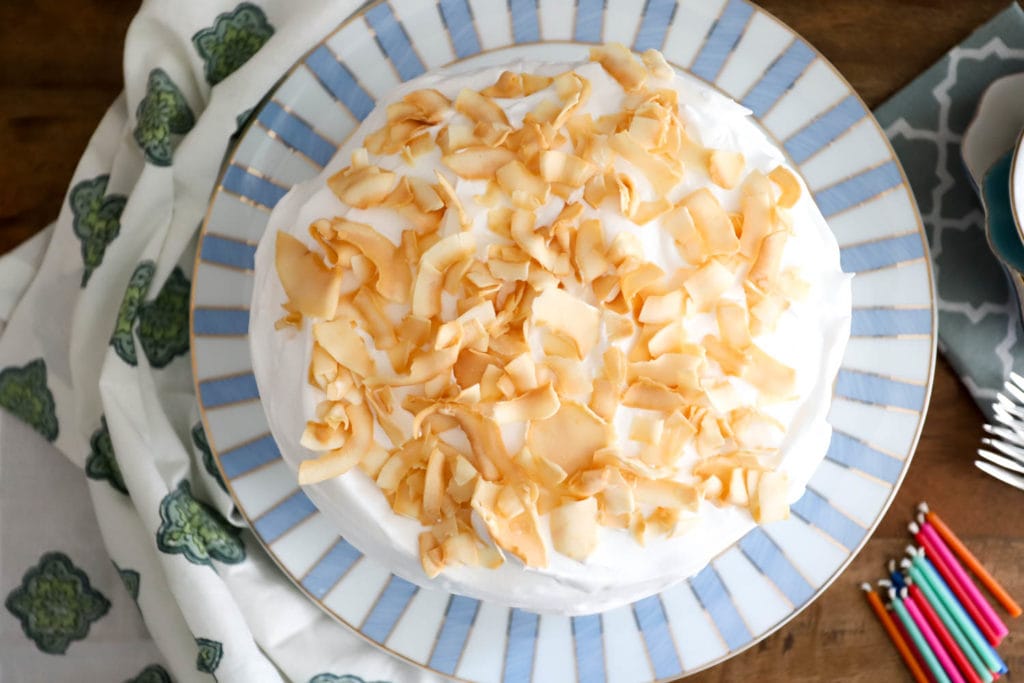 Also I'm incredibly pleased that American Idol is back and fully intend to watch every episode as soon as I have time to do so.

My life is boring and great and nondescript and fun, is why I don't want to miss any of it. Also, there's cake!

I am clearly not a baker or a cake decorator, but I do like baking a few times per year and am always seeking out go-to recipes for things that we love and can use over and over again. This is that! Jay and I love coconut cake at restaurants (his family is suuuuuper into bakery coconut cakes, which is not a bad thing), so I searched high and low for a good recipe that seemed like it was trustworthy. Emeril's recipe didn't involve a ton of random ingredients, and my family has been making 7-minute frosting since I was 7 minutes old (ha), and it's Emeril, so I went with it. 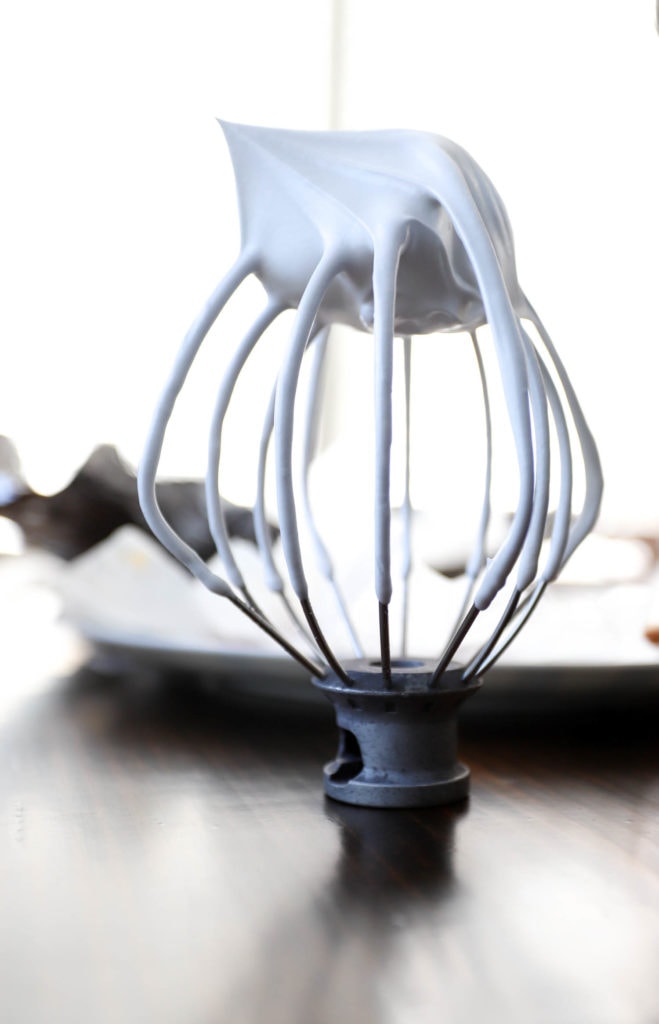 Real thoughts: It was good, not great. Actually, it was great, but not what I expected. The cake itself was slightly dense in a good way, like wedding or pound cake. The flavor was great, and the only alterations I made to the recipe were to omit the coconut extract but add in a layer of coconut simple syrup before frosting to keep the cake moist. Jay and I both agree that this particular cake would have been better suited to a buttercream frosting, so that's my recommendation. The 7-minute frosting is SO light and fluffy that it just gets eaten up by the butter-based cake, and a more sturdy frosting would last longer on the counter if you don't eat the cake all in one day AND stand up better to the more dense cake. 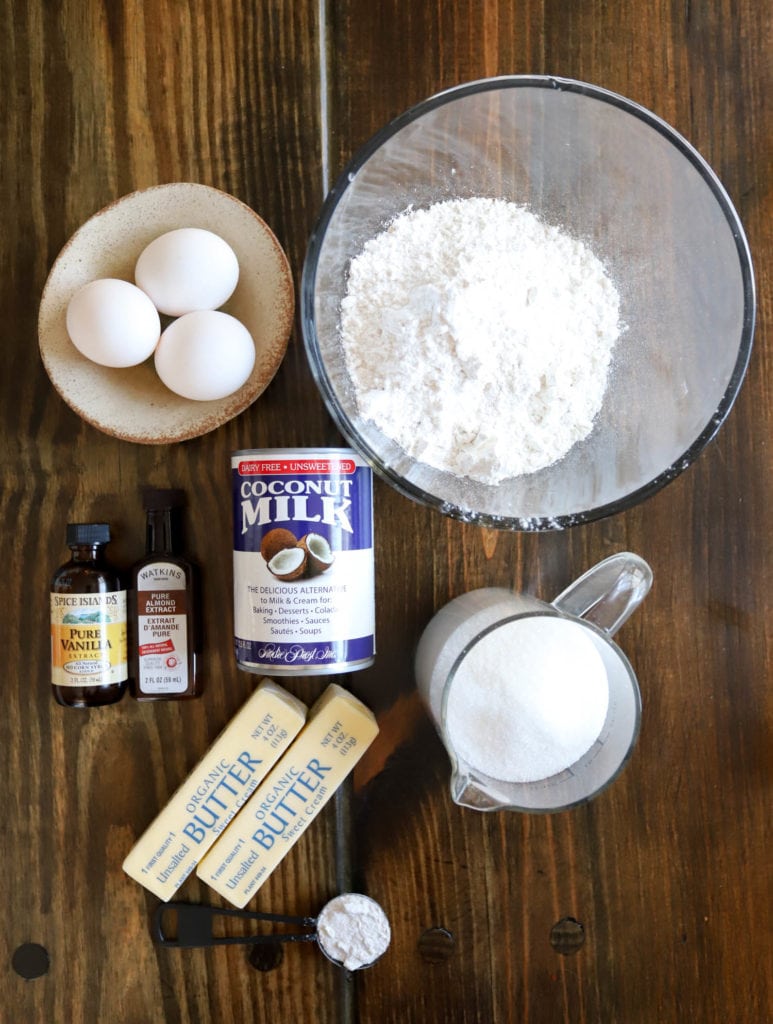 I made the cake in three pans for elevation and extra room for coconut syrup, but you can of course make two layers like the instructions call for. 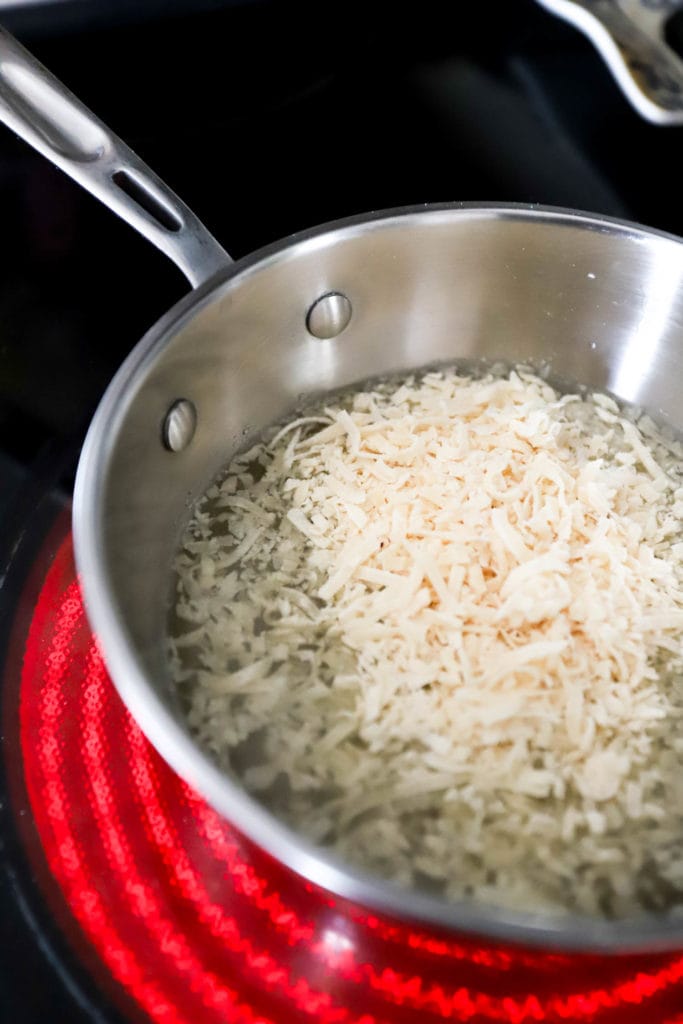 To ice, I brushed each layer with the coconut syrup before icing, using the coconut shreds between the layers as well. So it went cake, simple syrup, icing, repeat, ending with frosting all over the cake. 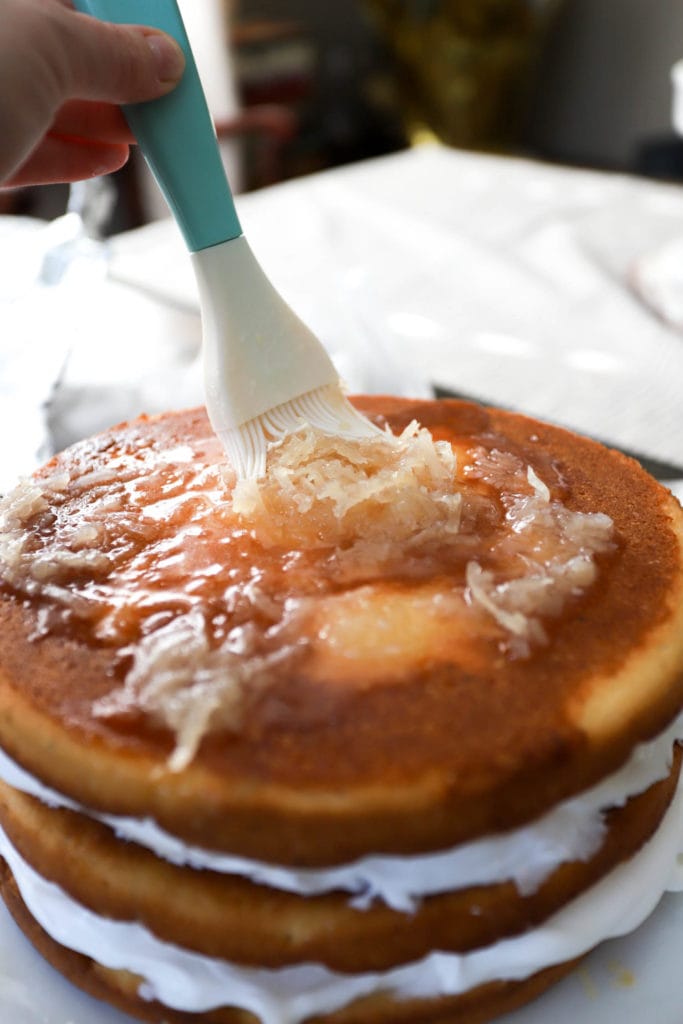 I used these coconut chips to top the cake and the salt factor was wonderful against the super-sweet cake. 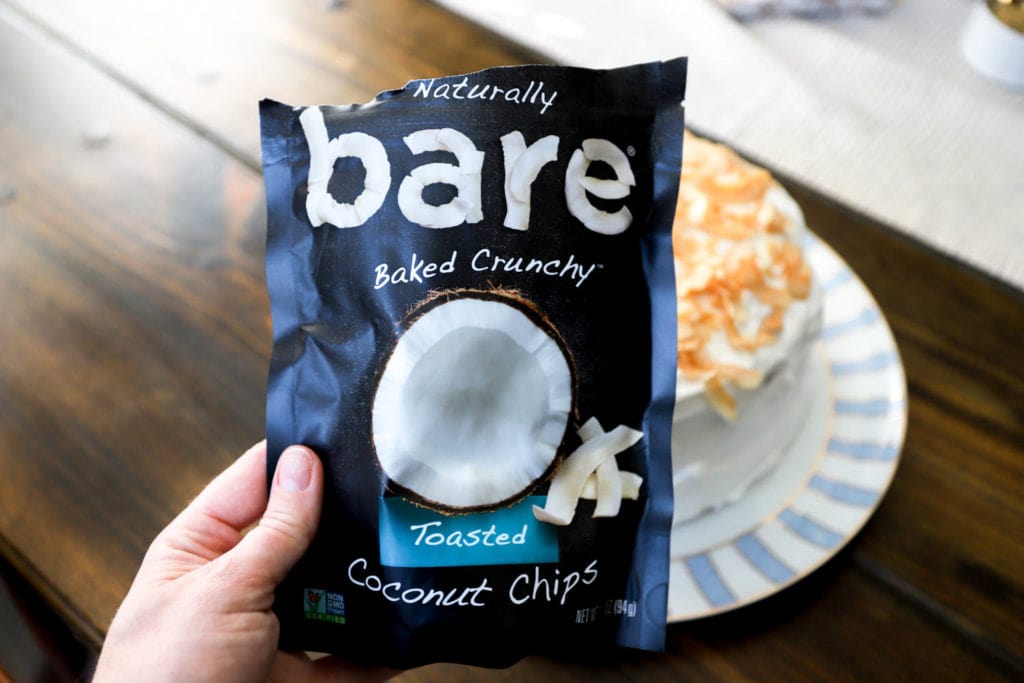 So here's a cake for us to have this birthday, and a wish for myself that this year includes lots of friend and family time, slow and steady professional growth, and more time in the sun because IT'S SPRING. 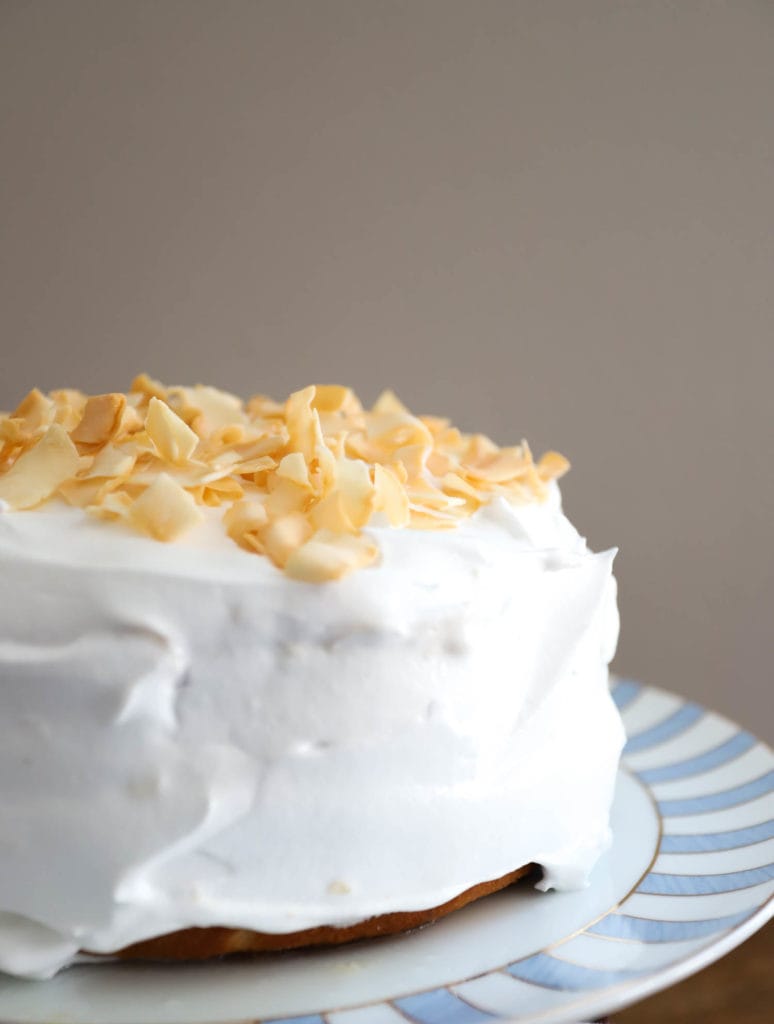 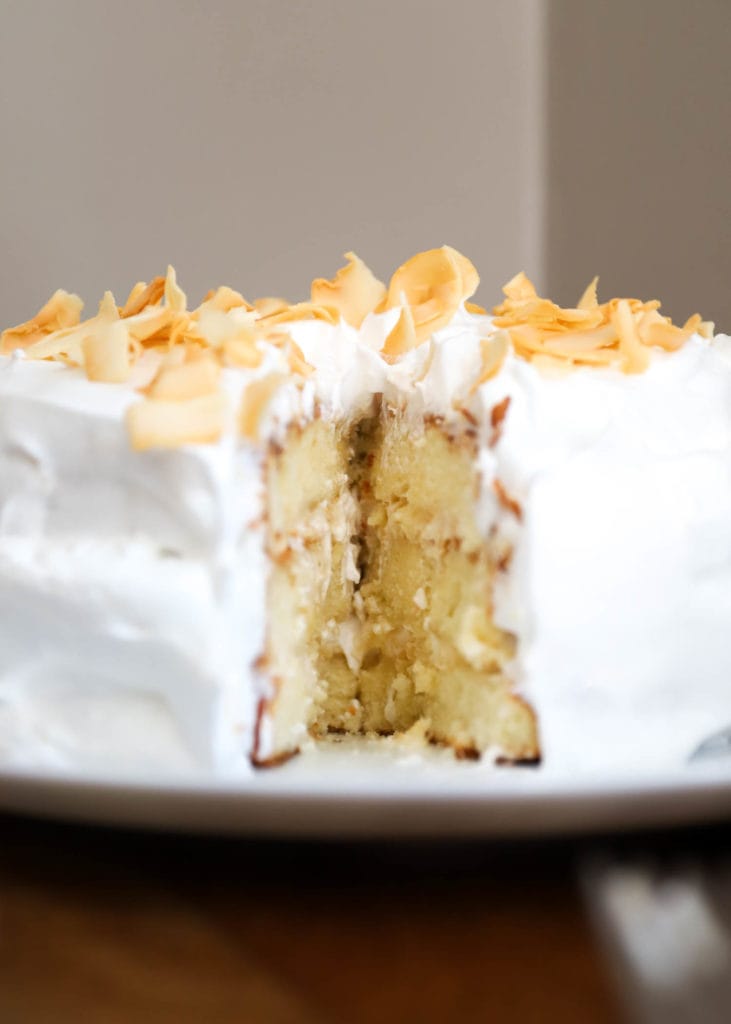 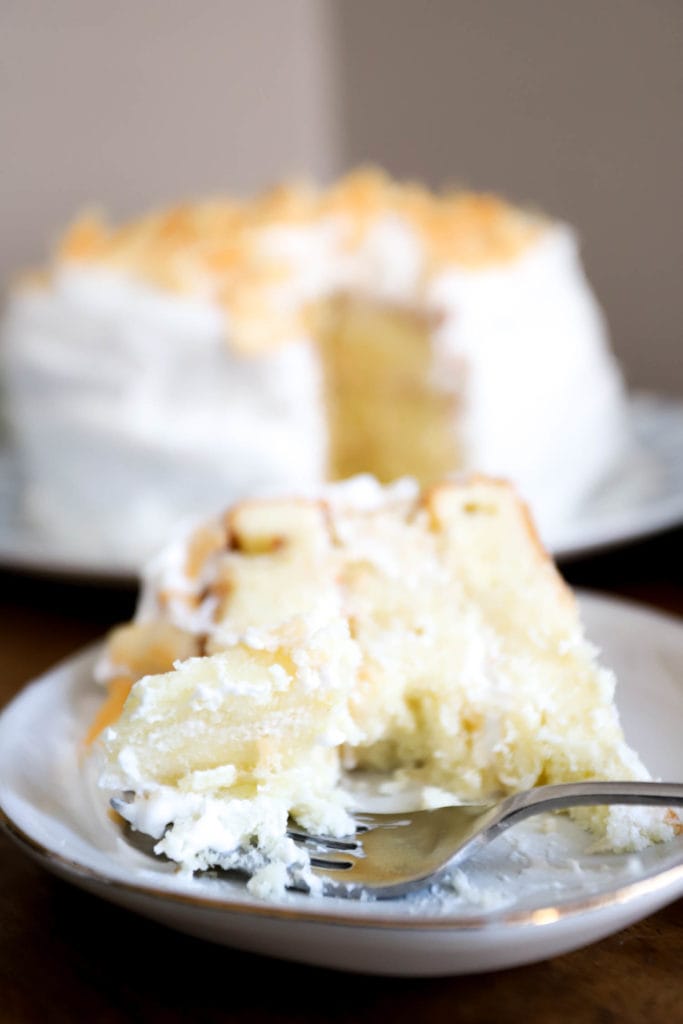