Or Kofta or approximately one million names that describe the ground beef dishes that are prevalent in Greek, Mediterranean, Middle-Eastern, and North African cooking.  Seriously.  Those peeps have it GOING ON with ground beef.  Sometimes on sticks, sometimes not.  I saw some food show that said the word kebab doesn't have to involve a stick, and I was all YES because the idea of molding ground meat around a stick and cooking it and hoping it didn't fall off OR cooking ground meat and sticking a stick in later both sounded ridiculously annoying. 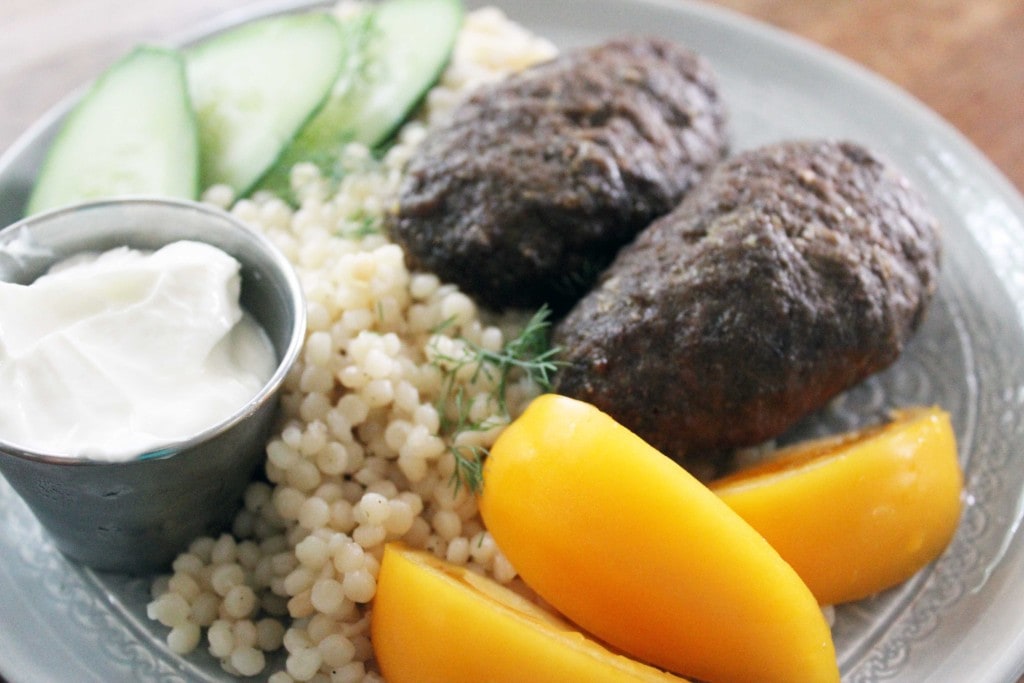 Because you don't eat the stick, so it's a waste of my damn time.

So here we have an "easy," read: fusion that probably is nothing authentic from any of the above-mentioned locations, version of kebabs.  Ground meat seasoned with tons of stuff, molded to essentially make little meatloaves and roasted until browned and sexy.

Side note:  You could totally use lamb for these if you wanted to.

For serving, we have dinner or appetizer options, and why not?  As dinner, couscous, yogurt, and raw veg are lovely with these, as an app you could make actual meatballs instead of the kebab shape, and you COULD DEFINITELY TOTALLY SHOULD stuff this in a pita with shredded for lunch.  So basically we have a delicious way to prepare ground beef that you can then eat 7 times a day in different applications.

Let's roll with it.

You need ground beef, onion, garlic, bread crumbs, cinnamon, crushed red pepper, allspice, ground ginger, cumin, olive oil, and salt, then you obviously need whatever you'd like to serve these with.  I say start with full-fat Greek or Lebanese yogurt and go from there. 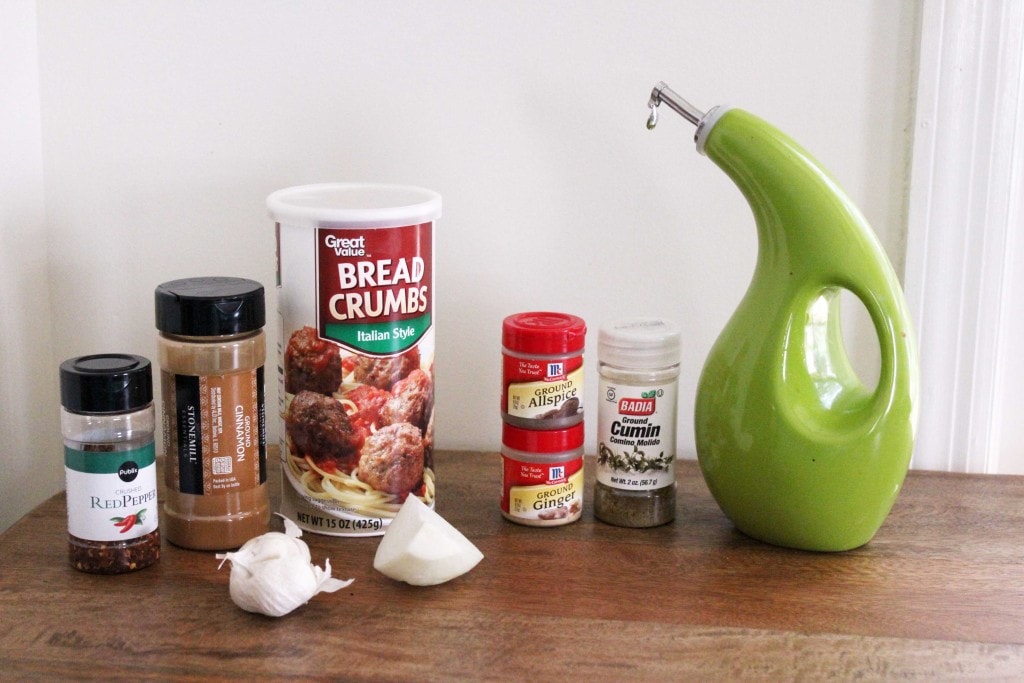 Preheat the oven to 425F and line a pan with parchment or prep for however you like to roast meat.  Grab all your spices, and get the beef in a bowl.  I like to do all of that first so that once the raw meat work starts I don't have to touch anything else.  If you saw the mold in my bathroom you'd be all "why do you even care?"  It's fine. 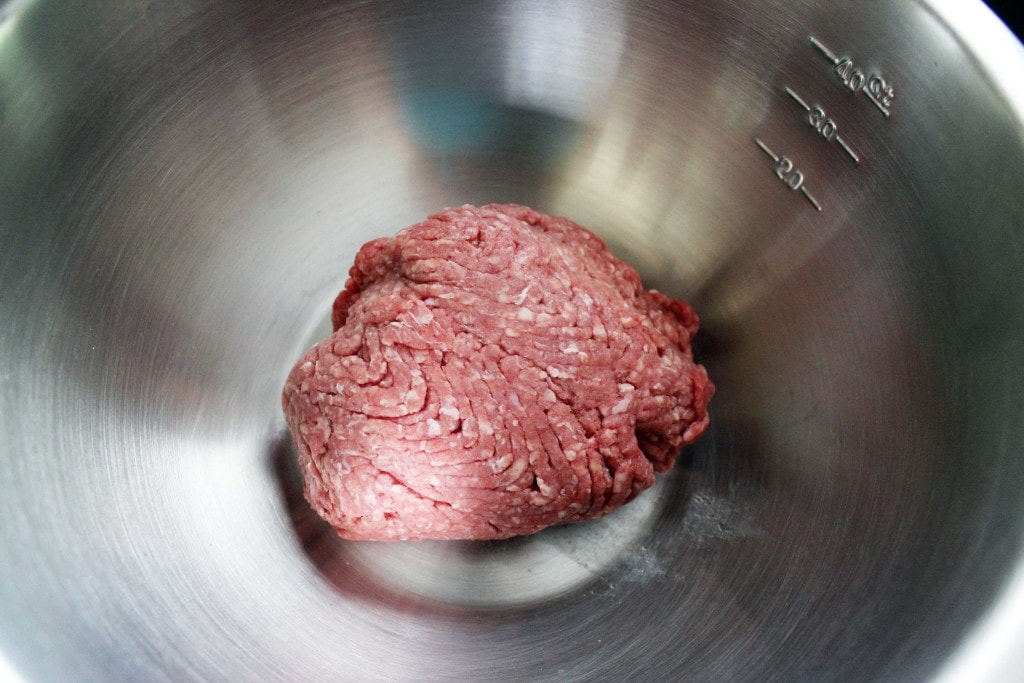 Then, grate the onion and garlic directly over the meat to catch all the juice and flavor!  If you don't have a little grater just mince everything finely, no bigz. 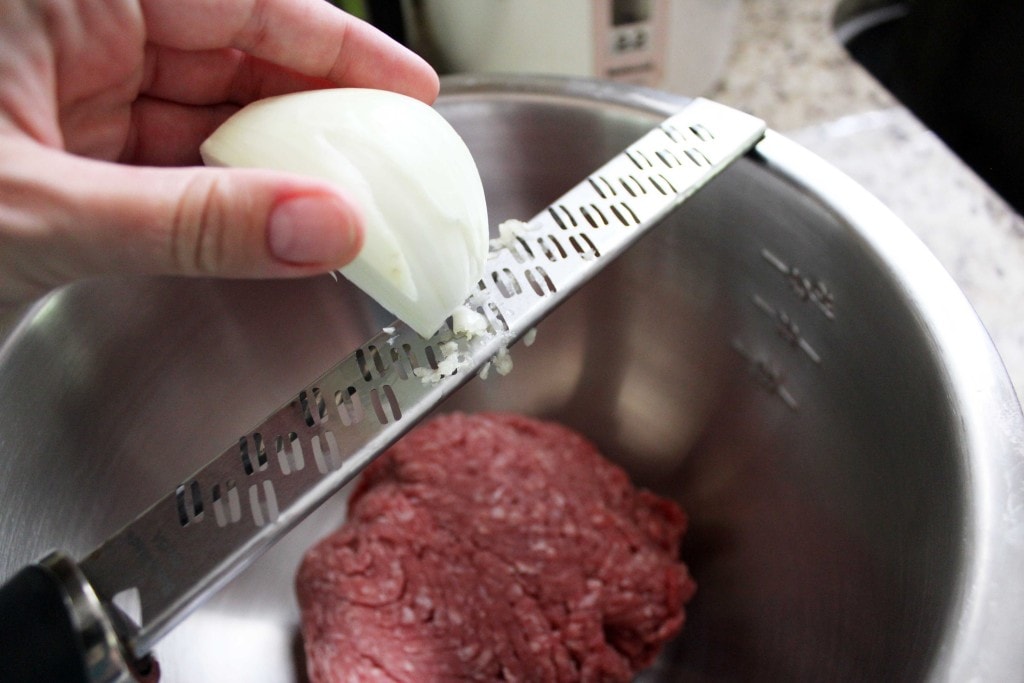 Add the spices, too.  It's a lot of spice, but the flavor is really delicious and it's not like ground beef is the most delicate flavor in the world.  The heavy meat flavor can totally handle the heavy spice flavor. 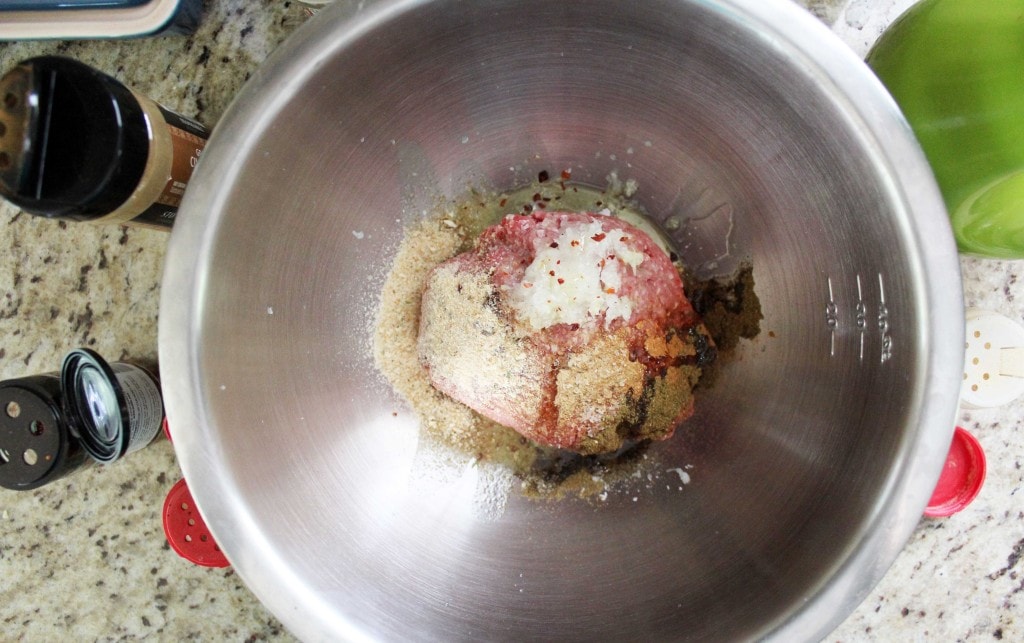 Use your fingers to incorporate the spices into the meat, then form into little loaves.  I used less than 1 pound of beef for just the two of us, but of course the recipe can be easily doubled. 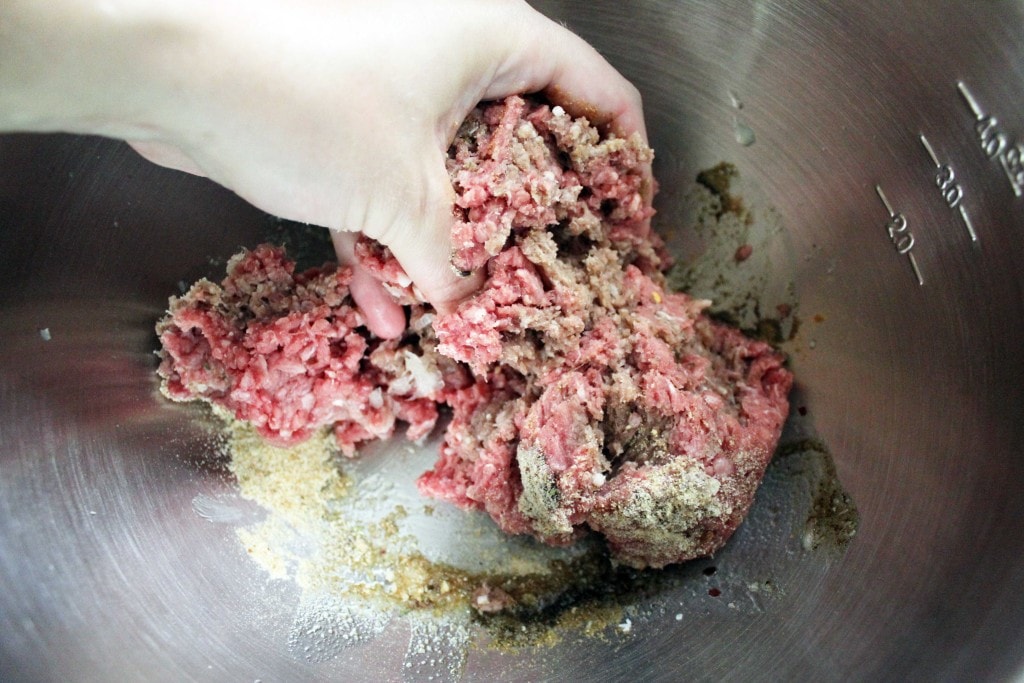 Just bake the kebabs right before you'd like to eat them for 15-20 minutes until they're cooked through and slightly browned on top.  If they're a little pink in the middle that's A-ok too, it just depends on your meat-eating preference. 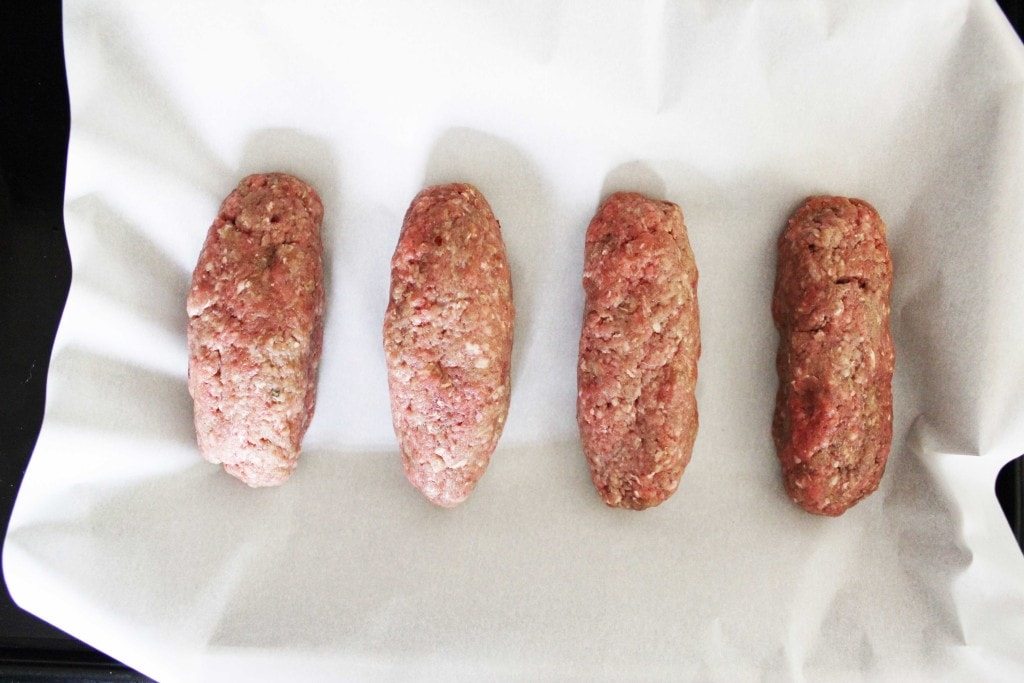 Again, how to serve is up to you. 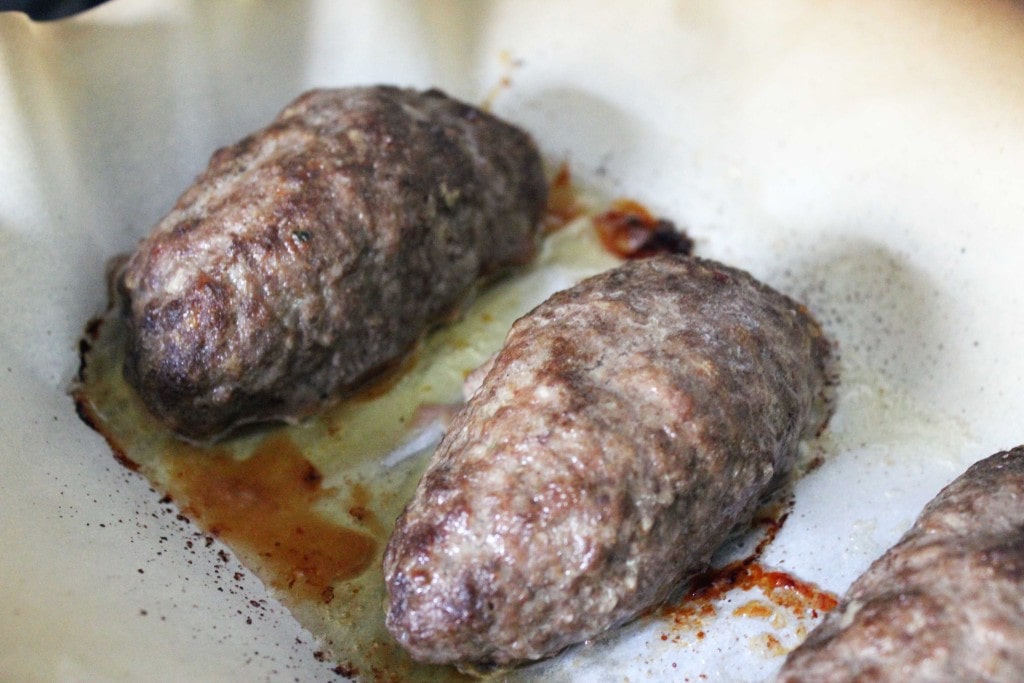 Here's my snack version - pick the meat up with your fingers, dunk in yogurt, EAT. 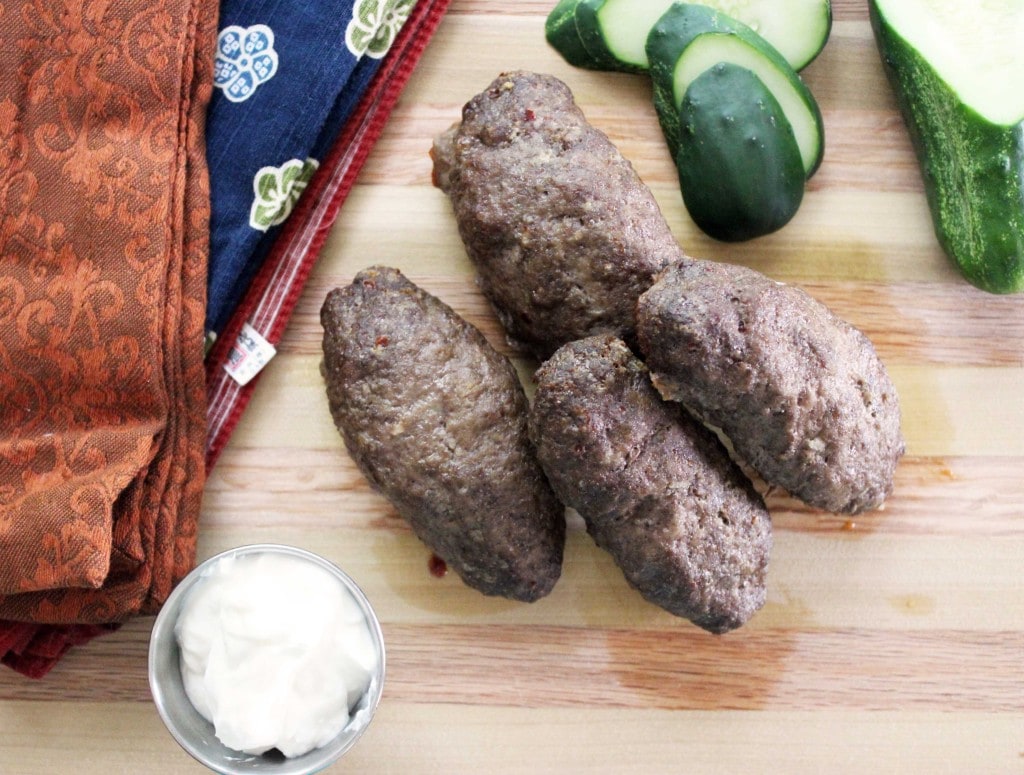 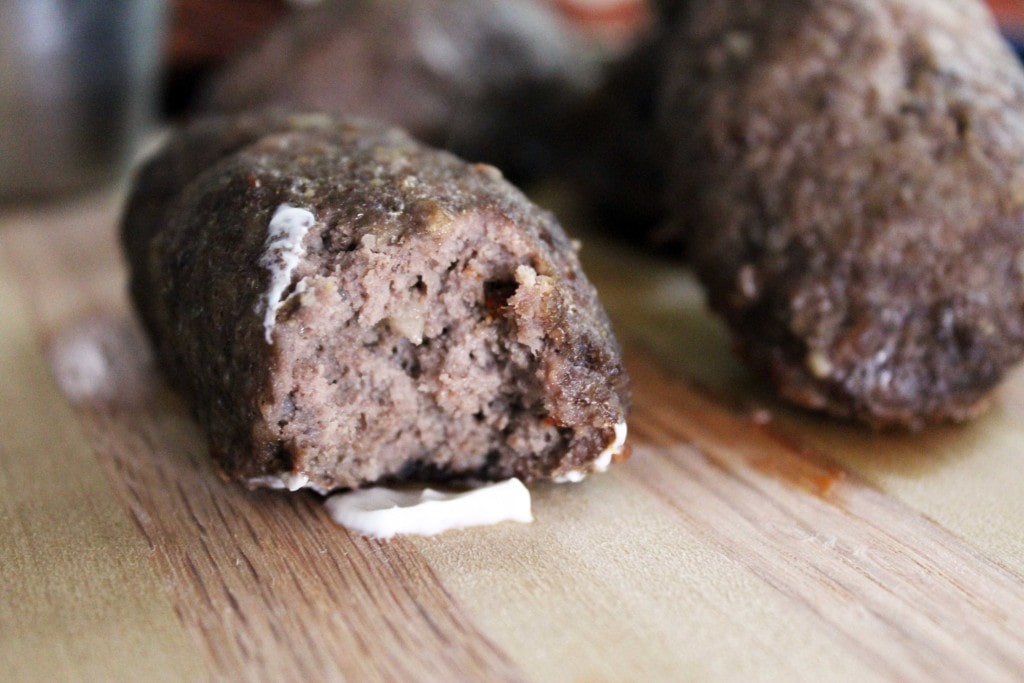 And dinner!  You could of course roast some veggies to go with the kebabs since you already have the oven on, but I like the raw veg contrasted with the super flavorful meat and cold yogurt. 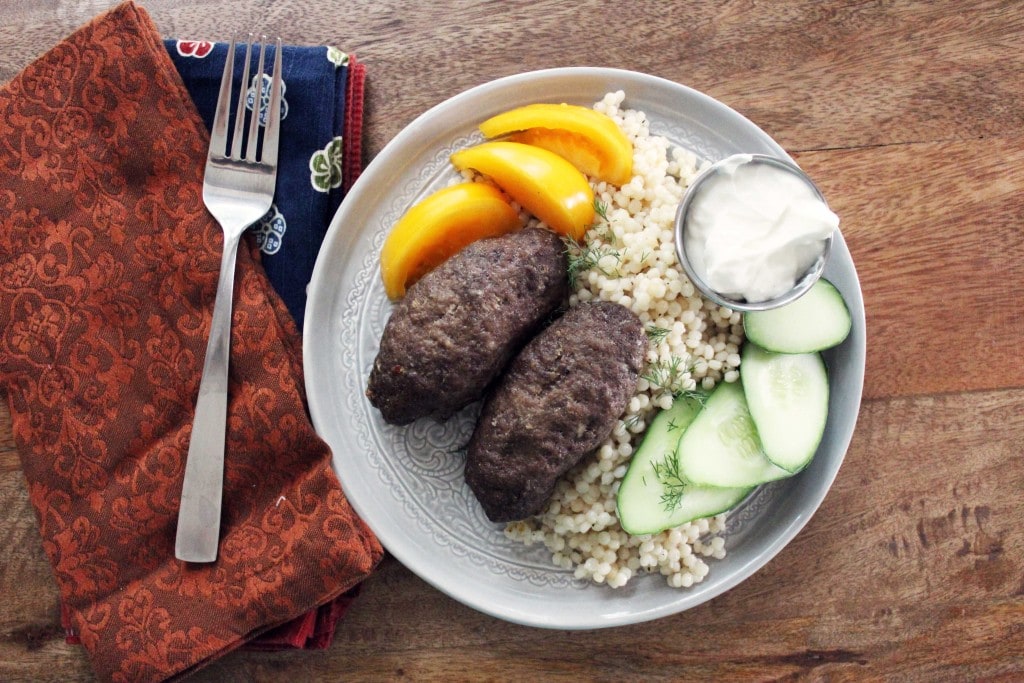 No matter how you serve these, the meat. is. the. star.  The flavors in the beef are just SO good, and using ground beef means that you can eat these on a Monday without breaking the bank or exerting too much effort, and everyone wins.  Boom.  Enjoy!