....and final part, thank g for anyone that hates this kind of posts. 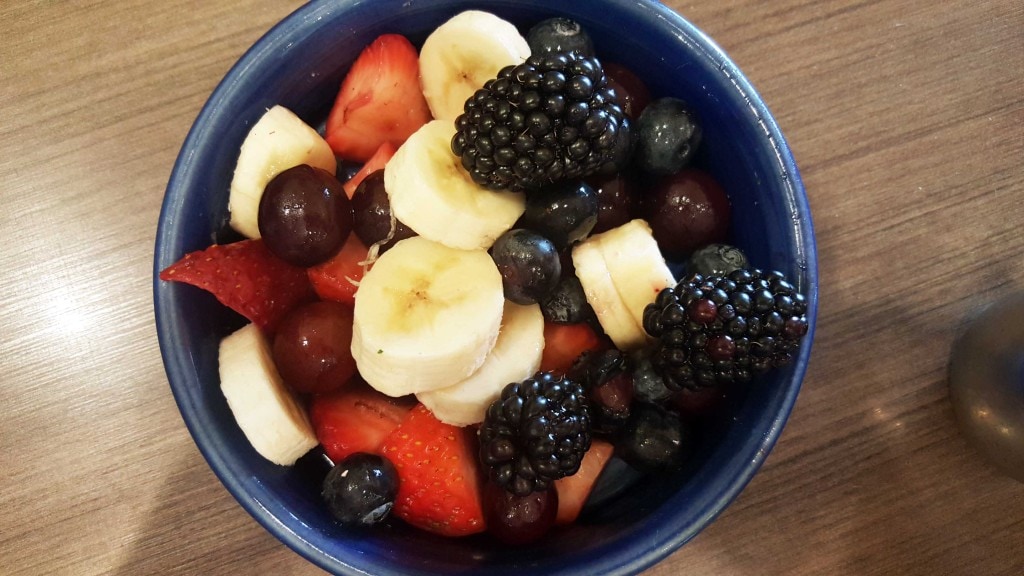 SO, after we ate all day Saturday and wandered all day Sunday, we had a little more time before I came home, BUT Jay did have to work a little bit.  We also had Jay's coworker with us starting on Monday at lunchtime, which was great because we don't really like each other all that much.

Monday early for breakfast (Before Jay had to start working) we went to Snooze, which EVERYONE had recommended to us.  Strangers on planes, the internet, friends who had been to visit AND who lived in Denver - not one person that we asked didn't mention this restaurant.  So, to Snooze we went!

And thank goodness, because it was SO good that we went back on Tuesday for breakfast before I got on the plane, no joke.  Our server was great and we let her know that we were sharing things and wanted to try lots, so she recommended lots of things for us to try.  We settled on The Banana Nutella Situation which involved ... exactly what you think it would, a side of fruit, and Snooze Spuds Delux, where you basically get a mountain of hash browns and add some toppings.  You will be shocked to hear that we added chorizo, poblano peppers, and green chili.  This version was more like a salsa verde, super spicy, and ridiculously delicious.  Our one comment on the hash browns was that they were completely void of flavor and I forgot to order them well done, so you really needed salty spicy flavorful toppings to go with the plain potatoes.  The Banana Nutella Situation was one of the most delicious things I've ever eaten in my entire life and you need to eat it too.  It was like brioche french toast with the aforementioned ingredients.  AMAZING. 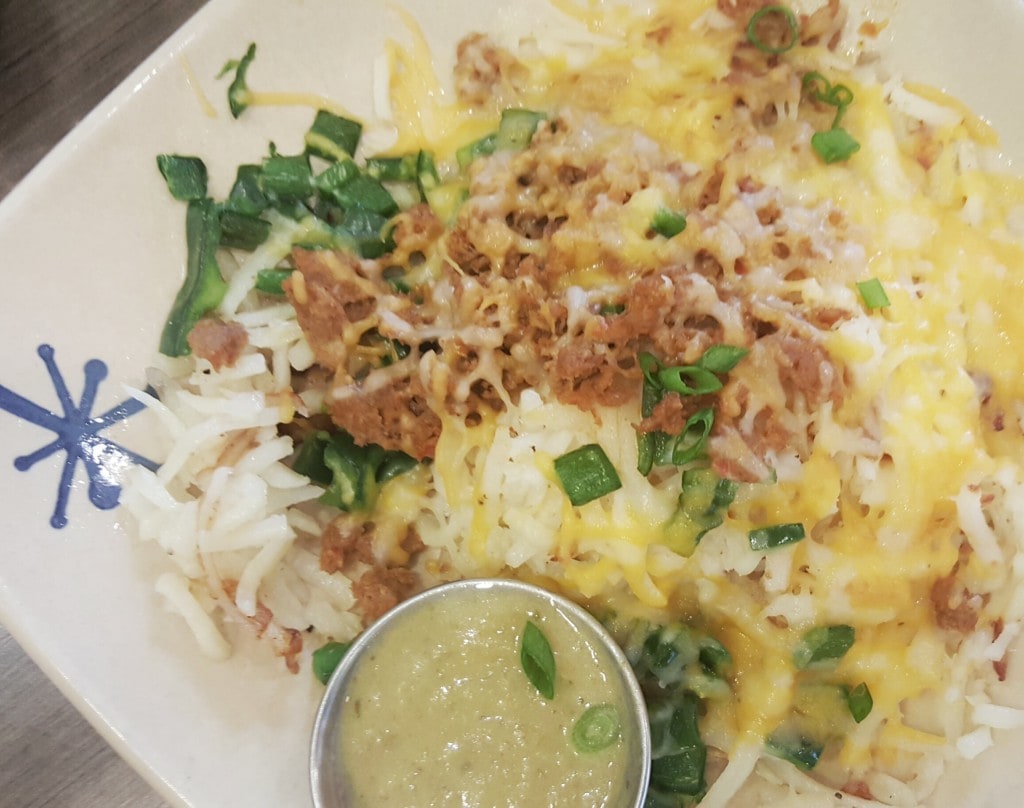 Then, because we are lucky in food, our waitress brought us a pineapple upside down pancake to share and that MIGHT have been our favorite dish of the entire weekend.  But I can't really decide so...everything was my favorite.

Since we liked it so much, we took Jay's coworker there the next morning and ordered different food.  I ordered a la carte with chorizo, a pancake, hash browns, and fruit, and ate about ⅔ of it because PREGNANCY.  Truthfully, I could have eaten it all but we needed to get in the car for my flight.  Jay ordered the Snooze version of the BLT breakfast sandwich and absolutely loved it.  So, no matter what you order, you'll be super happy at this place.  The pancakes were just insanity. 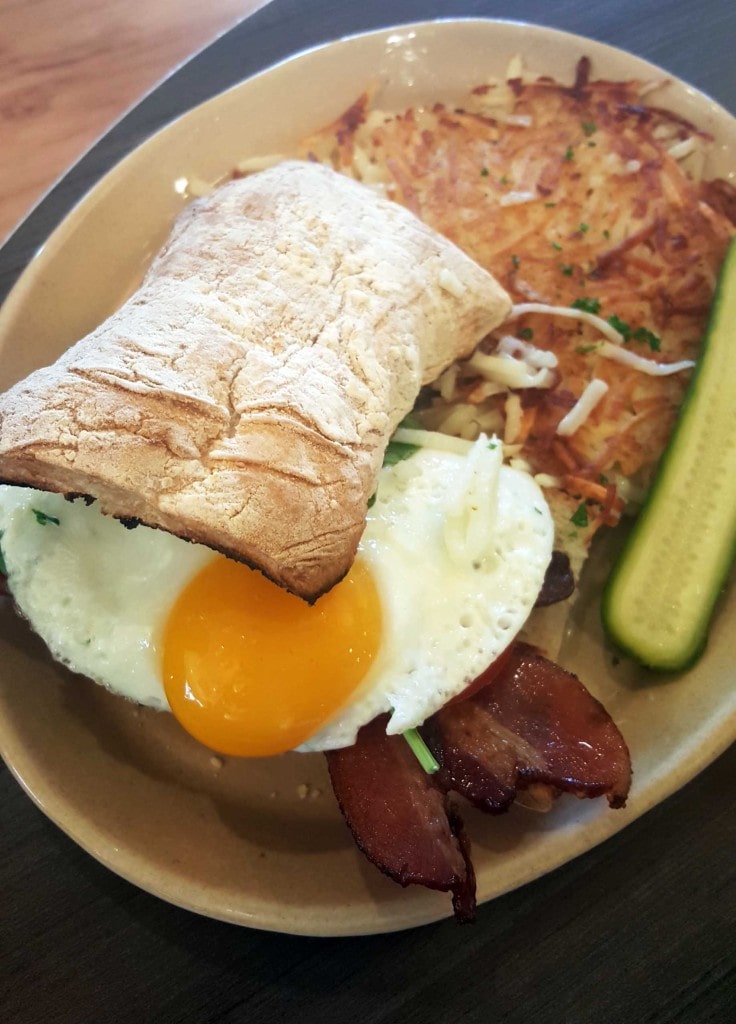 But, back to Monday!  After our huge breakfast Jay had to work for a little while, and then we met Geoff for lunch and to head back into Denver for some playtime.  For lunch we landed at Le Central French restaurant, which was advertised as affordable french and had a sexy looking menu.  IT WAS TOTES ALL OF THOSE THINGS.  The food was delicious and SO reasonably priced.  Jay had one of the moules frites (mussels and fries) offerings, which means you pick a sauce to go over the biggest portion of mussels I've ever seen with skinny crispy wonderful fries.  Geoff had the crepe of the day which involved steak and chipotle sauce and was amazing (oh YES, I had met the guy 2 hours prior and you bet your ass I took a bite of his food), and I had the quiche with salad and fries.  To start I had gazpacho and Geoff had a creamy turkey soup, and we loved those as well. 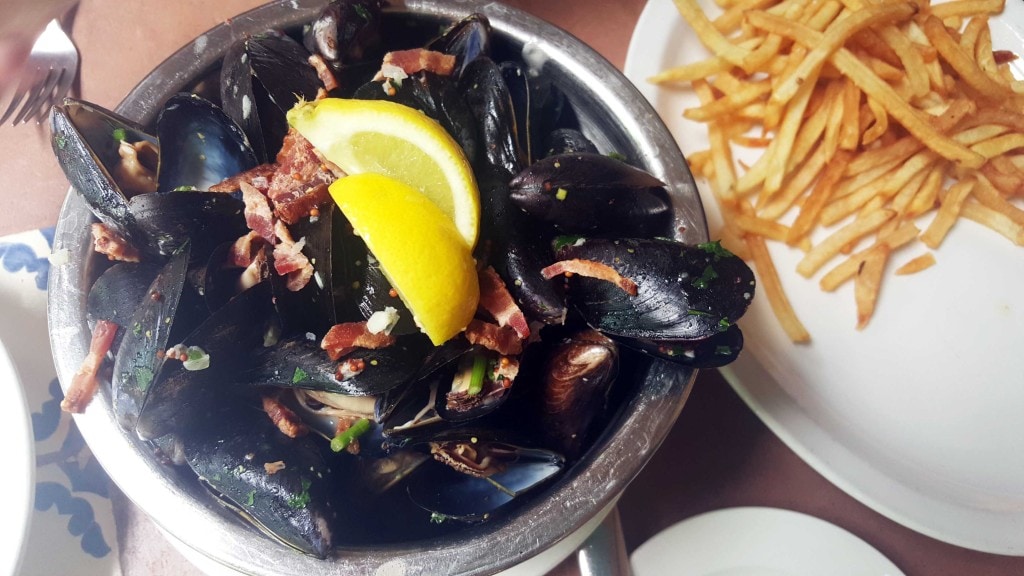 I have nothing to tell you other than DON'T judge the atmosphere when you walk into Le Central.  It's a little...dinky...I guess would be how you'd describe it, and the clientele could only be described as sparse and elderly when we walked in.  BUT, the service is excellent and the food was amazing, so why the place wasn't completely packed is anyone's guess.  Go here, seriously.

After lunch we headed to Epic, another brewery, this one actually based in Salt Lake City with a Denver location, to try some beers and watch some soccer, and we loved it.  Epic was in a cool industrial area near some random artsy places, food truck stops, and other breweries, so it was fun to see a different area of Denver and relax in the brewery, which had a really modern feel with high ceilings and lots of space.  I drank a few samples of beer and about a gallon of water and loved every minute of it.

Then we hit the hotel for dinner that night because we were TIRED and also the guys wanted the late-night happy hour that involved $5 versions of Moscow Mules, and boyyyy did they ever enjoy those.  Then we slept for a million hours and repeated breakfast the next day at Snooze, and then I had to get my happy butt back on a plane home.

And that, my friends, was Denver.  And I already want to go back.  Babies can go to dispensaries, right?