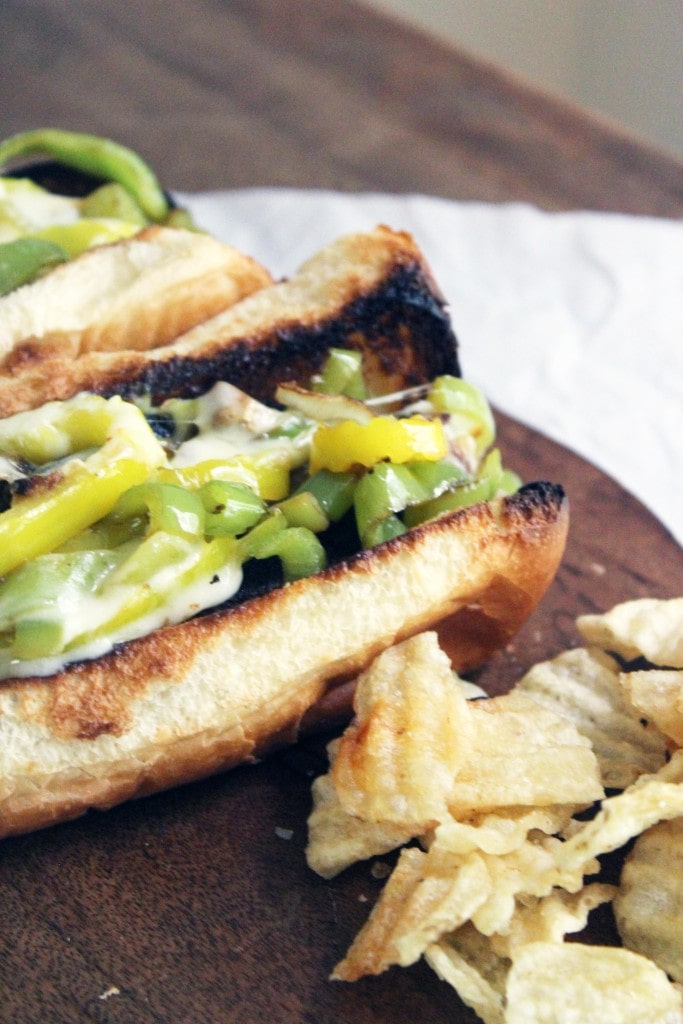 It's also almost our favorite summer holiday, the 4th of July!  I don't know if it's your favorite, but it's fun and happens in the middle of the summer and it just BEGS for a cookout, amirite?

There are tons of burgers out there to make, but I think that hot dogs sometimes get left out of things, save for plain dogs with plain toppings where you only make a few for the picky kids at parties.  No one likes those kids.  But why not treat dogs like burgers?  Sex 'em up, you know what I mean.

I actually despise "regular" hot dogs, which is why these aren't hot dogs at all.  My parents really never fed them to us growing up, and even when we were at events where we had the choice, I always went for a burger over a dog.  It's just me, and now as an adult I really don't like them.  Incidentally, I DO like squishy soft slightly sweet hot dog buns, so if I ever find myself at an event with nothing but hot dogs (it happens, especially in the nonprofit world), I'm happy as a clam to eat chili and onions in a hot dog bun.  Gross?  Nope.

So HERE is a version of a dog that I love.  Super sexy sausage, super squishy bun, super cheesy toppings.  Let's do it.

You need hot dog buns, chorizo links, green bell pepper (the long skinny light green mild pepper), onion, pickled banana peppers, garlic, provolone, and mayonnaise.  If you think you hate mayonnaise, wait for it, we're going to cook it so you won't even know it's there. 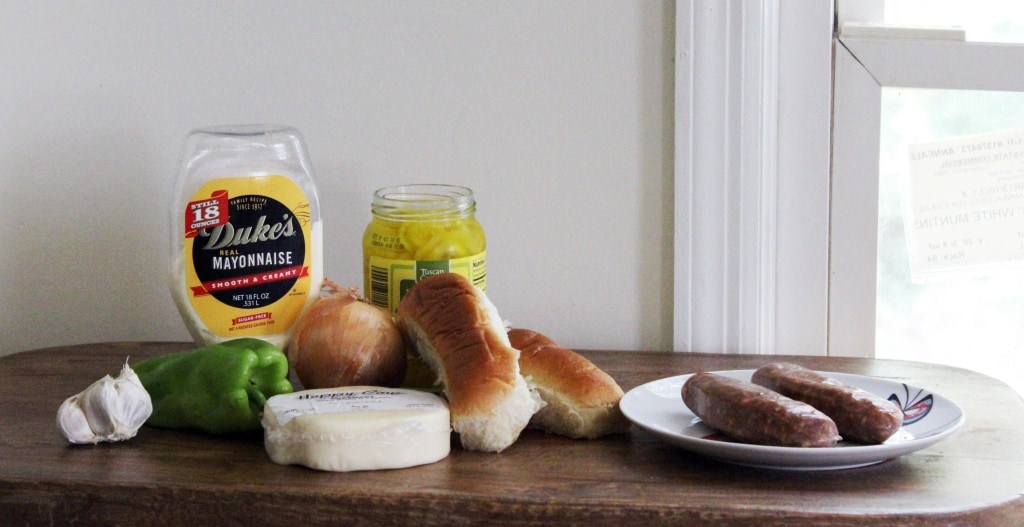 In separate pans, we'll work on the peppers for the topping and the dogs.   Then we'll toast the buns, then assemble everything.  Perfect!  I cut the chorizo in half, then grill both sides.  Then, it kind of fits in the bun and the toppings go in the chorizo.  We basically layer the bun and chorizo.  It's sexy.  You don't have to do it this way.  Let the chorizo crisp in the skillet over medium heat for 7 minutes or so on each side until the sausage is cooked through. 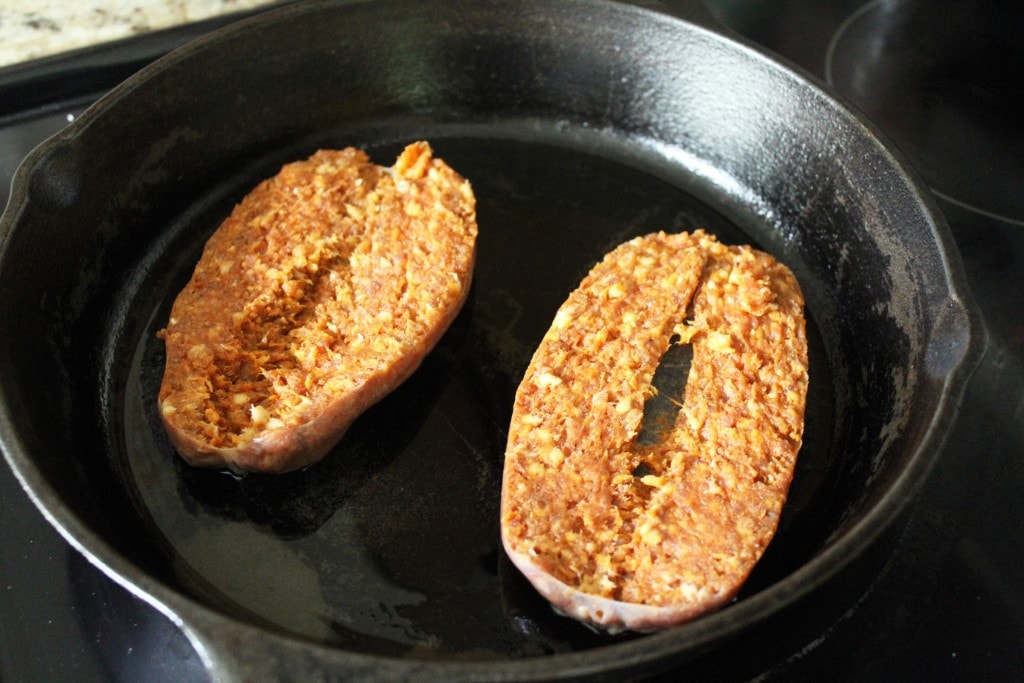 Then, preheat another skillet to medium-high for the veggies with a drizzle of oil.  Slice the onion and pepper and mince the garlic. 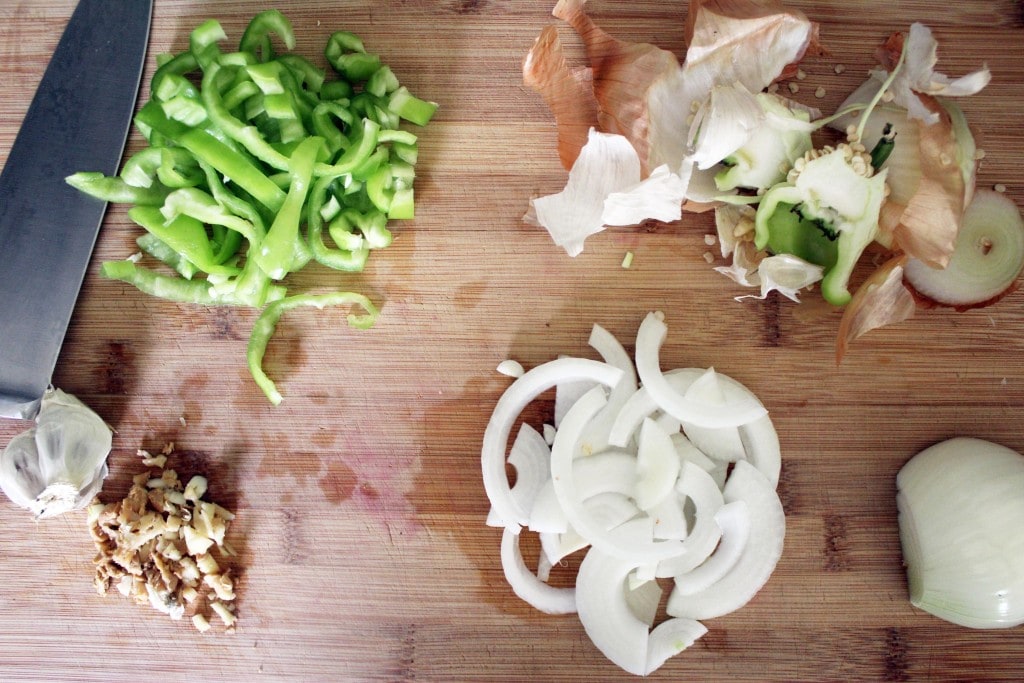 Add the peppers and onions with the garlic to the oil, and cook them for about 5 minutes until they start to brown on the edges. 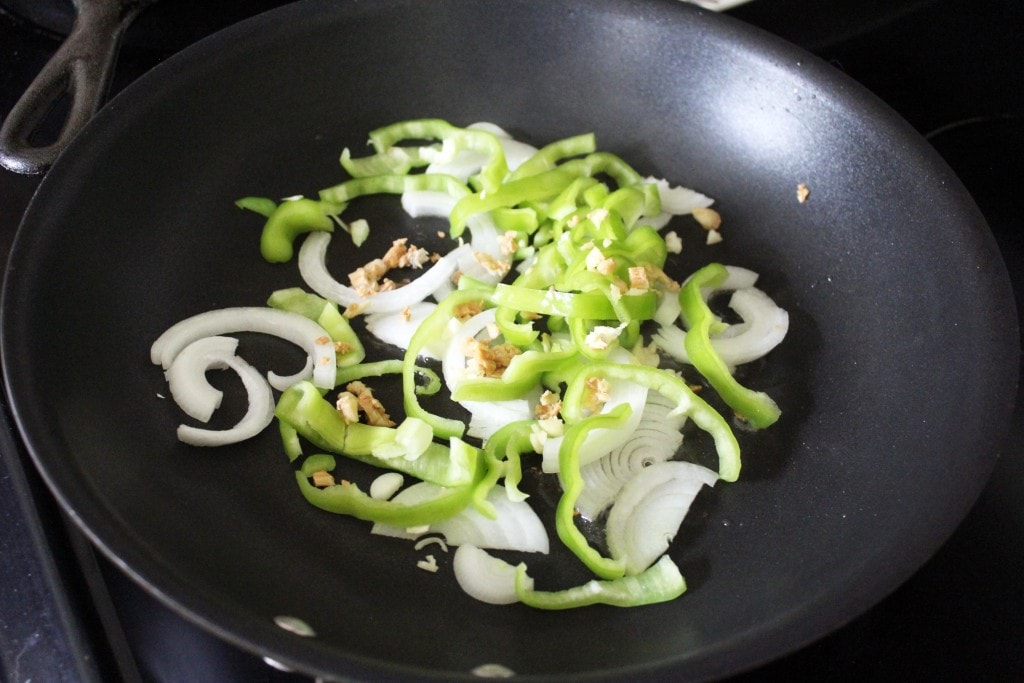 When the veggies are slightly soft and brown, add the banana peppers with a sprinkle of salt. 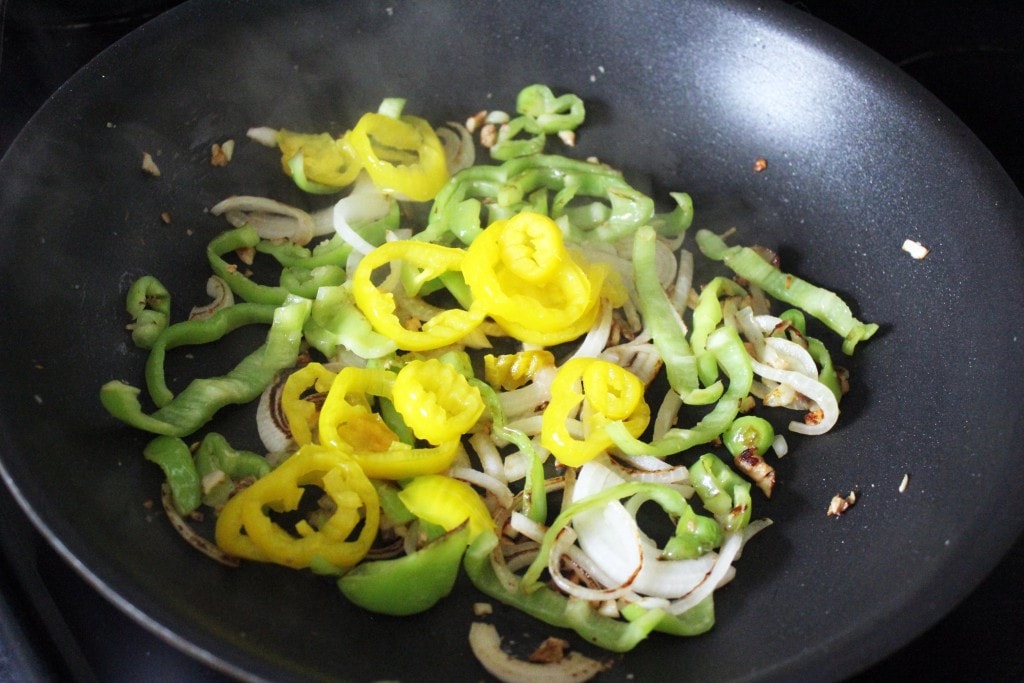 Stir the veggies for just one more minute, then turn off the heat.  Now, preheat the broiler to high and let's prep the buns.  Spread them with the mayonnaise!  Spoiler alert:  we're pretending mayo is butter and it tastes GREAT.  You can do this with grilled cheese, too! 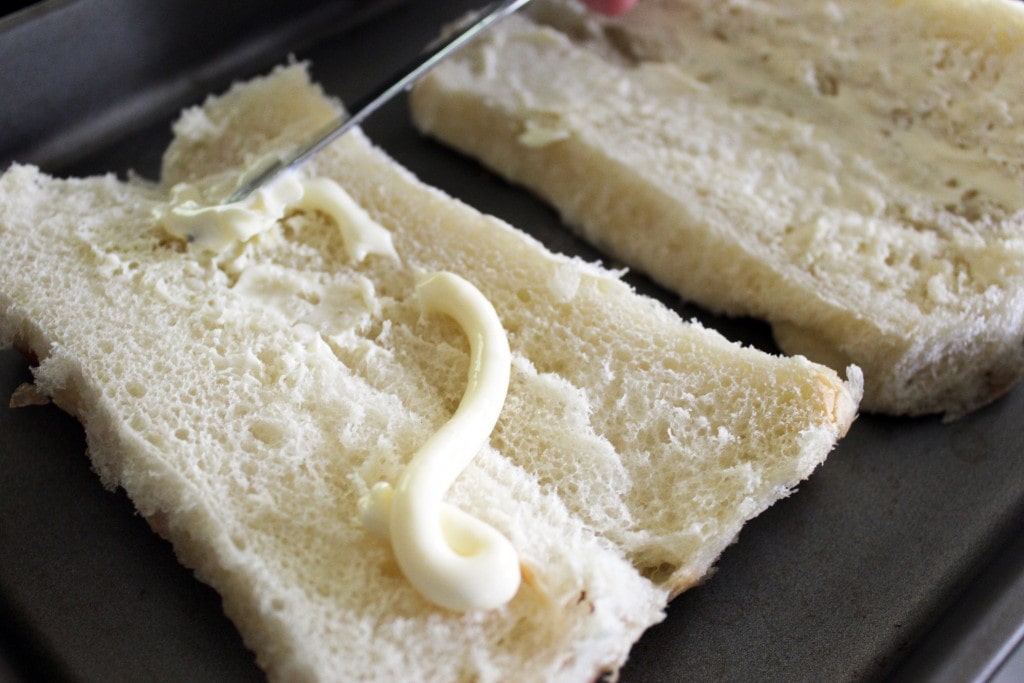 Broil the buns for just 90 seconds or so until they are lightly golden.  The buns go BACK under the broiler in a minute, so don't let them get too dark! 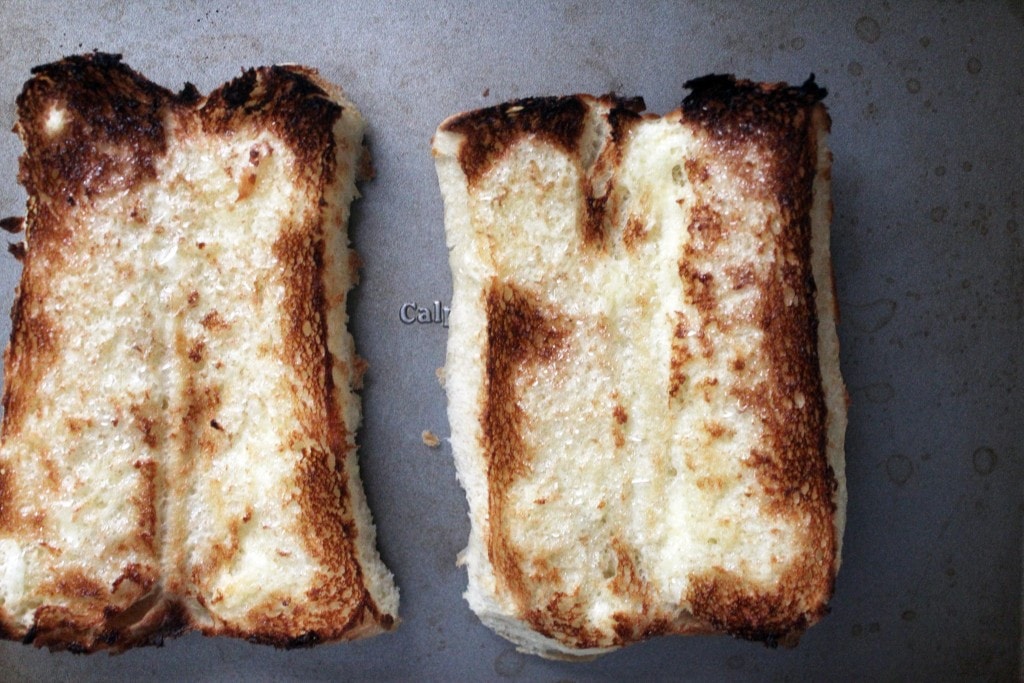 Now, build your dogs.  Layer a piece of sausage, some peppers, and some cheese on the buns. 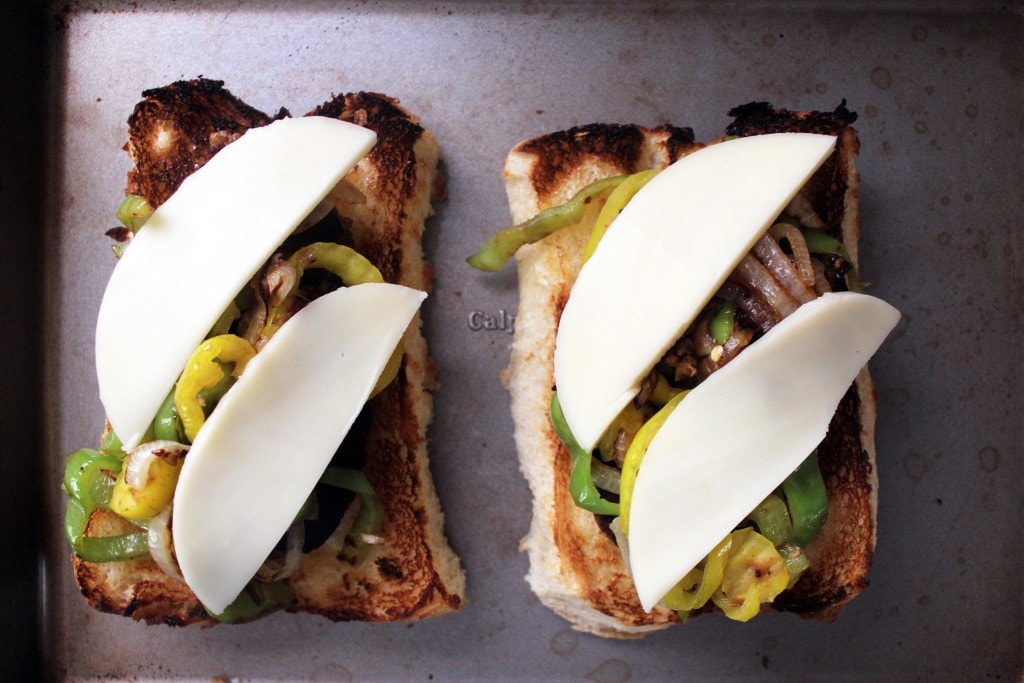 Place everything back under the broiler just to melt the cheese, and we're done!  Now, see those really dark edges?  That could have been avoided by having the peppers and cheese go all the way to the edge of the bread.  Do that next time! 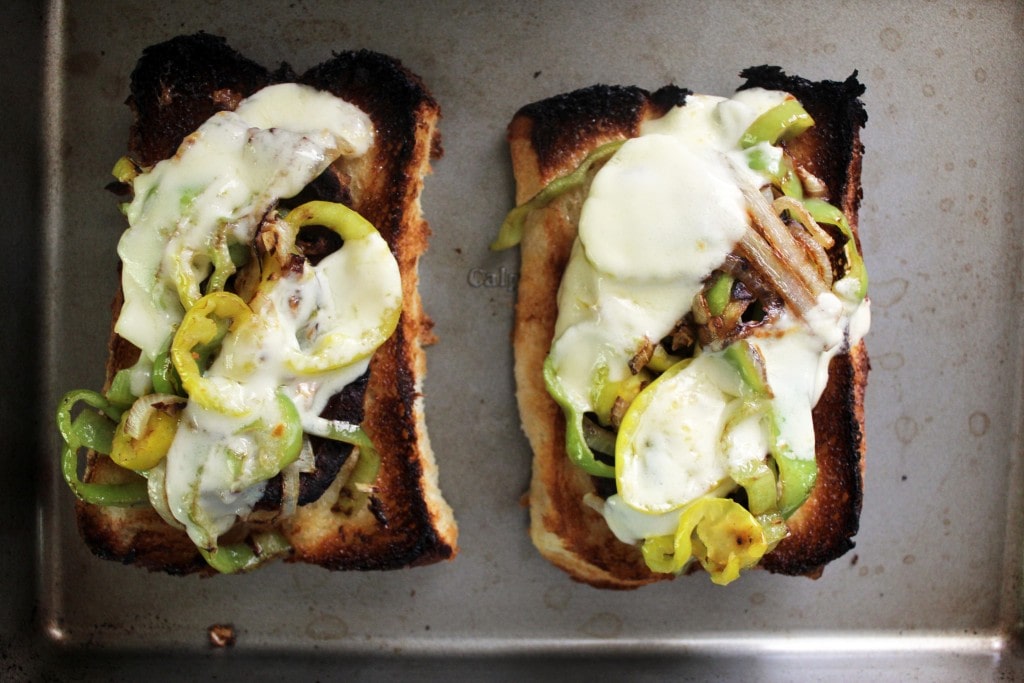 Either way, fold the dogs up and eat.  If you're into garnishes, you can go with extra mayo or even some pickled jalapenos for spice - the briny peppers are really necessary with the fat from the sausage and the cheese, so don't skip the banana peppers! 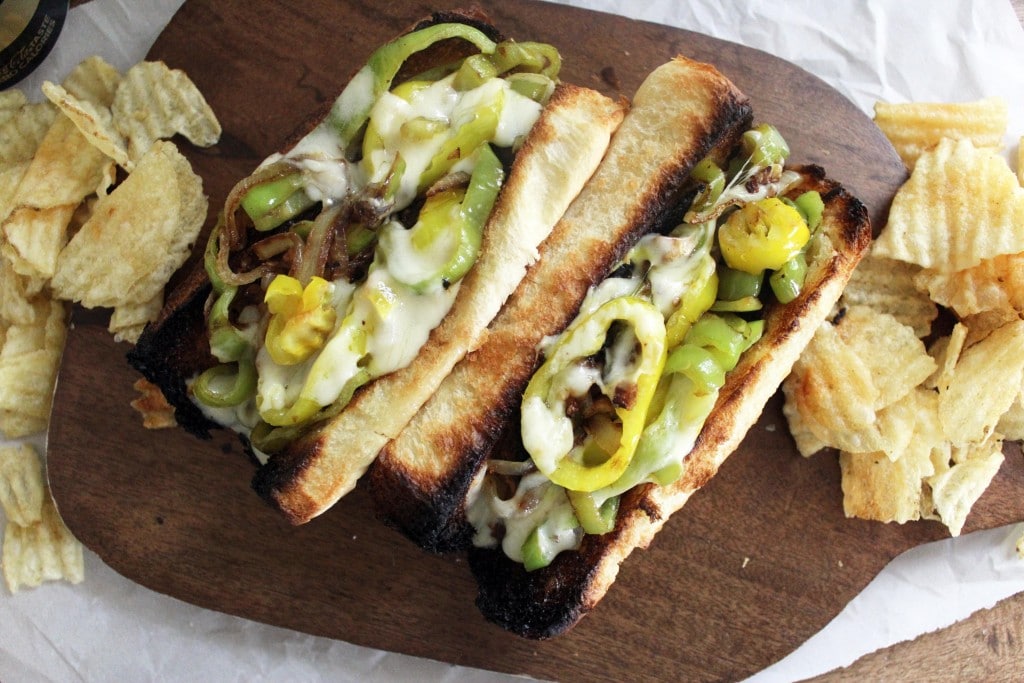 These are epically delicious, and will make any sad hot dog feelings you have fly right out the window.  I promise.  Make them! 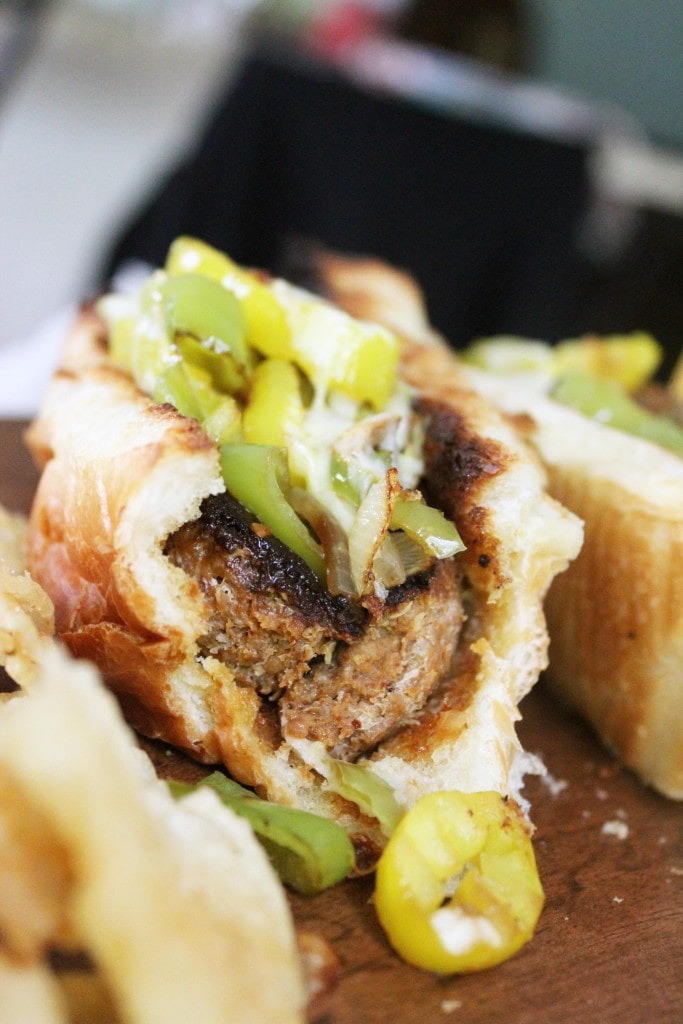 « Hello From Denver!
Fun With Frank and Jesus on Airplanes »