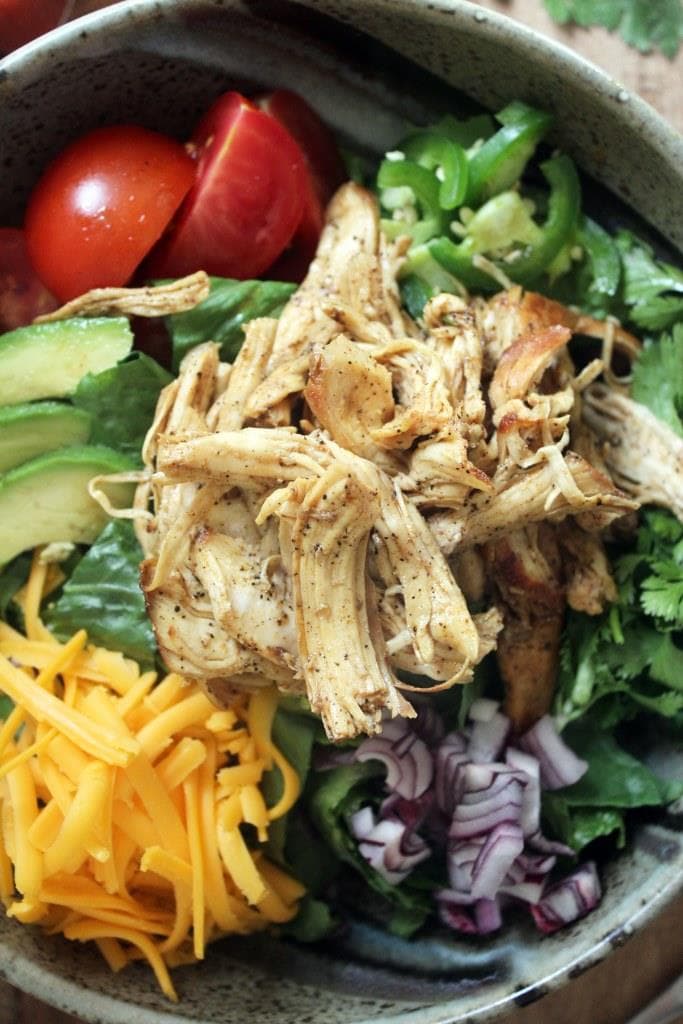 Since I'm talking about so many quick meals that we're forced to eat this week (hayyyyyy licensure qualification exam on Saturday!), I thought it only fair that I share with you one of our new favorites:  Chicken Taco Salad with Salsa Vinaigrette.  I put it on Instagram last night!

Ridonkulously easy, y'all.  The taco chicken method is actually one that I use with ANY meat that I want to taste Mexicanified, and the vinaigrette starts with store bought salsa, so THERE.  The rest of the dish is just salad junk, and how hard is that?  You can change this every time based on your mood or what's languishing in the fridge, and it's super delicious no matter what.

It's healthy, too!  And look, if you decide that you're having a hard week where PMS and hard exams and too much work are happening all at once and decide to eat chips and store bought queso with this salad I won't judge AT ALL.

Not that I know anything about all that nonsense.

We'll start the easy taco chicken first, then while it's cooking we'll move onto the dressing and salad, ok?  For the chicken, grab something boneless and skinless so we aren't here all day, mmkay?  In addition to that, you'll need seasoning salt (or regular salt, don't flip out), onion powder, garlic powder, cumin, chili powder, and a beer.  Any kind of beer! Preferably a light one. 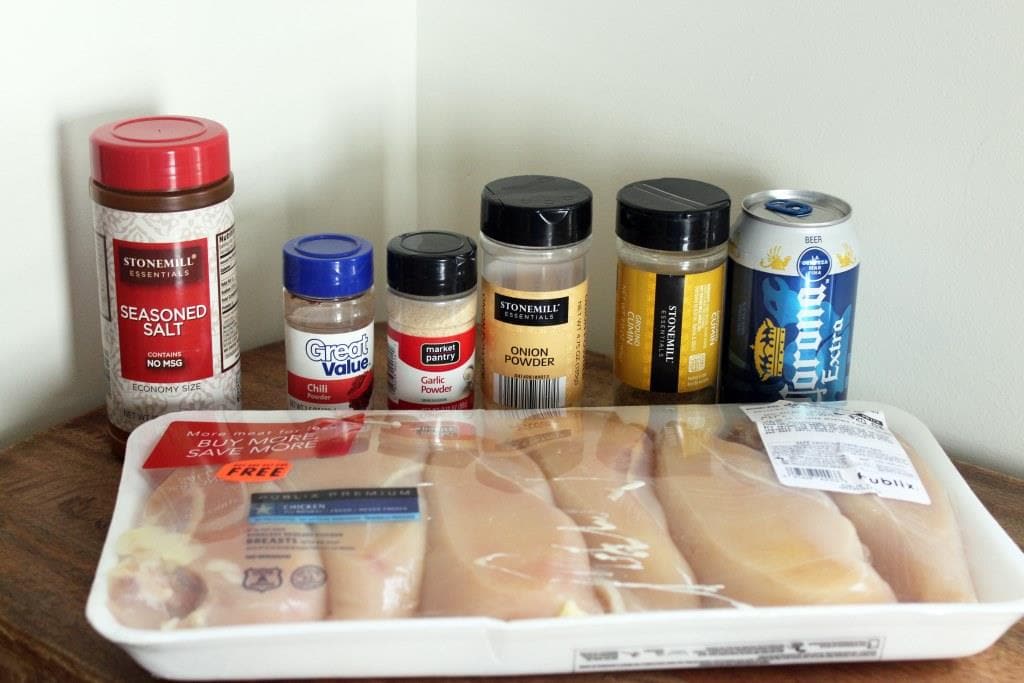 Preheat a skillet with a drizzle of oil to medium heat, then sprinkle a bit of each of the spices in the bottom of the pan.  This is because I didn't want to worry about seasoning both sides of the chicken.  This way side one lands in spices, then we sprinkle more over the tops of the chicken once it's in the pan.  Also.  Don't measure.  It's faster!  A sprinkle of each of these spices will make the chicken taste Mexican.  If you're into measurements, see below. 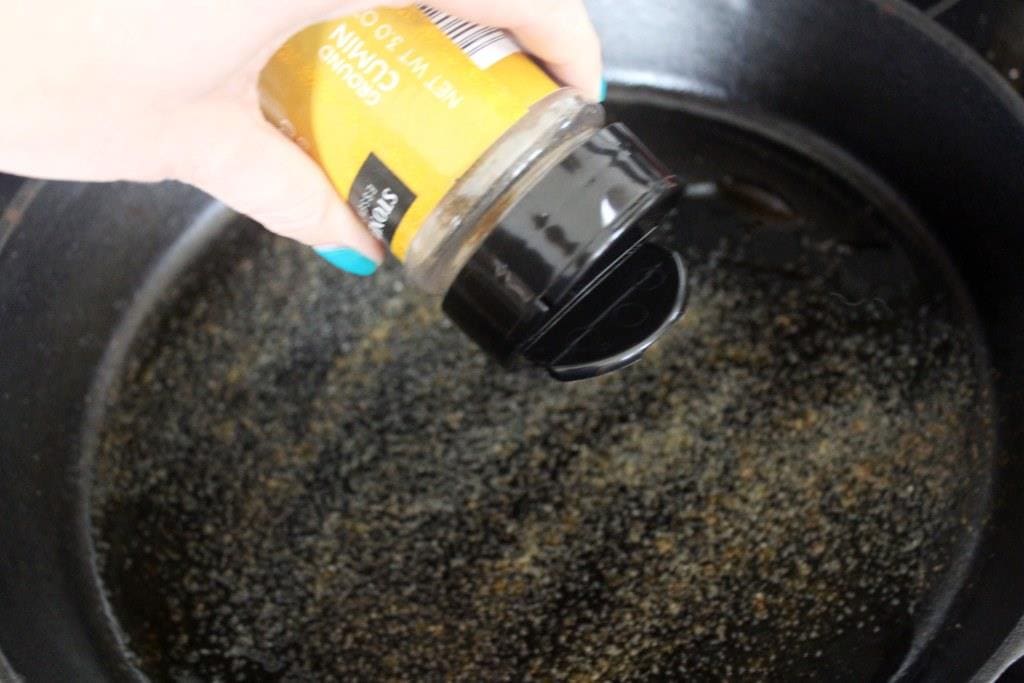 Place the chicken in the spiced pan, then sprinkle the top of the chicken with another layer of each of the spices! 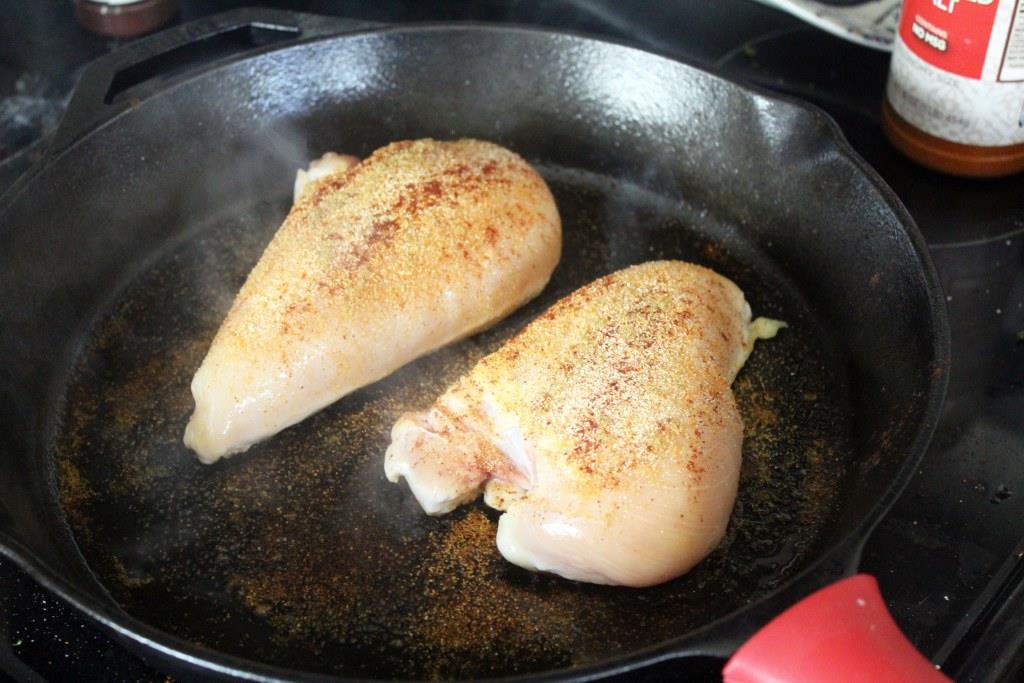 Now, let the chicken cook.  These were big boobs, so I let them go for about 8 minutes on each side, but you might not need that long if you have thinner pieces of chicken.  When the chicken is browned on the first side and slightly opaque on the edges, flip it!  We're going to shred the chicken, so if you think it's cooked but aren't sure just cut into it to check. 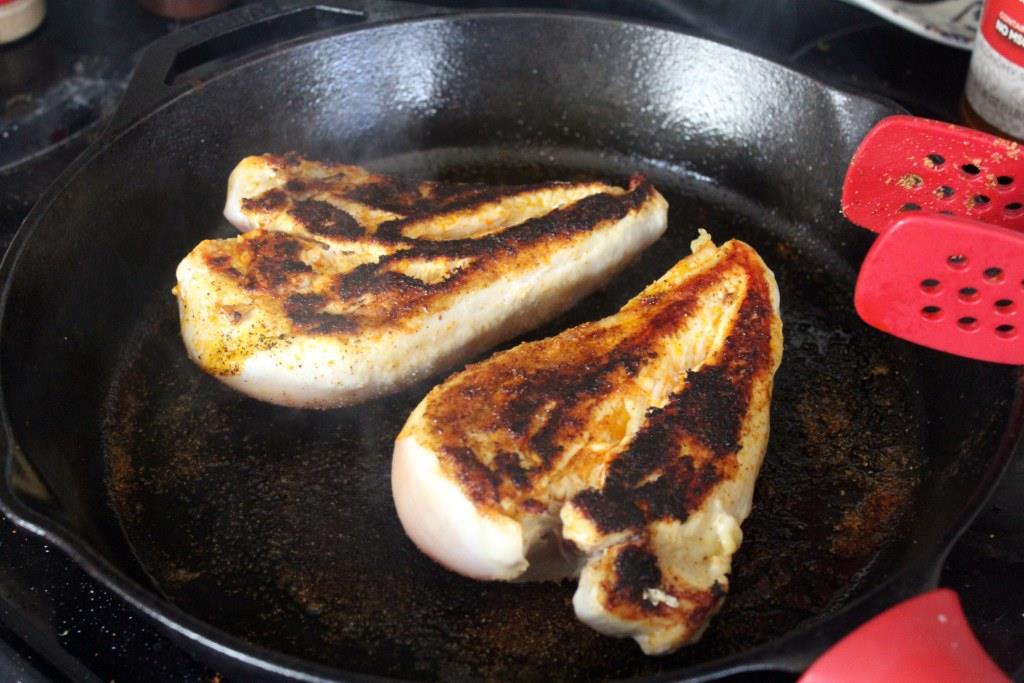 While the chicken is cooking, grab any salad ingredients you'd like to use.  You need salsa and lime for the dressing, but other than that grab anything you like!  Cheese, lettuce, avocado, jalapeno, cilantro, onion, and tomato were my drugs of choice. 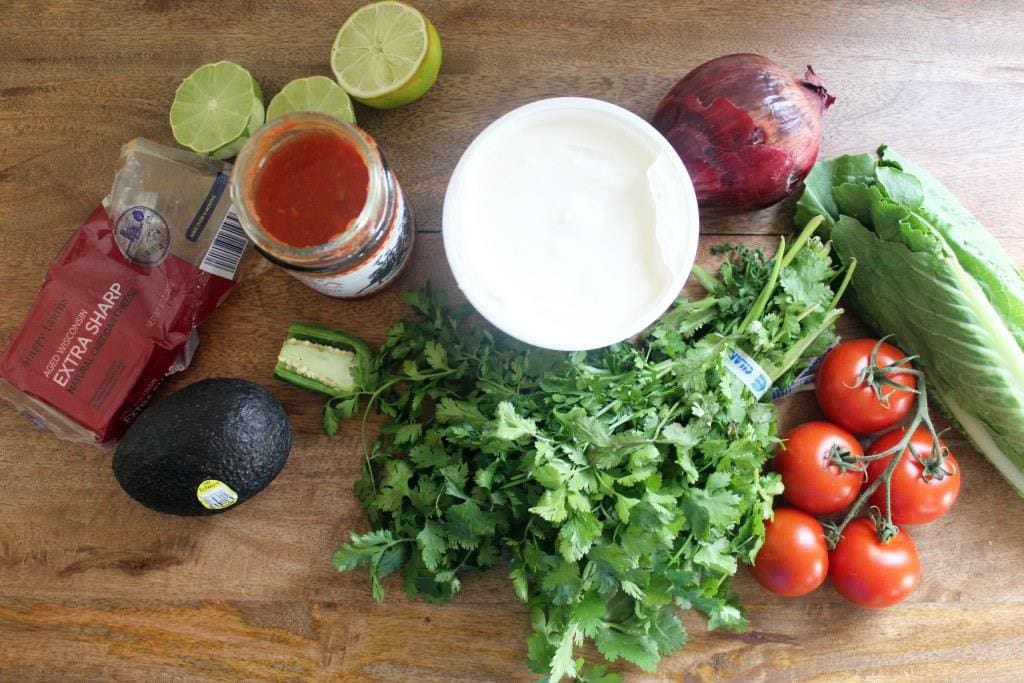 Prep any of the salad ingredients that require effort with a chop, dice, peel, slice, whatevs.  You get the picture.  The only thing we DON'T want to do in our prep is the avocado, which will brown and get sad.  We cut that and slice it riiiiiight before serving. 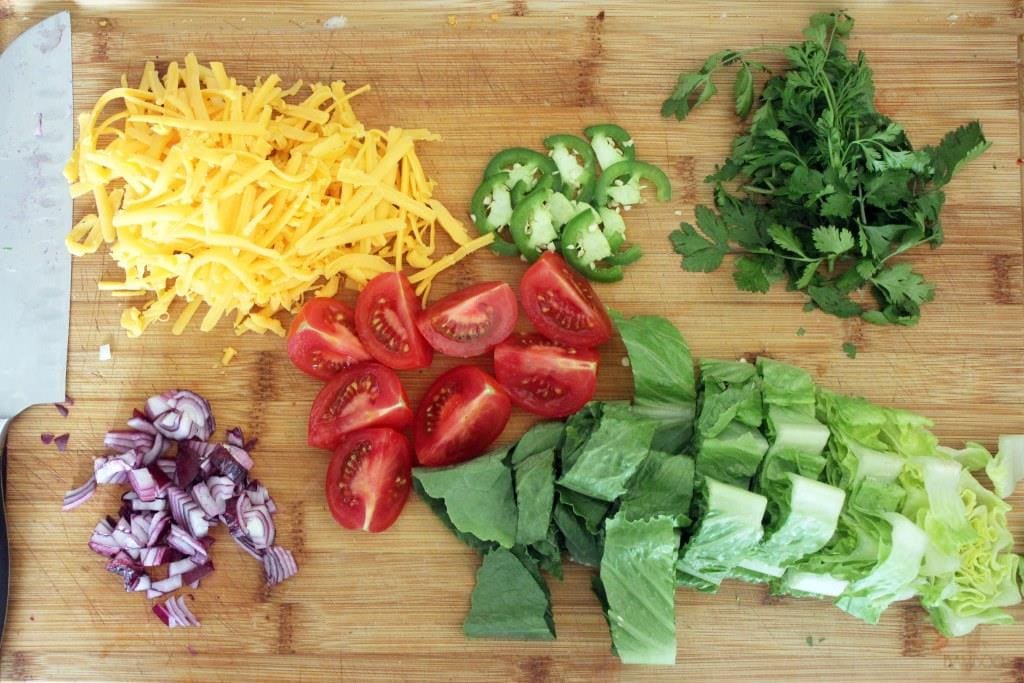 Now, at this point the chicken should be done, yes?  If it is, remove it to a plate to cool slightly, then pour the entire beer into the hot pan.  Reduce the heat to medium-low, and let the beer gently reduce by half - scrap the sides and bottom of the pan to release all the yummy chicken flavor, too. 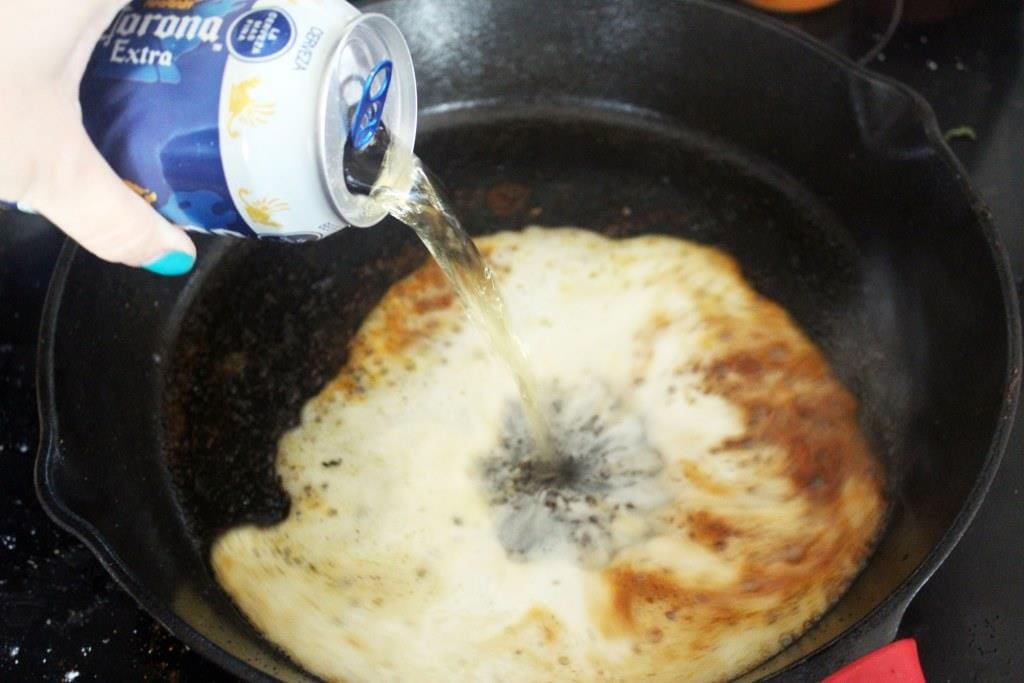 While the beer is reducing, make the dressing.  ⅔ salsa, ⅓ lime juice.  That's IT.  Combine in a jar, shake, boom.  Done. 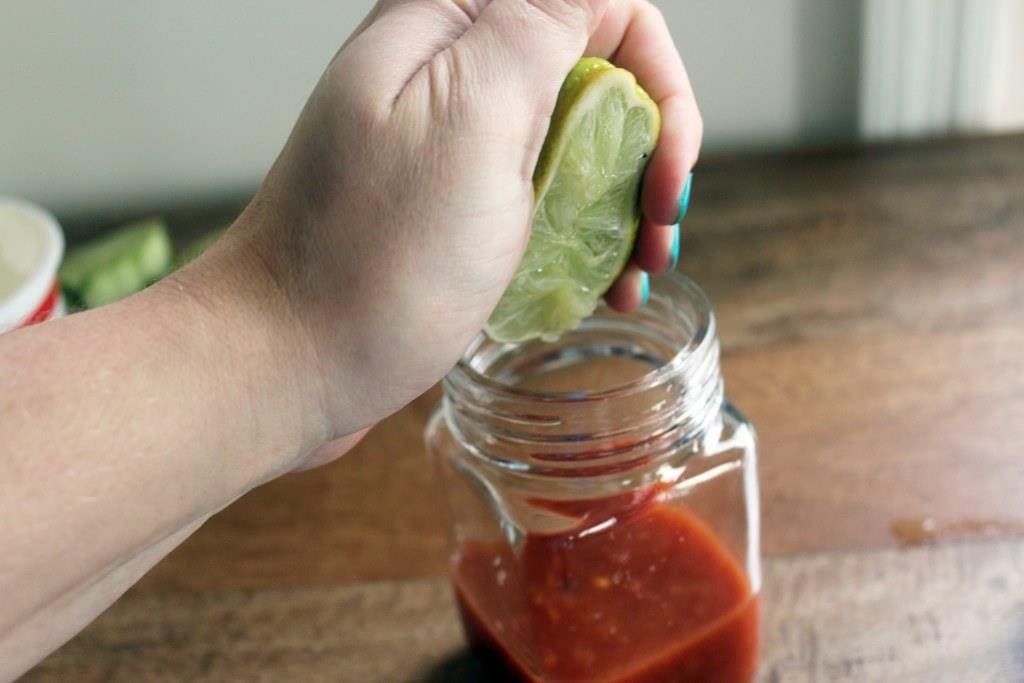 If the beer finishes reducing enough to form just a little bit of sauce, turn the skillet off for a minute.  At this point we have dressing, salad stuff prepped, reduced beer that tastes like chicken, and resting cooked chicken.  When the chicken has cooled enough to handle, tear it into bite-sized chunks with your fingers.  You could cube it with a knife, but I think it absorbs the beer sauce better if it's shredded. 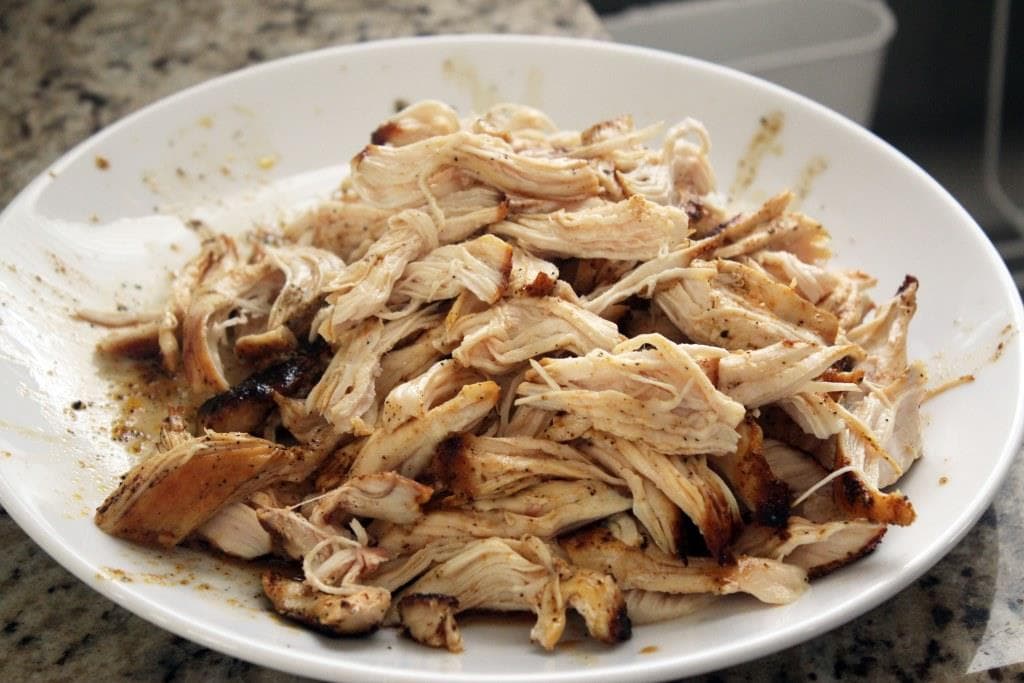 Add the chicken all back to the skillet, and use tongs to toss it in the beer.  It should absorb almost all of the liquid - a little extra is OK, though! 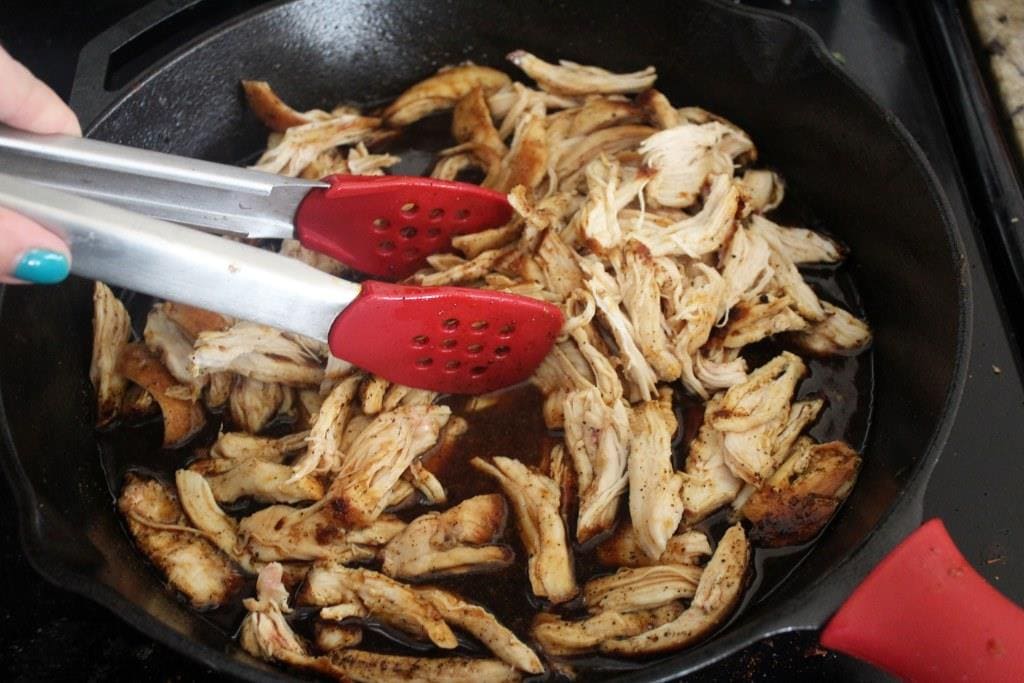 When the taco chicken is all tossed with the beer sauce, we're set to go.  Assemble a big taco salad with all the veggies and toppings you'd like, including some sliced avocado if you're into that kind of thing. 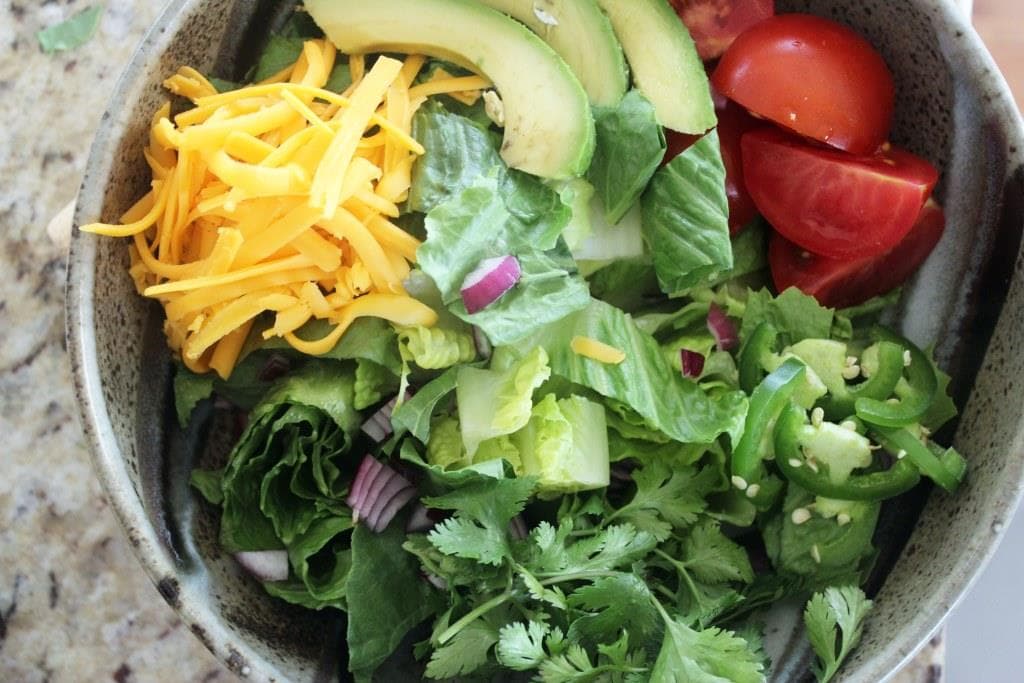 Finally, heap some chicken over everything, and we've got us a dang salad. 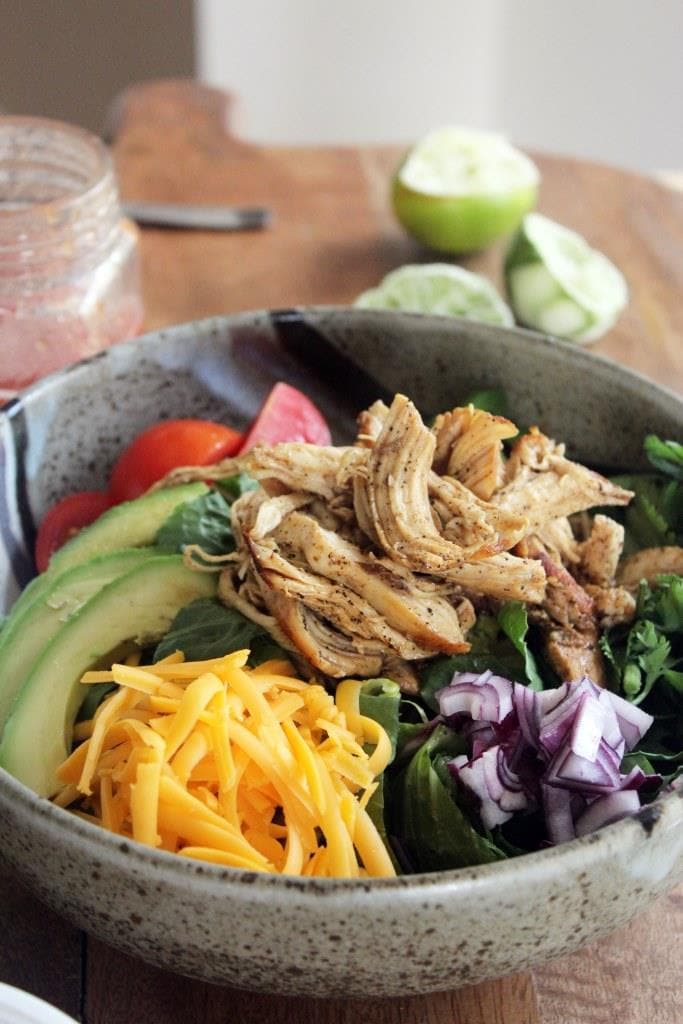 Look!  So gorgeous.  I like the dressing drizzled over top of everything, but you could totes drizzle it just over the salad before you add the chicken. 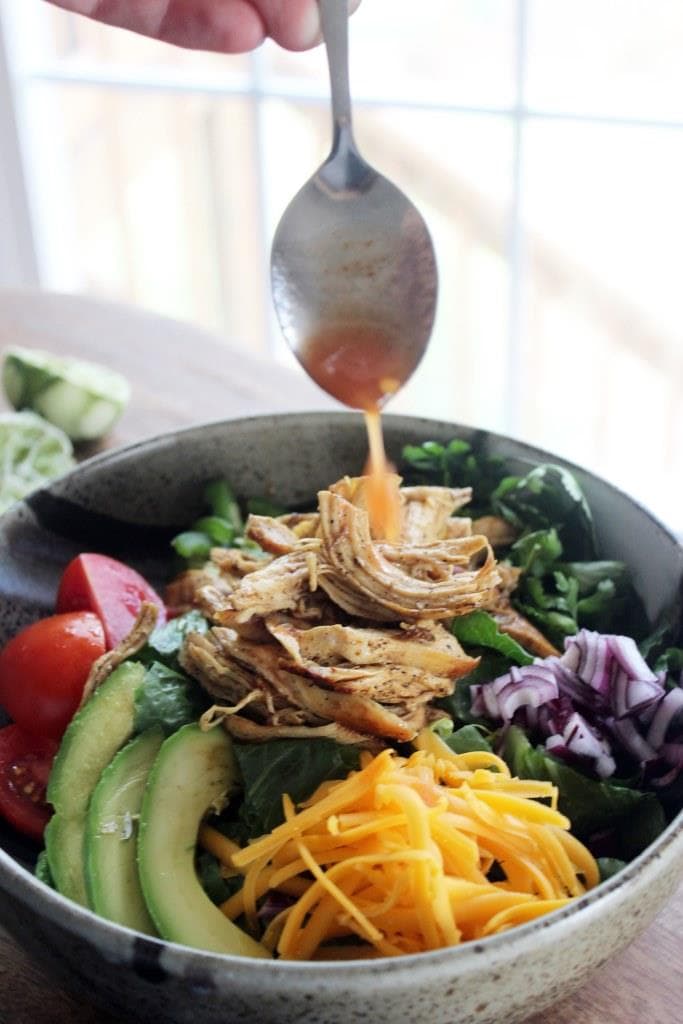 This, friends, is delicious.  All the flavors of Mexican favs, but totally springified and hurried up to suit this busy week. 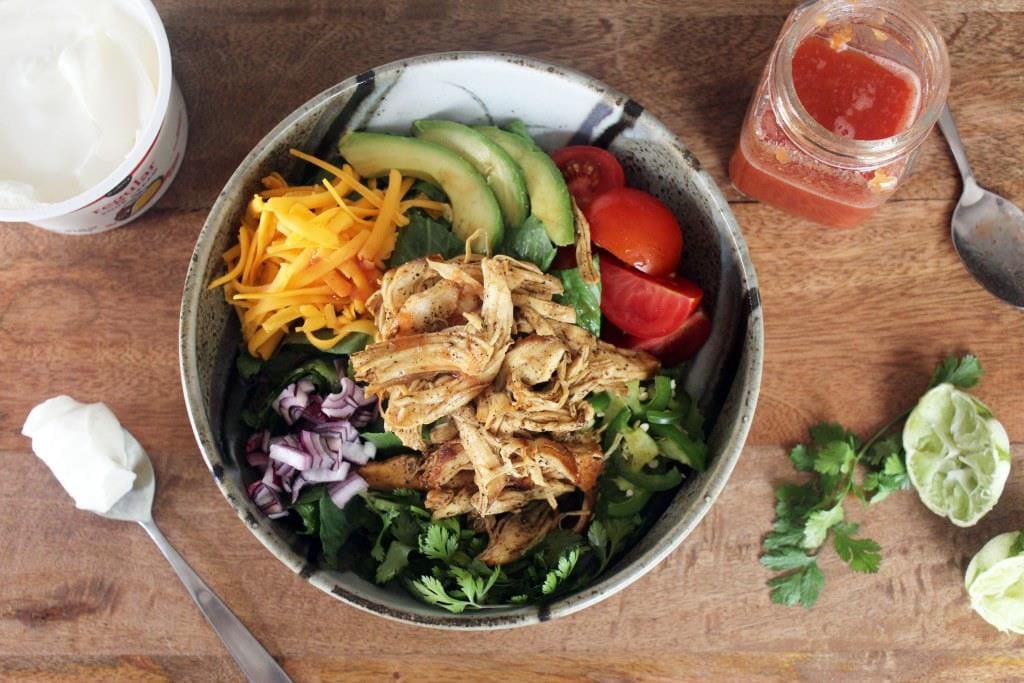 Make this for the next time you're stumped on a weeknight.  It's GOOD.