....that you can, like, totally, so literally eat for any meal of the day. 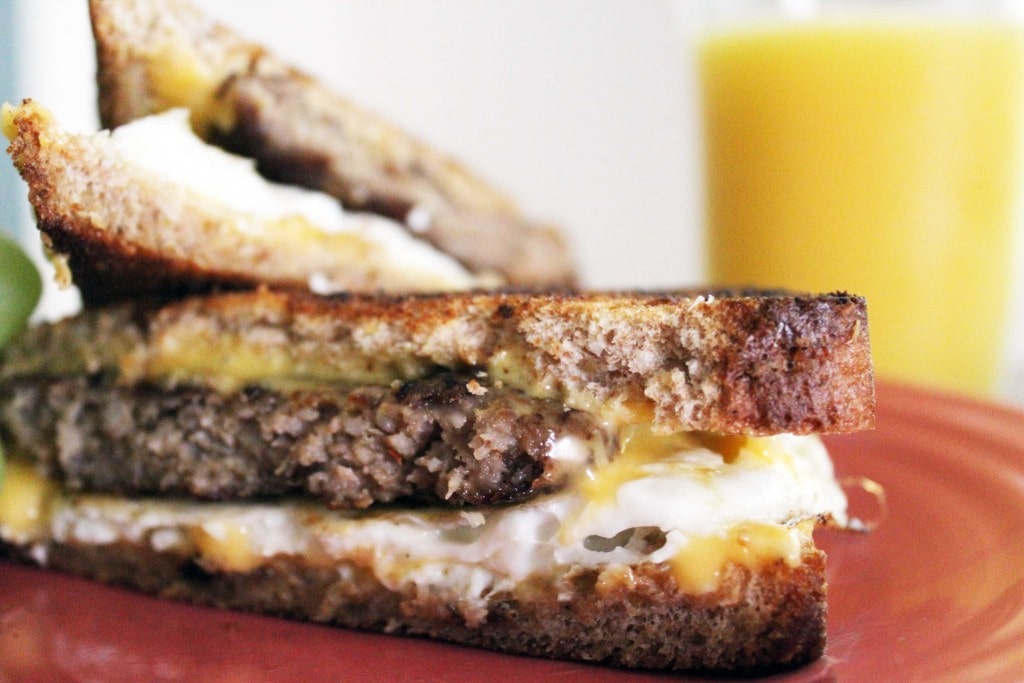 Jay really loves it when people say so and literally all the time.  See also: the reality show that featured the company I work for.

But let's not talk about how kids these days are turning the country into crap.  They probably aren't, we're just probably old.  Probably.

I made this sandwich because it was mid-day and we hadn't eaten and I'm all into breakfast food right now and CHEESE, and then Jay ate it as fast as I've ever seen him eat anything and then he said it was amazing and delicious BUT THEN 4 hours later we went to the movies and I got popcorn and at the counter I said "are you going to eat any?" because I order more if he's going to eat some, duh, and then he said "I don't know, that breakfast was just so fatty and there was nothing healthy on it," kind of while making a shitty face, and I got offended because pregnancy hormones and told him he didn't have to eat it and then he ate half my popcorn anyway.

#marriage #thatwasonesentence
The sandwich itself, though, featured whole grain bread and I made mine with egg whites, so it's basically a health food.  It's easy, too!  You need bread, any kind you like.  You need butter, eggs, sausage, and sliced cheese.  American for me, pepper Jack for the man.  I love pepper Jack cheese but this particular brand of sausage is HOT and I also have this new pregnancy thing with really bland flavors?  I'm totally not an American cheese person but 'cept for right now I totally am.  Because that makes sense. 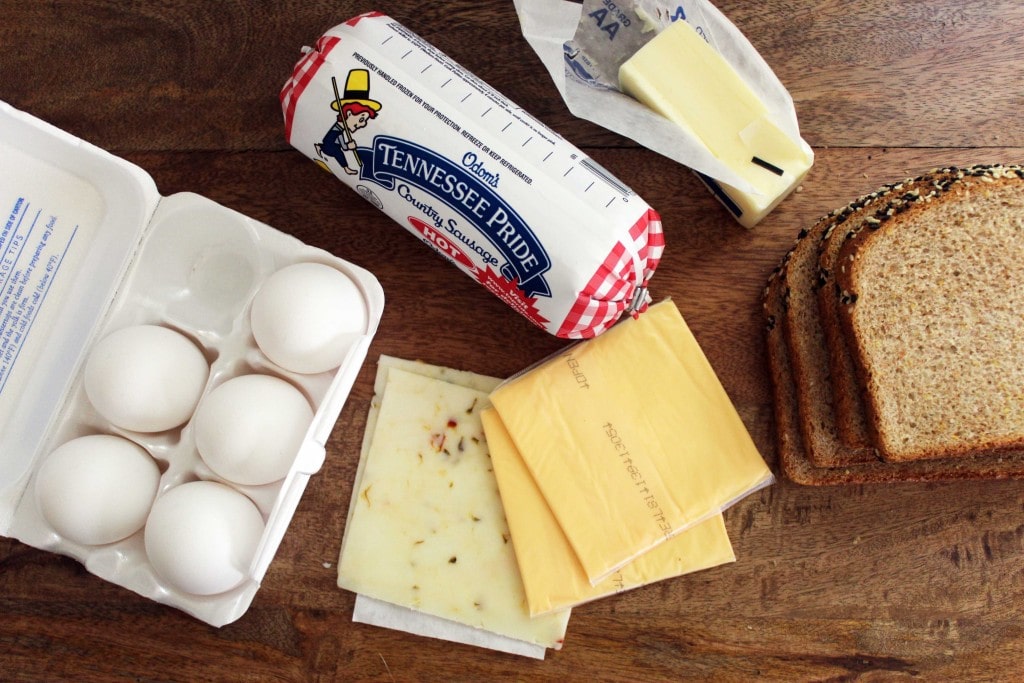 The way I build these is to cook the eggs and the sausage, then build the sandwiches.  Cook the sausage in the largest skillet you have - we'll use the same skillet to make the sandwiches later. Sausage takes the longest to cook, so form it into patties roughly the shape and size of your bread. 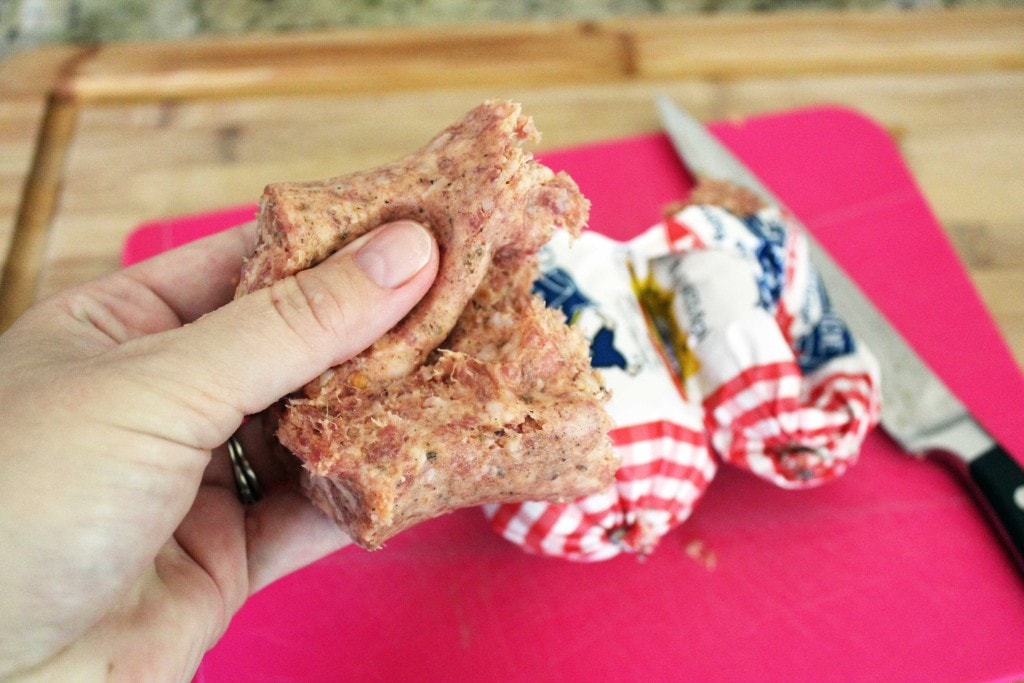 The sausage will shrink as it cooks and the fat melts out, so make thin patties slightly larger than the bread you're using.  Toss them into a COLD skillet, turn the heat to medium-high, and let them cook until really sizzly, for maybe 7 minutes, then flip them and cook for another 5 minutes until they're browned and totally cooked through. 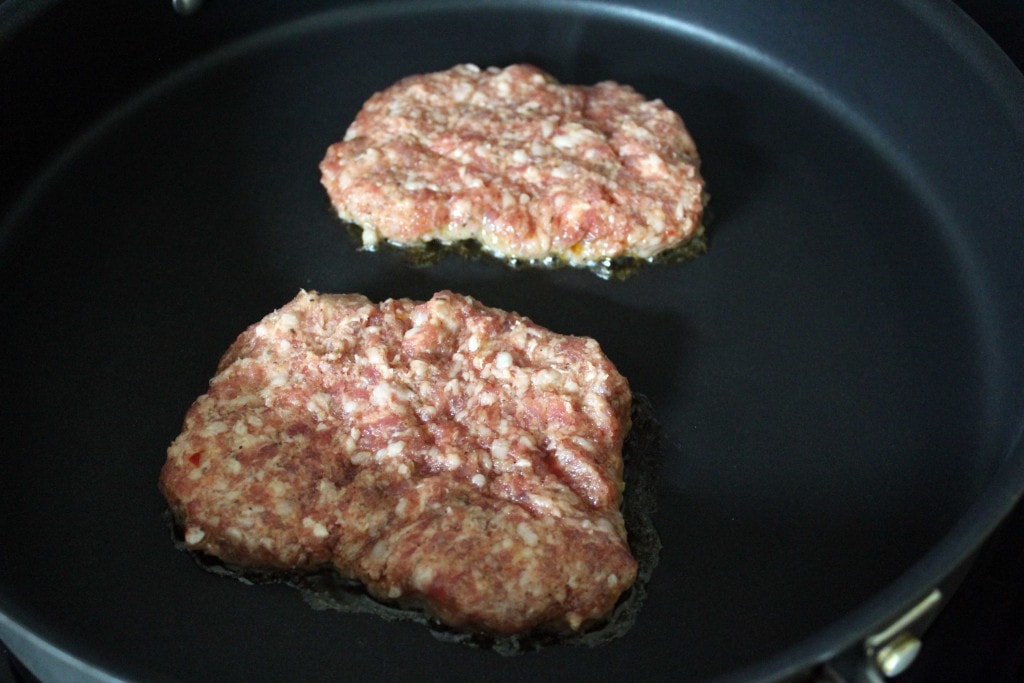 While the sausage is cooking, cook the eggs in a smaller skillet.  I like a nonstick skillet for eggs, but anything you have is fine.  Cook the eggs any way you like.  I fried these and left the yolks kind of soft with just a sprinkle of pepper.  Try to not let the egg whites spread too much - use a spatula to push them into a smaller size to fit the bread, just like you did with the sausage. 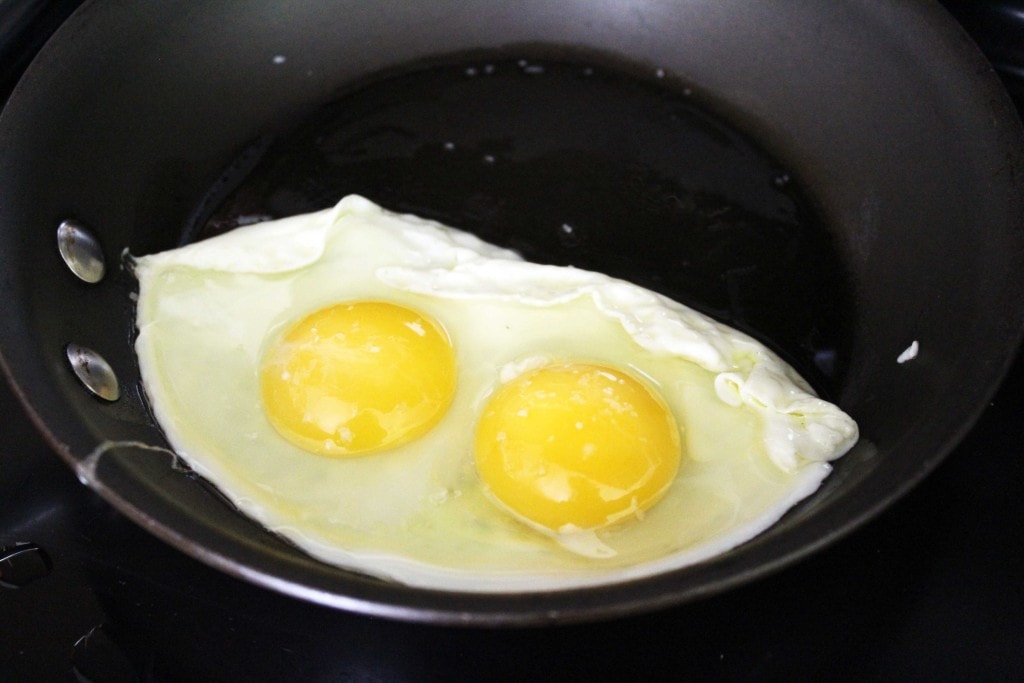 When the sausage and eggs are cooked, remove them from the heat and reserve the skillet you used for the sausage.  To THAT skillet, add the butter.  We're cooking our sandwiches in sausage grease and butter, y'all.  Yes we are.  The skillet should now be over medium heat, or medium-low if your skillet is very hot. 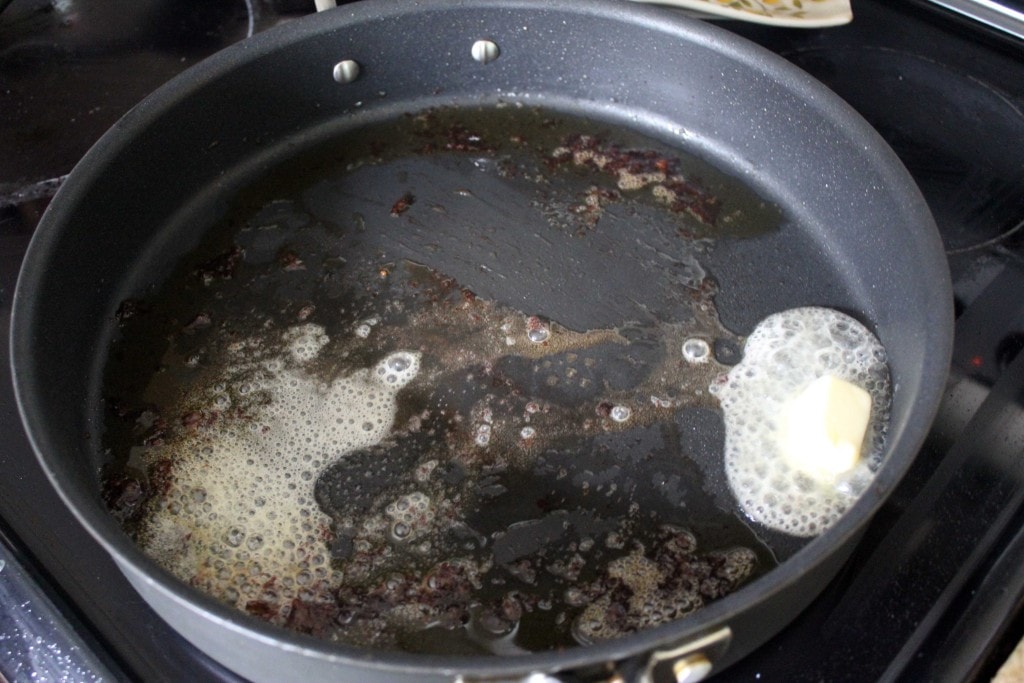 When the butter melts, add the bread and top that with the cheese.  My bread was big, so I tore the cheese to make it fit and ended up using 3 slices of cheese per sandwich, but according to Jay that was overkill.  You do you. 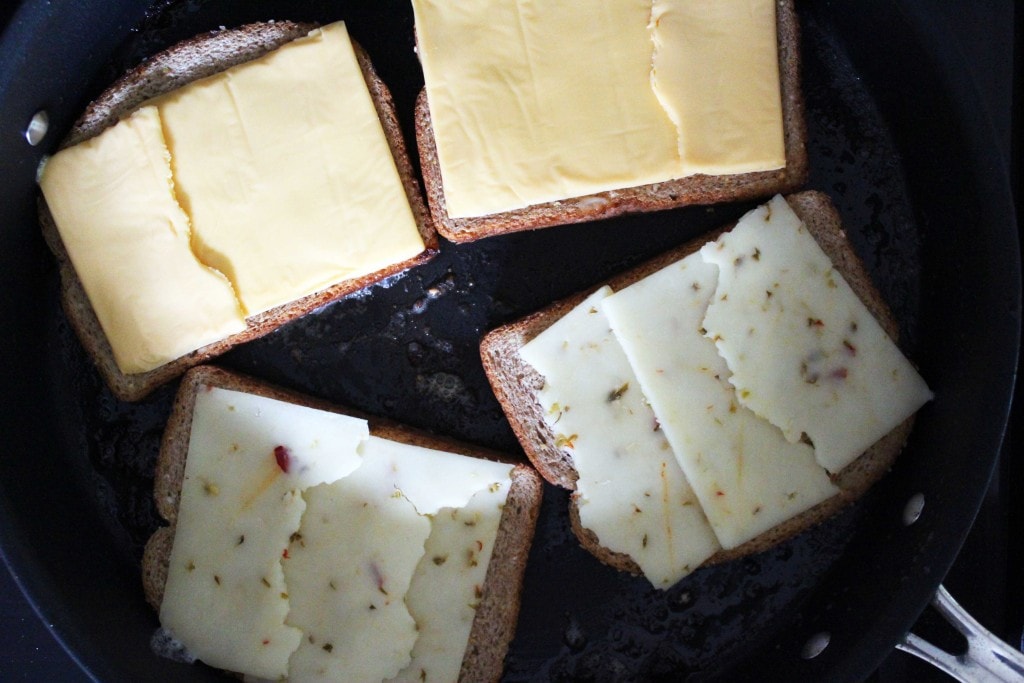 Let the cheese start to melt just a little bit, then layer one side of each sandwich with sausage and egg. 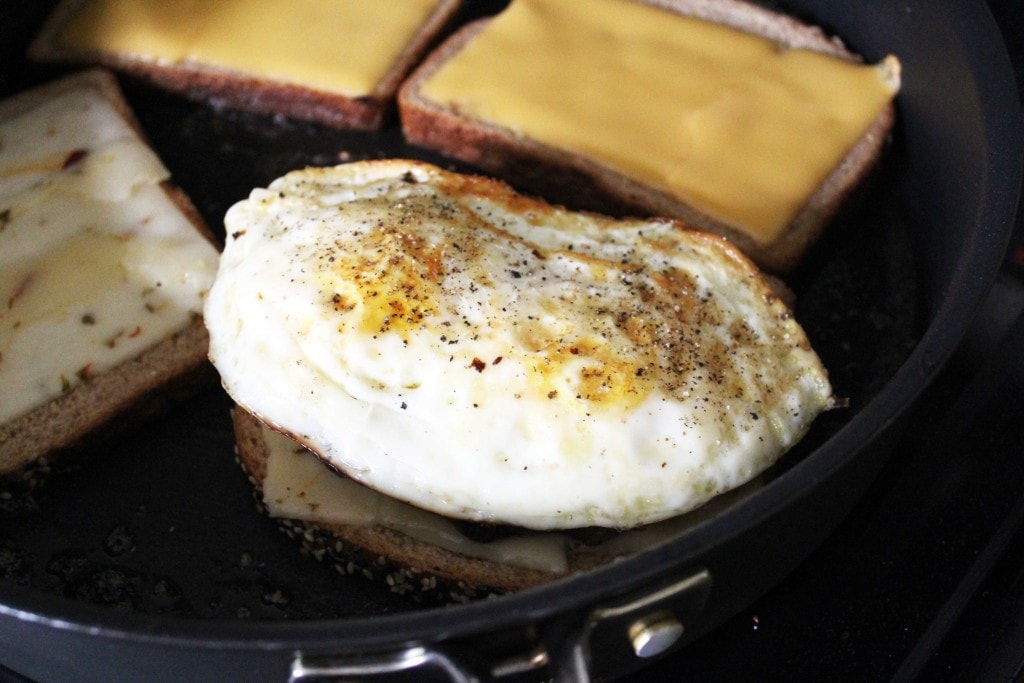 Then, flip the naked bread + cheese over the sausage + egg stacks.  Flip the sandwich once or twice just to be sure the bread is toasty and the cheese is melted, then LOOK. 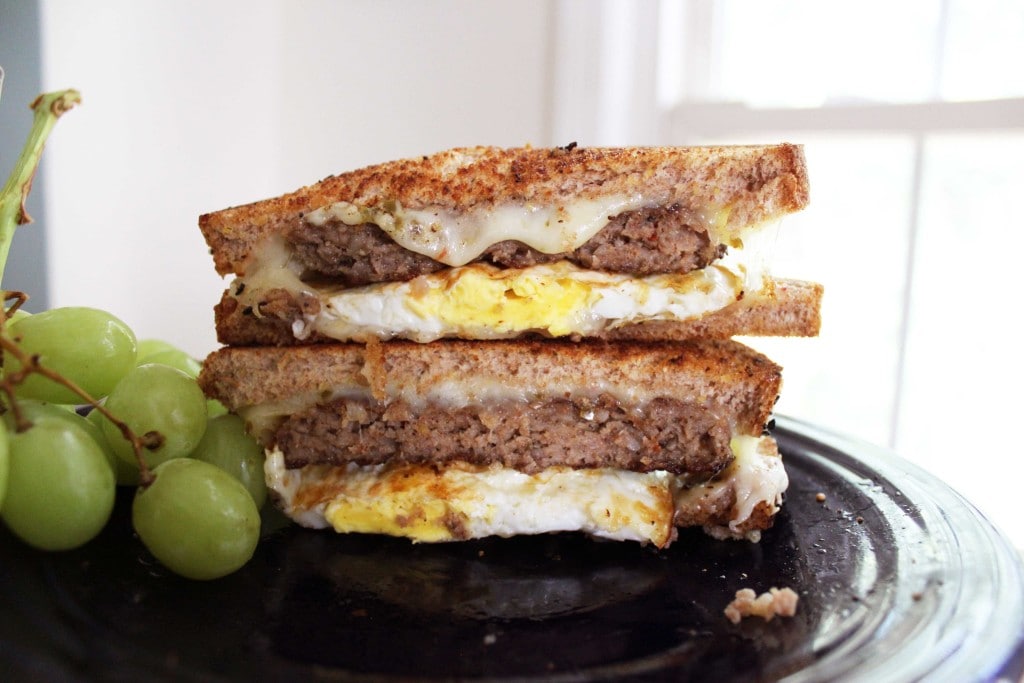 Breakfast.  And there were grapes and orange juice offered with this, so I really don't see the issue. 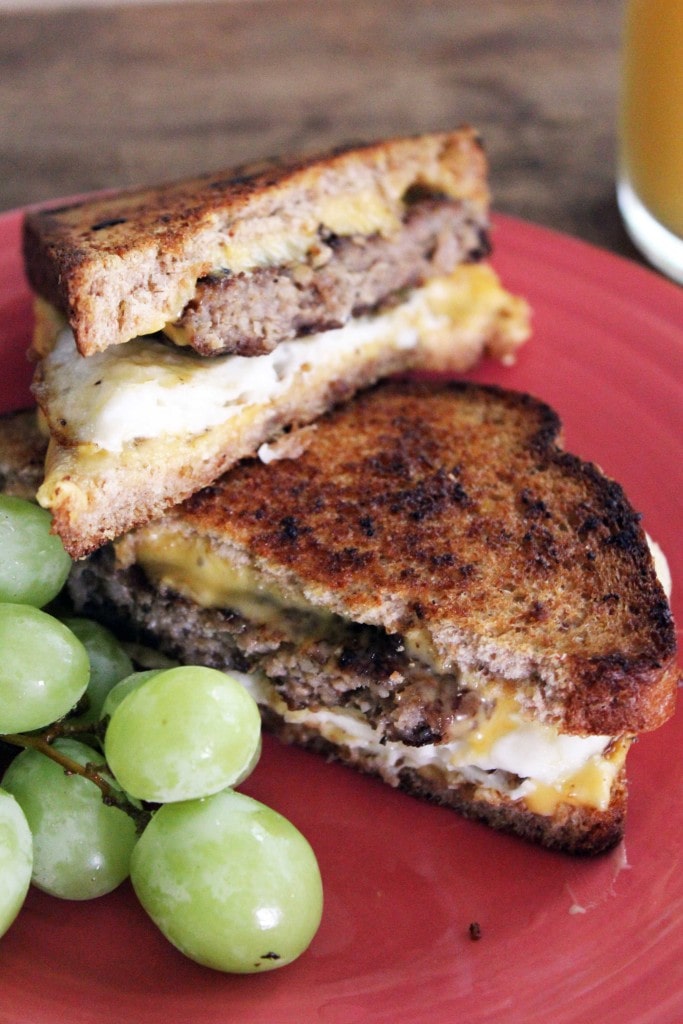 You will absolutely adore these.  They're delicious and hearty and portable and YES, if you use big bread like this you could easily just eat half a sandwich and call it a day.  You could also lighten it up with chicken sausage, less cheese, egg whites, etc, and change the flavors by swapping out the same ingredients or even adding other herbs or spices.  Try these once this way and then play around - the possibilities are endless!