LOOK AT ALL THE ALLITERATION. 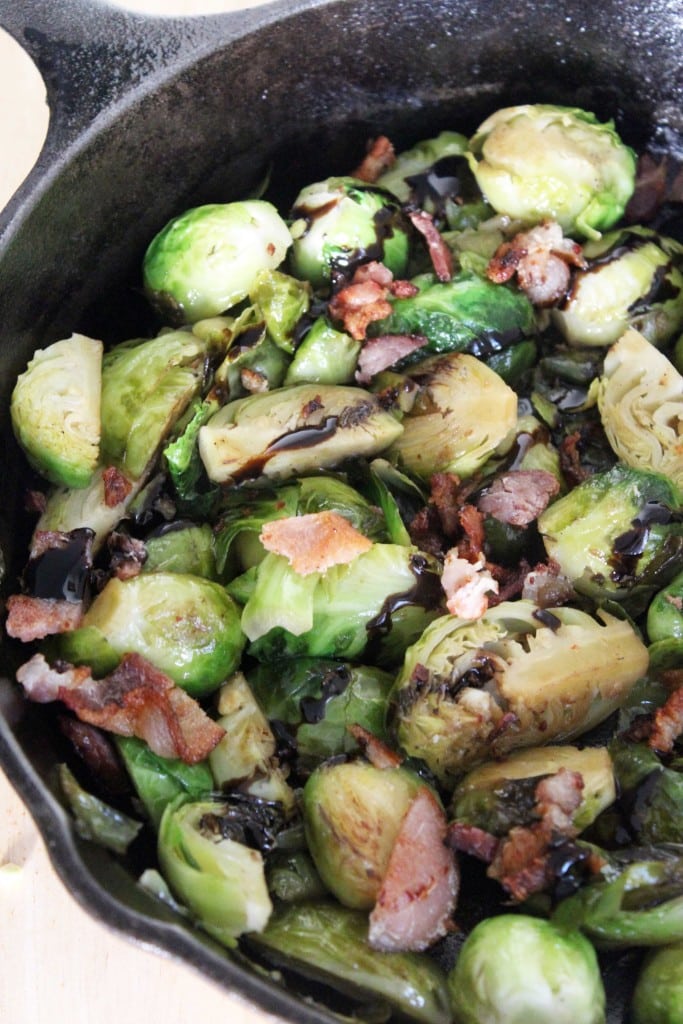 I could say it's B for BABY but seriously it's not.

Speaking of, I had the weirdest comment after yoga the other day.  I taught what I hope was a good class, and one of the students afterward was all "it was soooooo sweet to hear you tell us to enter into happy baby or take a fetal position for savasana....just like you were already a mama!"  Um.  I say those things literally every single class that I teach.  Projecting much?  It was one of those students that are really ... in touch ... with other's energy, in their minds, and who knows, maybe I'm just GLOWING with impending motherhood, but also don't you think that sometimes people see what they want to see in you?  Anyway.  If I use words that start with B it's just a coincidence.  And Happy Baby is a legit yoga position and I don't know the sanskrit word for it so we're kind of stuck there.

Moving on.  No offense to the energy-lovers of the world.  It's your newest fall side dish, just in time for your Thanksgiving planning, perhaps?  There are only 4 ingredients.  I had intentions of adding garlic and walnuts and all kinds of toppings, but in the end wanted the method of braising AND crisping the sprouts to be the main focus here and balsamic + bacon always get the flavor job done, right?  Also, one skillet.  20 minutes.  Side dish.

In addition to Brussels sprouts, you need bacon, chicken broth, and balsamic glaze.  If you don't own balsamic glaze you can reduce some balsamic vinegar with a touch of sugar to make your own.  Google it.  It's easy! 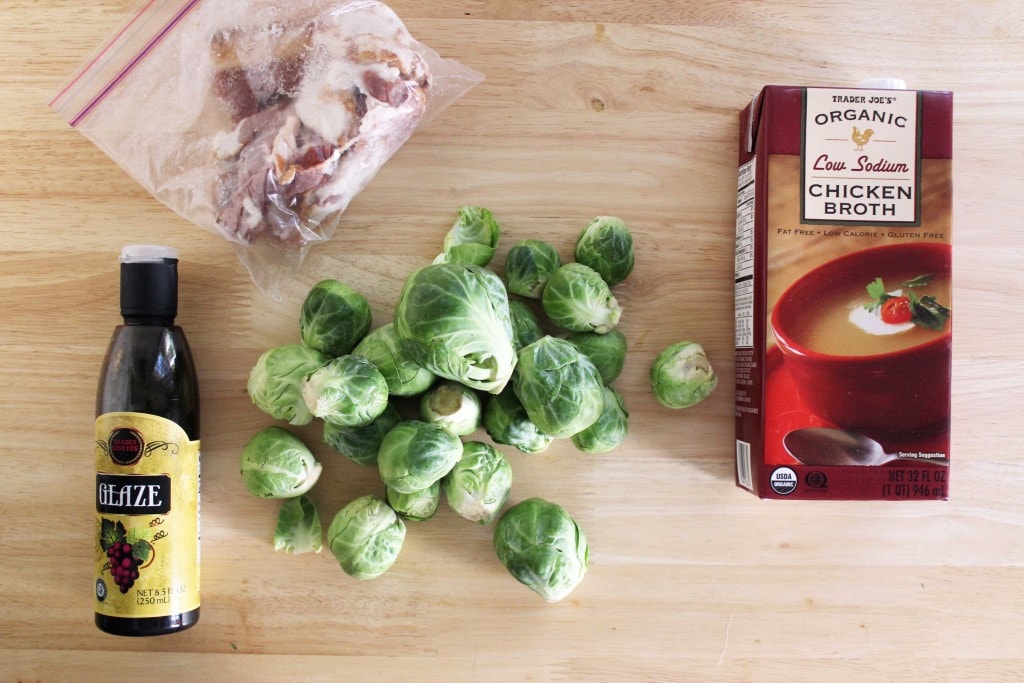 So, first we prep our sprouts.  Cut of any tough ends and half or quarter any sprouts that are too large for one bite. 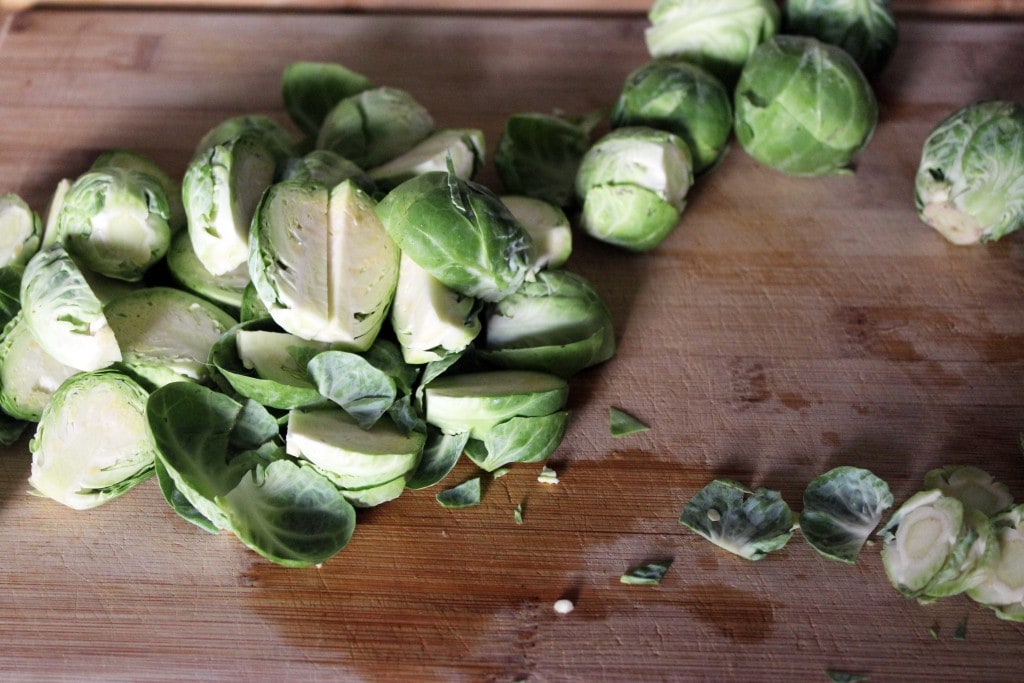 Then, crisp the bacon in the pan you'll use for the whole dish.  A cast iron skillet is best, but you want something large enough that you can get all the sprouts in one layer to be sure they cook evenly.  We do the bacon in the same pan so that the sprouts can cook in the bacon grease, duh.  Put the bacon in a cold pan, turn the heat to medium-high, and flip it around once the skillet gets hot until it's crispy. 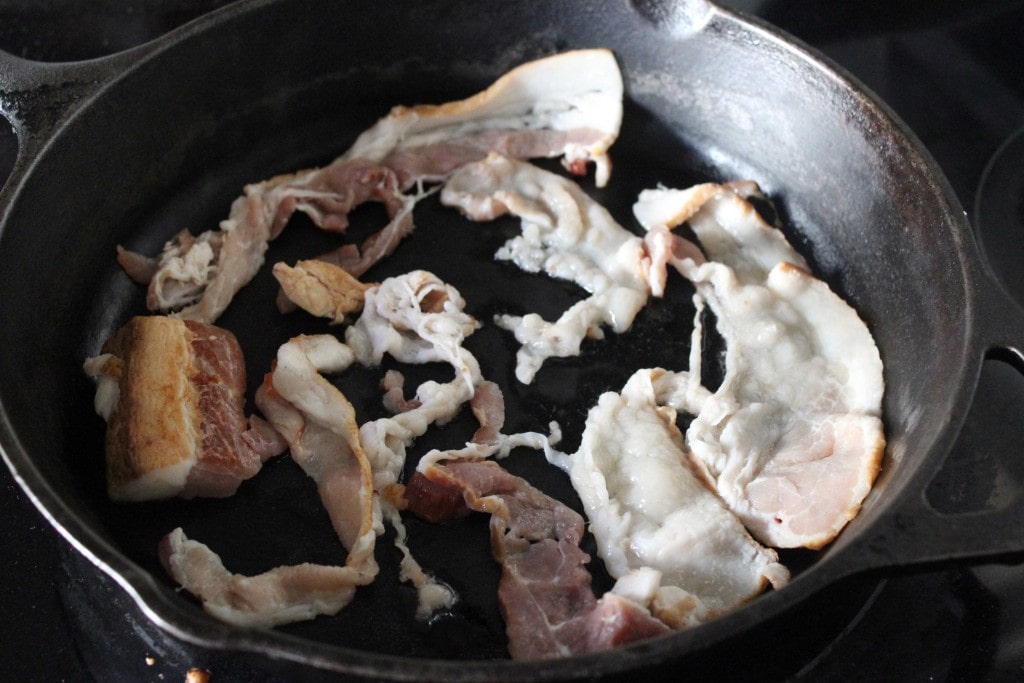 Then, take the bacon out of the skillet and let it drain on paper towels. 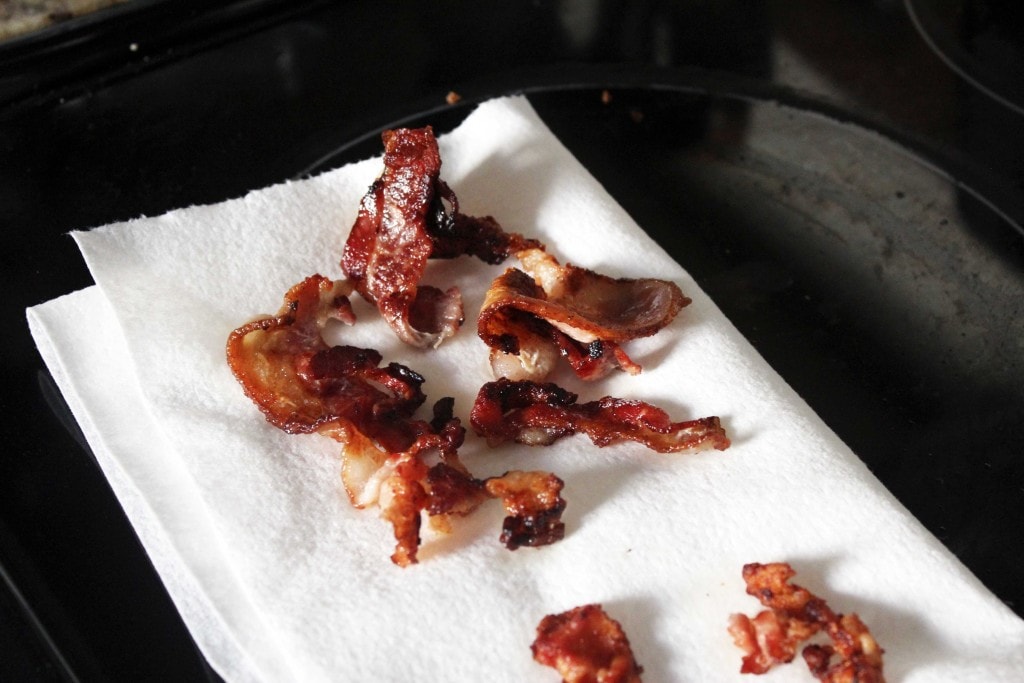 Into the bacon grease in the hot pan, add all of the sprouts in one layer.  Let them sizzle for 1 minute, then stir them around and arrange them back into one layer so that they can get crispy on both sides. 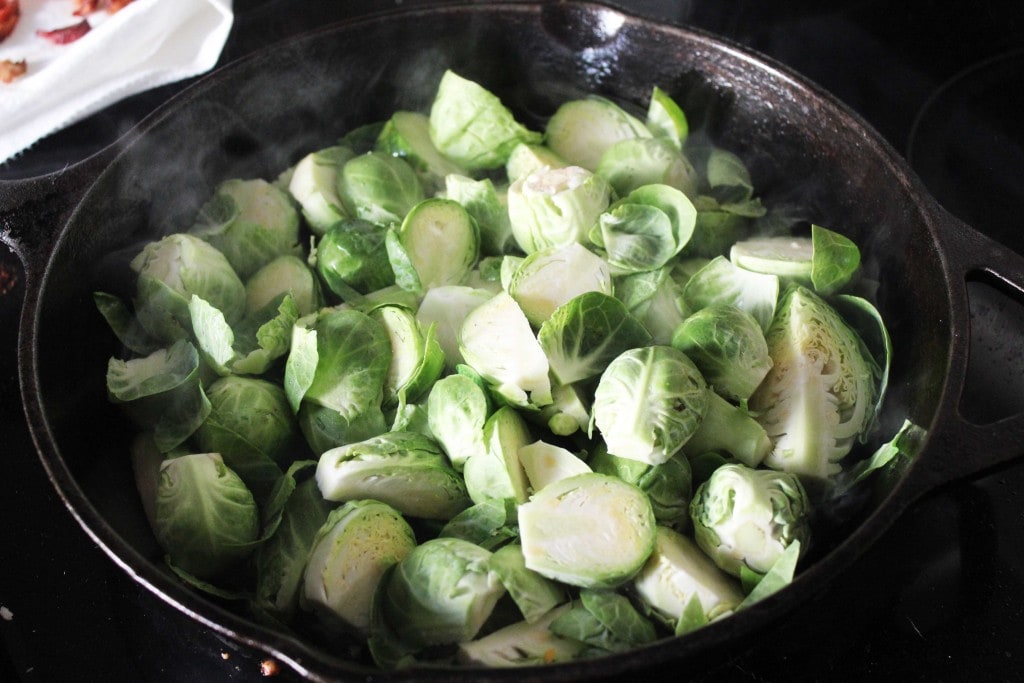 Pour in the stock.  It should come about halfway up the sprouts. 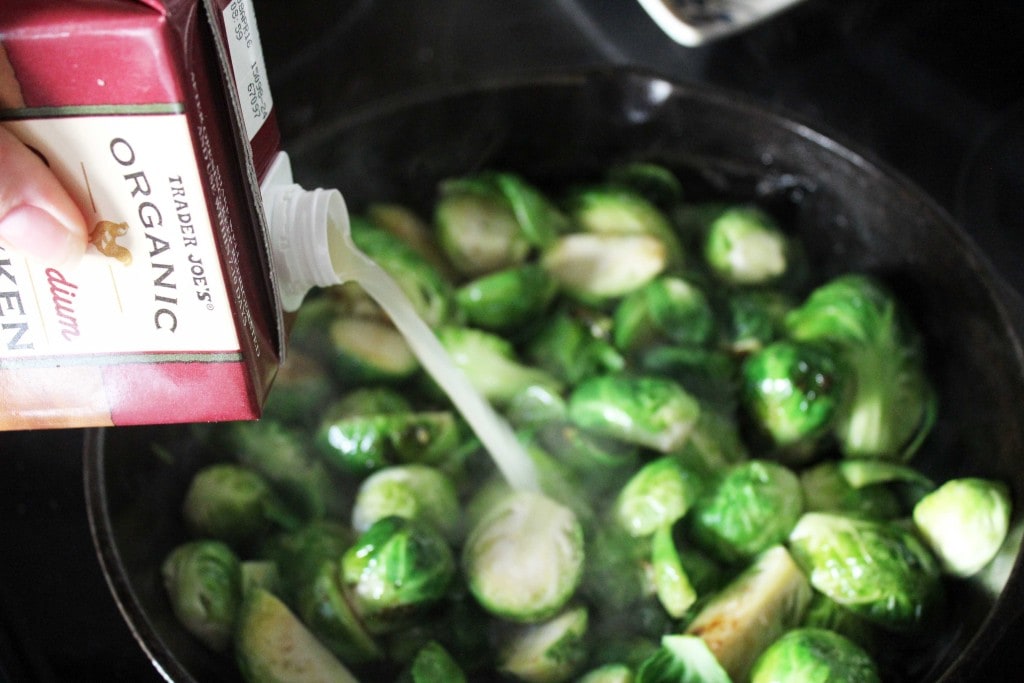 Now, here's where the braising comes in!  Let the stock come to a bubble, then let it reduce all the way.  The sprouts basically boil/steam/braise in the stock, but they're already browned from the bacon grease. 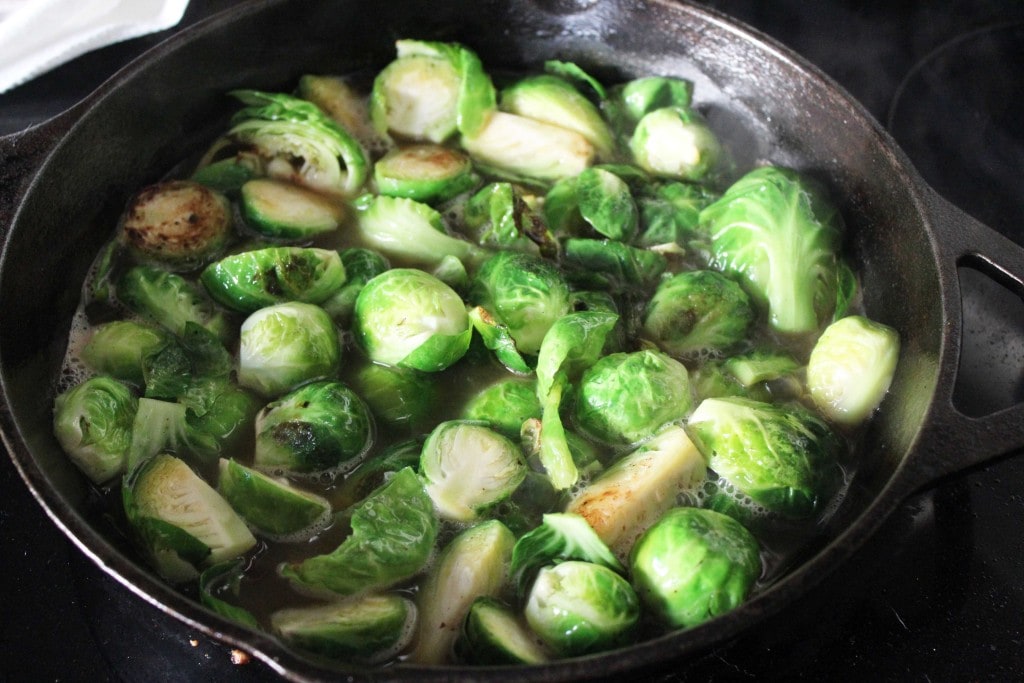 When the stock has completely evaporated, the sprouts should be bright green and tender but not mushy.  Crumble the bacon over top and drizzle everything with the balsamic glaze and BOOM.  Side dish, check. 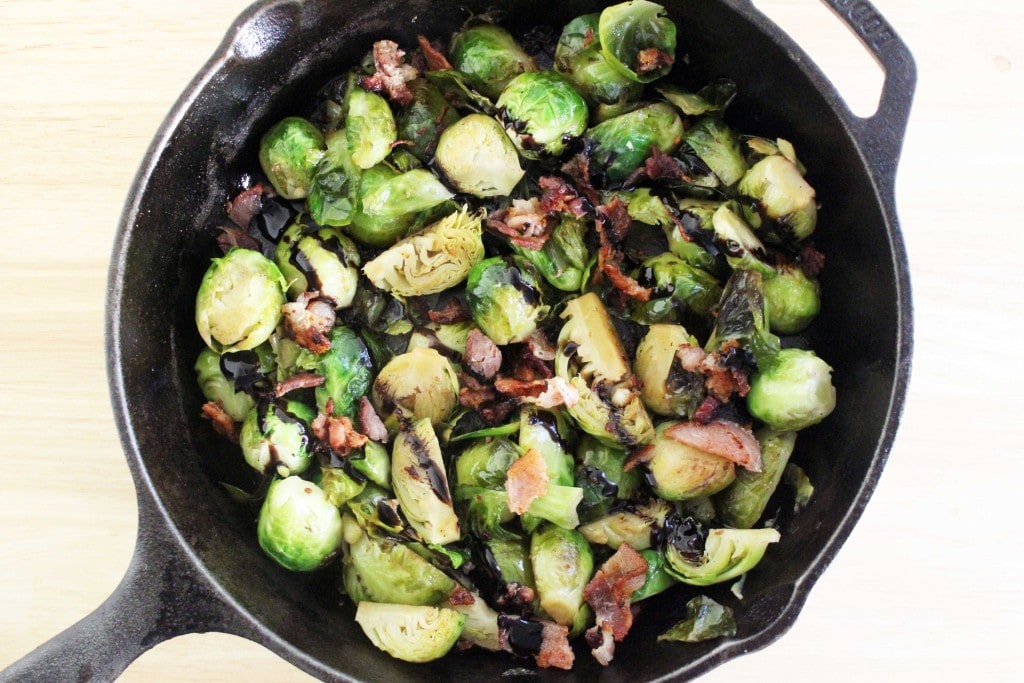 Make these soon as a practice for your next big family dinner, and keep them around for the entire Brussels season! 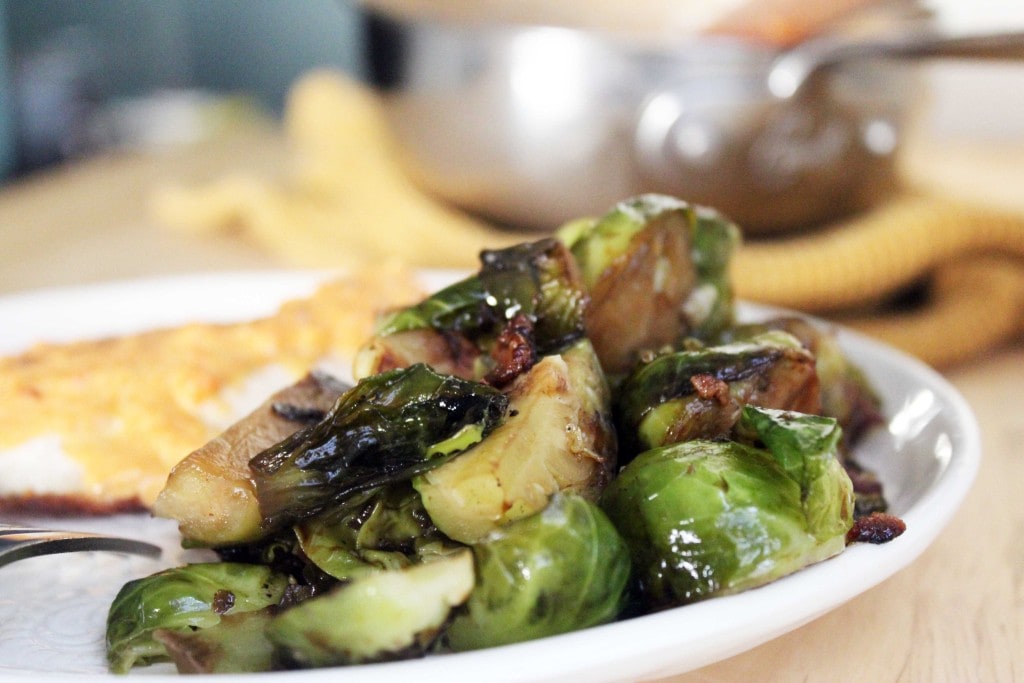