Honestly I have no clue what this should be called, but it's topped with club soda so....fizz? Spritzer. Sounds light, and Glory knows we need some light around this time of year. 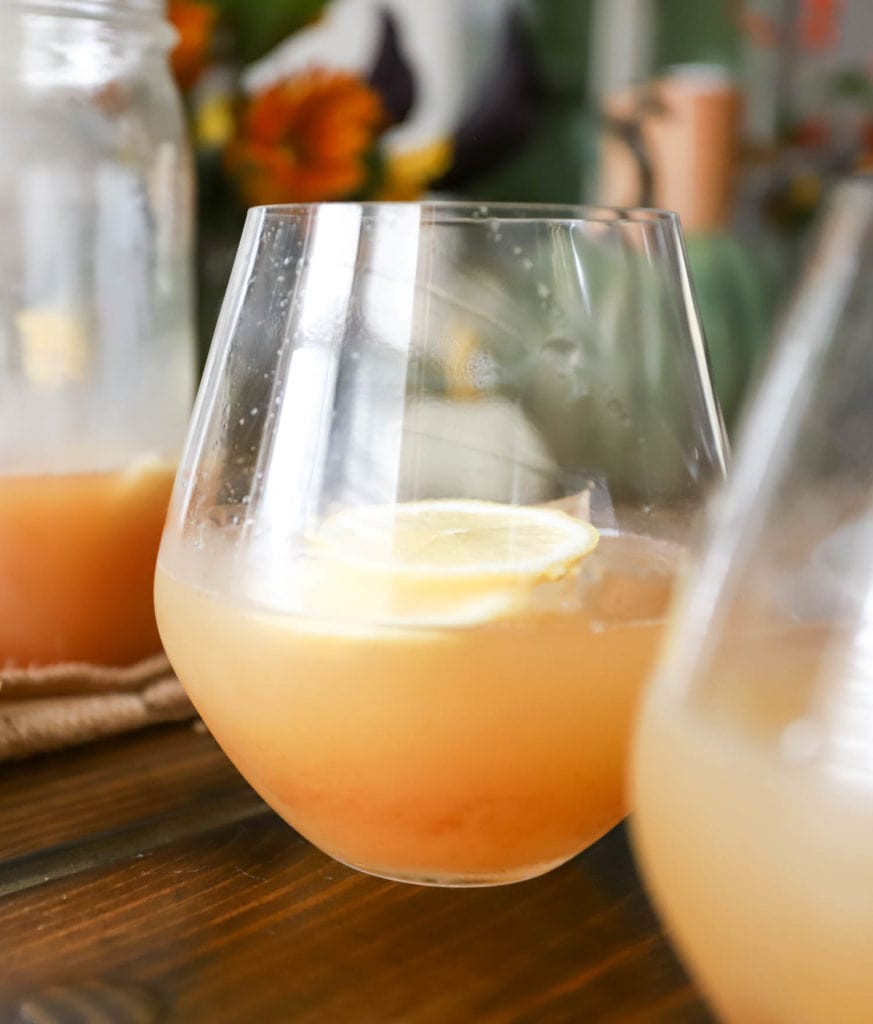 To be fair, I'm not sure a cocktail that involves bourbon and apple cider is reaallllyyy light, but the fizz definitely is. So.

Here's our annual cocktail! I realize that sounds lame, but we are way more beer/wine/vodka tonic types of people not fancy cocktails ever, full stop. BUT, there's something about the holidays that makes it super fun to mix up something festive, you know? My drink of choice when I do decide to get fancy is a dirty vodka martini with as much blue cheese as possible stuffed into olives. Jay thinks it is horrendous, I think he is wrong.

This taste nothing like salty vodka infused with stinky cheese, promise. It was recommended by my friend Kim, who is very smart and cool and a wonderful person and mother. Her husband drinks bourbon straight and this was the answer to "we have a lot of bourbon and I only like bourbon a little bit." She shared it with me, we made it for you, you get it. The testing of this recipe involved Jay saying "I don't know, it's just not quite strong enough" and me going "RIGHT, its' the first drink of the night." It was comical, and at the end of the night we were fiiiiiine on strength of cocktail. 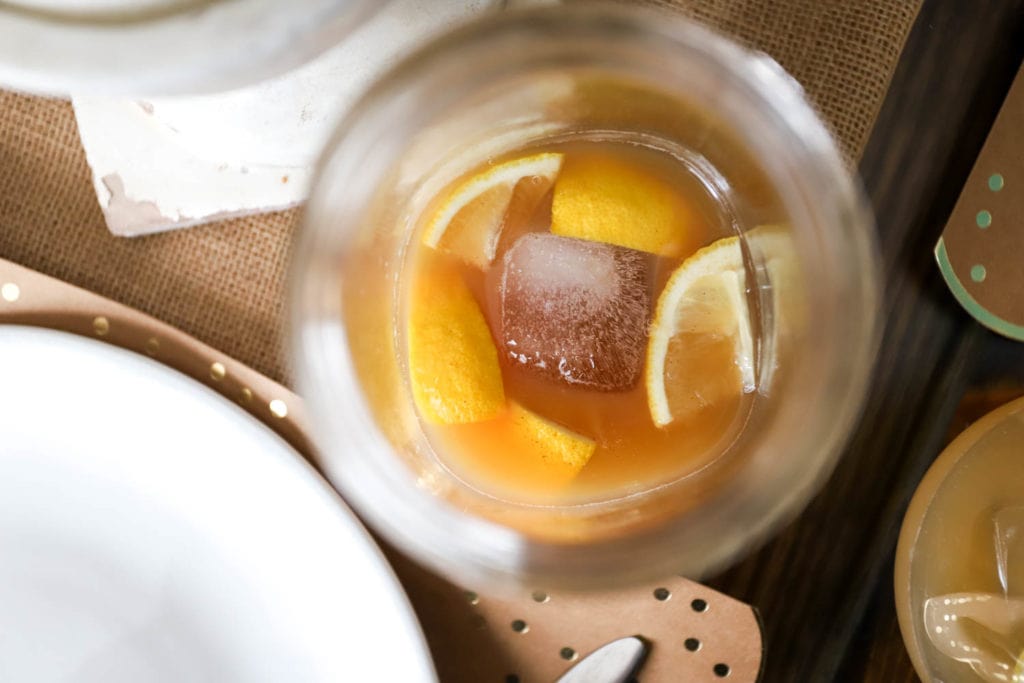 The ingredients are super simple. Bourbon, apple cider, cinnamon, lemon. Shake, top with club soda. You could definitely use tonic water if you like the extra sweetness, but we really enjoyed the bite of the bourbon + lemon with just a bit of the cider flavor. I vote extra lemon, Jay is a citrus minimalist. 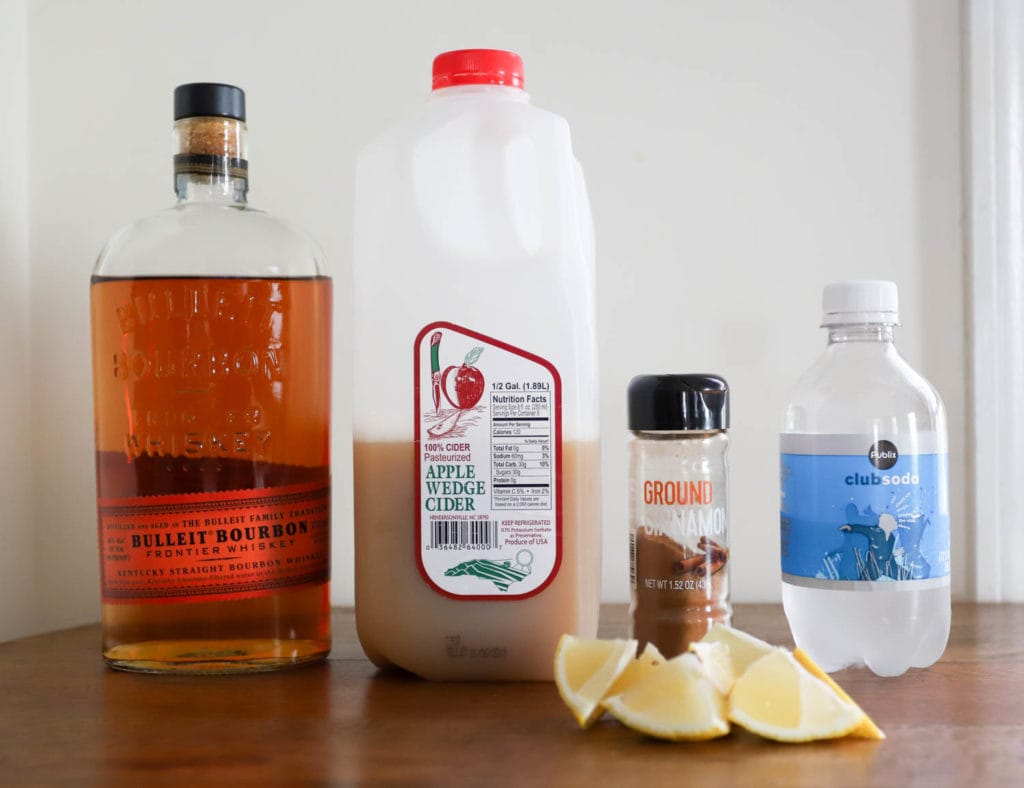 I make these in a mason jar because I don't own a shaker, but you'll make these in anything you can shake to combine well. Or stir them in a glass, whatevs. 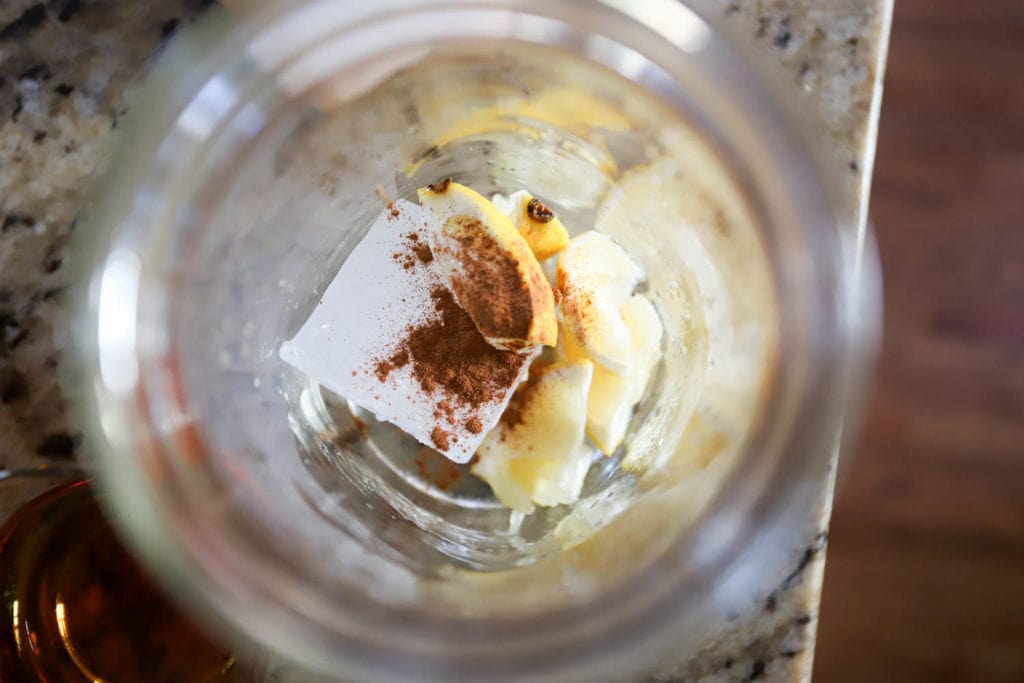 Start with a good amount of ice, the bourbon, some lemon wedges, a few sprinkles of cinnamon, and the cider. 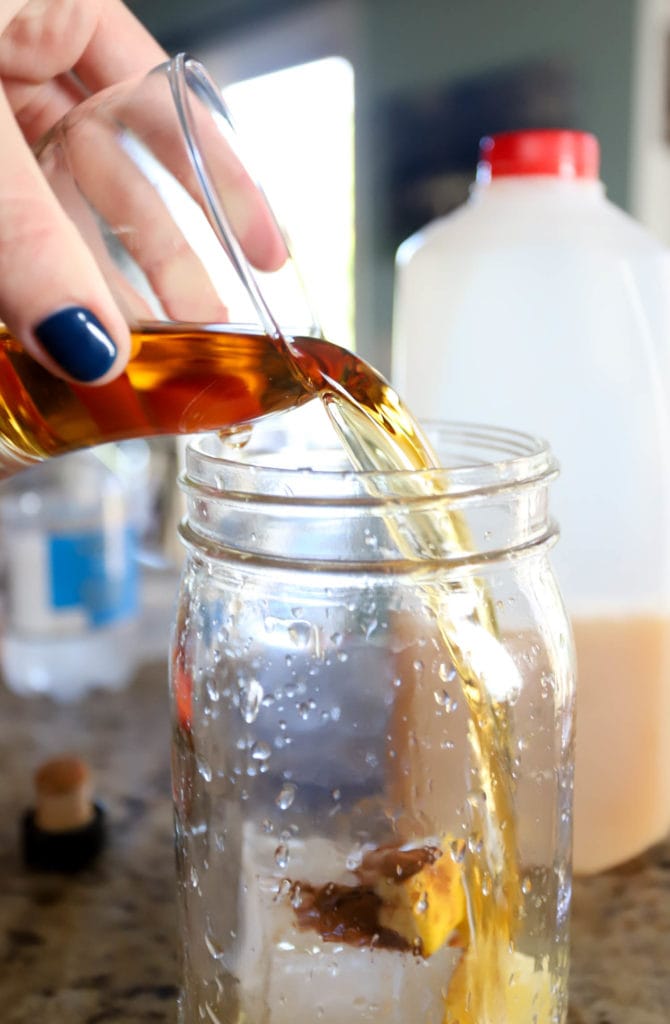 Shake the mixture together really well, then pour it into a glass with more ice. 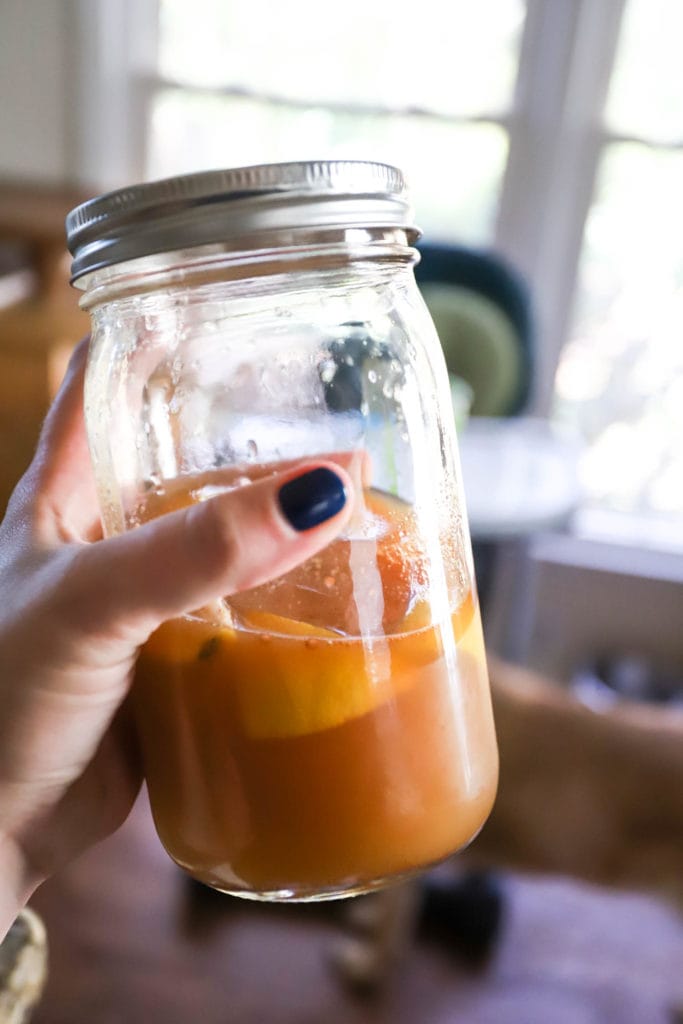 Top the drink with as much club soda as you'd like, give it a teeny stir, and we're good to go! 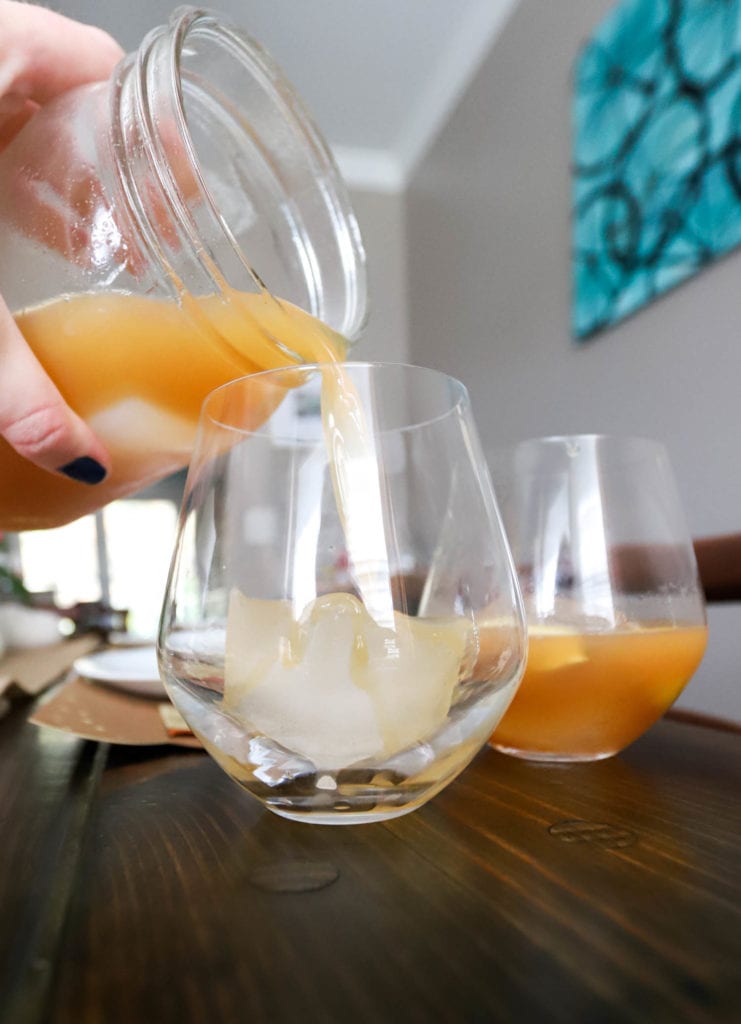 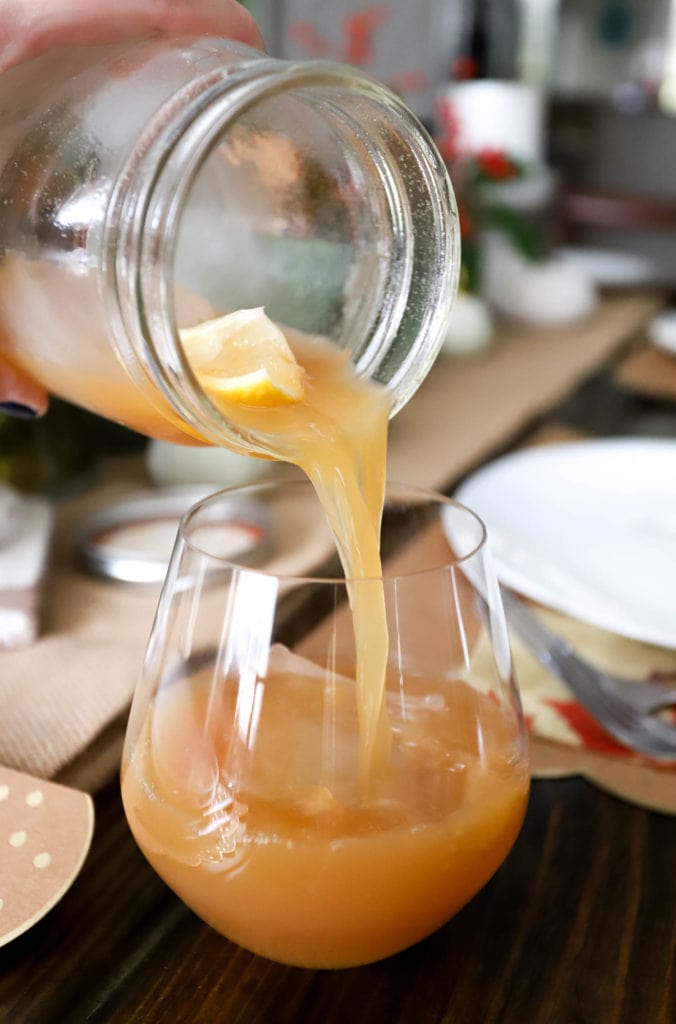 This is SO good, seriously. It's simple, refreshing from the lemon, seasonal from the cider and cinnamon, and so flavorful from the bourbon. The measurements below are for one drink, the way we like it, so adjust and make any changes you like! For advance prep, I'd shake the bourbon, cider, lemon wedges, and cinnamon in a jar, then remove the ice and keep that ready + waiting. Then, to serve, pour it into glasses over ice and top with the soda as needed. 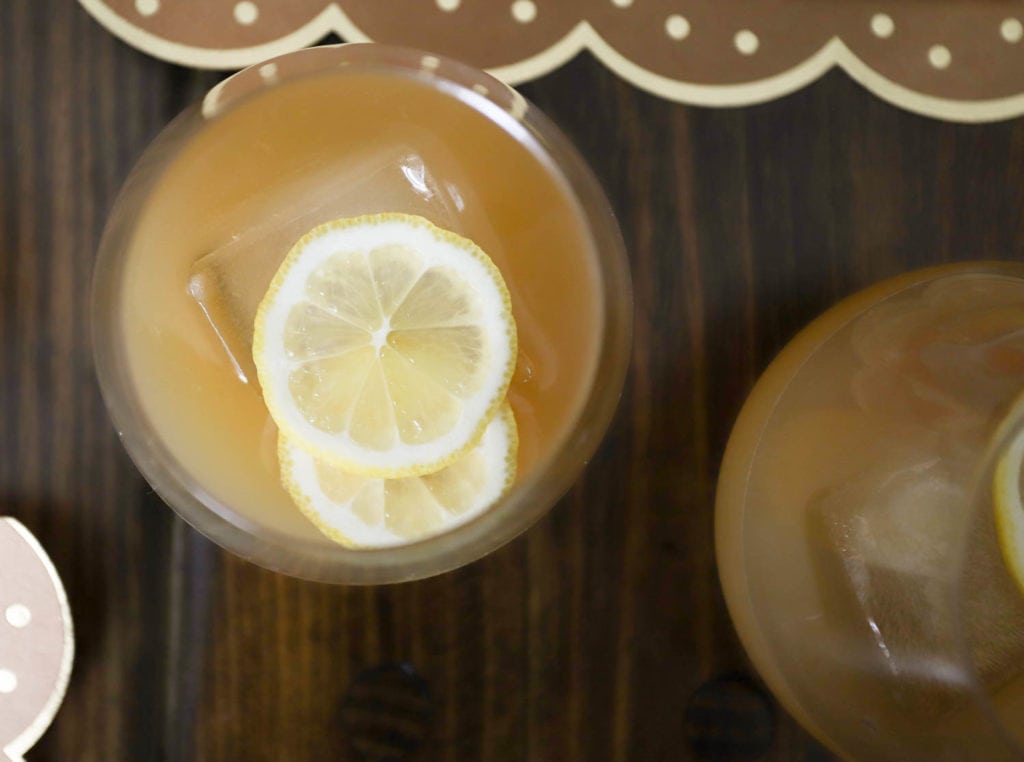 Happy holiday season to us! We've earned it. 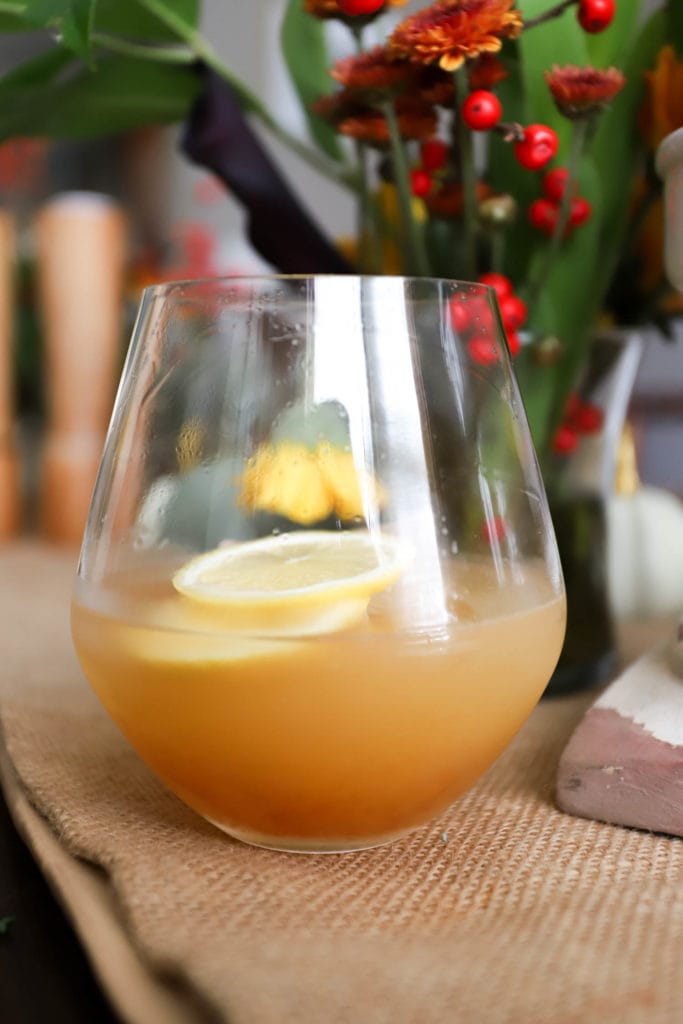