I had the weirdest and grossest dream the other night. 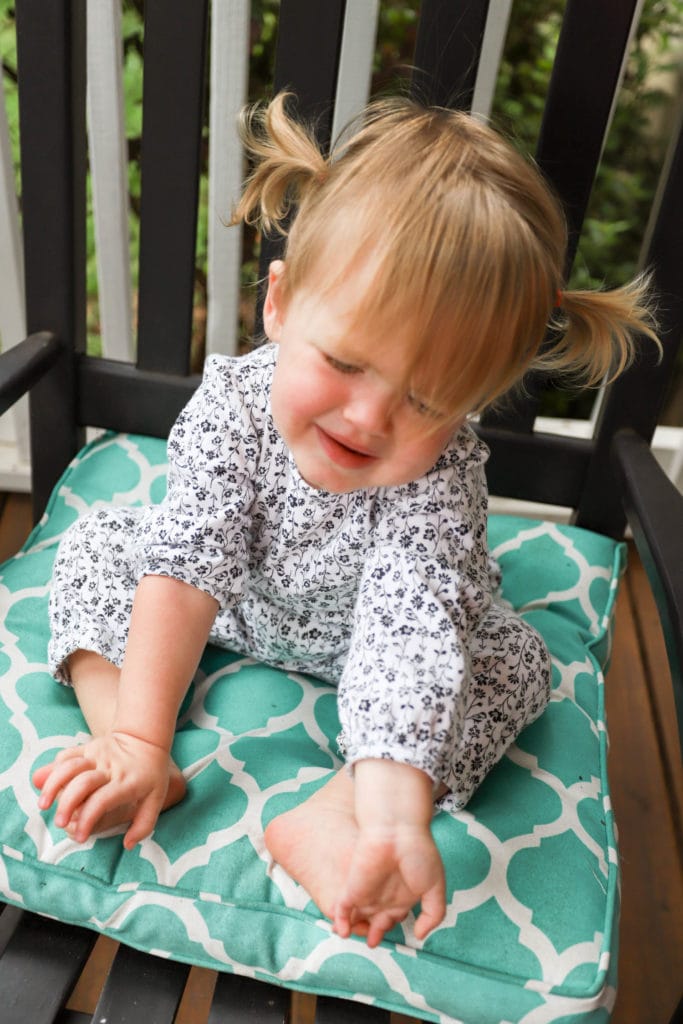 I dreamed that I started lactating again, but Beck was her same age and wasn't all of a sudden nursing or anything. My whole life was the same, but my boobs started SPEWING milk. It was super painful, so I squished them over the sink and they behaved like the hose attachment on the faucet. Buckets of milk, shooting out down the drain, and then they started to get clogged like when the faucet nozzle gets black gunk under it and you have to scrape it off. I had (?) to scrape off the ends of my nipples in this dream to essentially remove human butter and keep spewing milk that was coming from nowhere.

It was...vivid, to say the least. And it's been on my mind ever since. I told Jay about it, but that wasn't enough processing, so the natural next step is to tell disgusting dreams to the entire internet. I ALSO thought about it so much that in the shower the other night I squeezed my nipples and the barest hint of milk came out of Lefty, my old faithful.

I haven't nursed in nearly 8 full months. If you've never had kids, I realize that squeezing your own nipples in the shower for non-pleasure-related purposes sounds extremely strange, but hear me out. When you're pregnant you read all of this stuff about your breasts firing off at some point, releasing colostrum or even milk during pregnancy or right after you have your baby. Most women I've talked to are so fascinated by the whole ridiculousness that is pregnancy, childbirth, and breastfeeding that they get a little handsy with themselves. Plus, 21 months AFTER giving birth we're looking at 30 months, for me, of being pregnant, nursing, or (now apparently) lactating while my breasts slowly deflate and dry up. #hotmom Thirty mother effing months of being 100% linked to this tiny being that I didn't know, but now I know, and who is now the entire center of my universe. And, if things go as they should, I will know her for the rest of my natural life and have no expectation that she will at any point exit the center of my universe.

It is entirely too much to handle, which is why I led with the gross milk spewing dream.

I've been seeing all of these articles recently on the mental load of motherhood, and I'm not here to really rehash that besides that I've just resigned myself to being tired forever. The gist of those articles is that no matter how much help a mother has she will always bear the brunt of the thinking about all of the things job that has to happen in a family. Whether you are single, straight, gay, have 6 kids or never want any at all, you know that things have to be handled. Bills paid, food purchased, cooked, cleaned up after, laundry purchased, tried on, worn, washed, put away, birthday presents purchased, doctors appointments scheduled, attended, followed-up on, and paid for, and on and on and on in perpetuity (Jay hates when I use that word and I don't know why). It seems that, in most heterosexual families, the mother bears most of this mental load even in cases where her partner does lots of the actual tasks. This is exhausting. This is why mothers are tired. "And then we look HAGGARD." Name that movie.

But that's not what this is about. I think that sometimes the dads in this scenario get a bad rap. The more I live this life and read and learn from my family and others, the more I think that the exhaustion comes from the connection to our child, the love for our child, which sometimes is so intense that the only way you can get through the day is to handle details and appointments and tasks and let that be enough in the "this is how I love you" department. I do think that this happens a little bit more naturally for mothers, maybe because of a biological connection to our children (and this is a connection that science tells us is formed with adoptive parents as well), or maybe because women have crazy beehive brains that are firing on a million disorganized anxious cylinders at all times more often than men. I don't know, and I certainly don't want to leave anyone out of this exhaustion pool. If you are a man who has no kids who is super anxious taking care of a dog and your household then you can definitely claim the exhaustion of the mental load right along with me, I don't want to take that away from you.

When it comes to mothering, though, there is a "care for child at all costs" mentality that is almost impossible to turn off. And, the more impossible thing is that what constitutes proper care changes from family to family, culture to culture, and generation to generation. We need to keep kids healthy but also they need to be outside more, we DEFINITELY need to vaccinate but some people have a hard time reading about science. Kids should do well in school and get help if they need it but what happened to just being a kid? How important is organic eating vs affording more varieties of foods and paying for college? I should pay for my kid's college, right? Will that make them entitled? We should do some volunteer work as a family, but will that interfere with Saturday extracurriculars? Do we all need more free time? I don't want to gender my kid, but what if my son gets bullied for wearing pink? ...and on and on and one, in perpetuity, in a cycle of not just having the mental load of getting things done that need to happen, but sometimes not knowing which direction is the best one to take for your child, for your family, for your life.

It is that we love our children so much and want to do right by them so badly that we sometimes end up unable to sleep, think straight, or even breathe for fear of making the wrong choice. And I haven't even gotten into mommy shaming, guilt over working or not working, or judgement from grandparents, blogs, doctors, or the random old lady at the grocery store who informs you that talking early is a sign of a very precocious child. (shut the hell up Nana, she's an angel)

It's why we dream about lactating because even those of us who don't nurse for very long or at all feel that connection to their child where if I can hold you and feed you everything might be all right. If we're honest, it might be sometimes why we find ourselves distanced from friends, family, and even spouses after we have children. The anxiety and mental load that comes with that love and desire to nurture can make it challenging to maintain other relationships, even when we swear up and down that we'll NEVER be those people.

I don't have answer to this, but I do have a suggestion. It involves trusting yourself as a parent a little bit more. Sometimes the anxieties we feel as parents come from total overload of information from the internet, doctors, and other parents, all so well-meaning but sometimes fully contradicting what we think we know or feel. I think that when we ask questions we should treat answers as "one possible answer." Now, there are some clear things that are important: teaching your kid to read, avoiding promotion/use of heroin, and maybe eating some green things sometimes. Beyond that, though, there is such a massive gray area of how to raise a functional human being, and I have to remind myself time and time again that just because I read something one time doesn't make it the ONLY truth, and just because I think something is good for Beck doesn't mean it's the only way to go about things, and it certainly doesn't mean it's the right path for other children.

It's learning to balance intake of information with intuition and the ability to allow other people to be just as right as you are. That is hard, but I think it's way less exhausting than spending your entire life searching for perfection where it simply doesn't exist. The perfection is caring this much and loving this hard.

In conclusion: breasts take a long time to dry up, heroin is bad, and you know what is right for your child after a little bit of learning, not after exhaustive research and anxiety-ridden hemming and hawing over every little thing.

Except when it comes to vaccines, which you should put into your child your damn self if you have to.