You've got to work with me here. 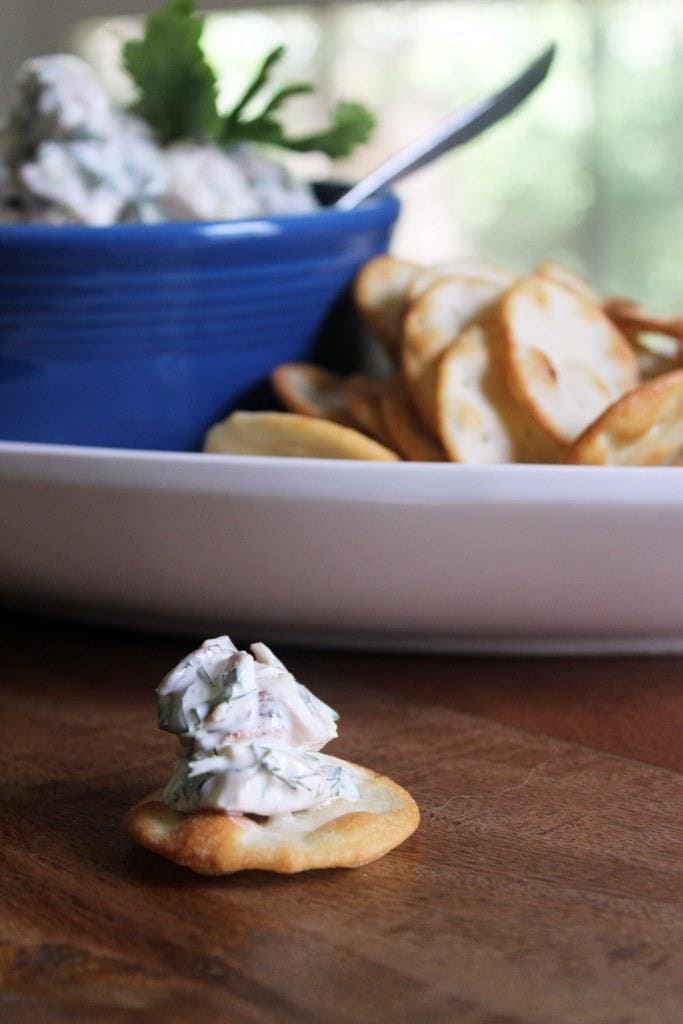 This is not some kind of green thing with healthy grilled chicken and a little bacon and ranch.

Nope.  NOPE.  This is creamy, decadent, SEXY chicken salad that happens to taste like homemade ranch dressing with bacon pieces mixed in. 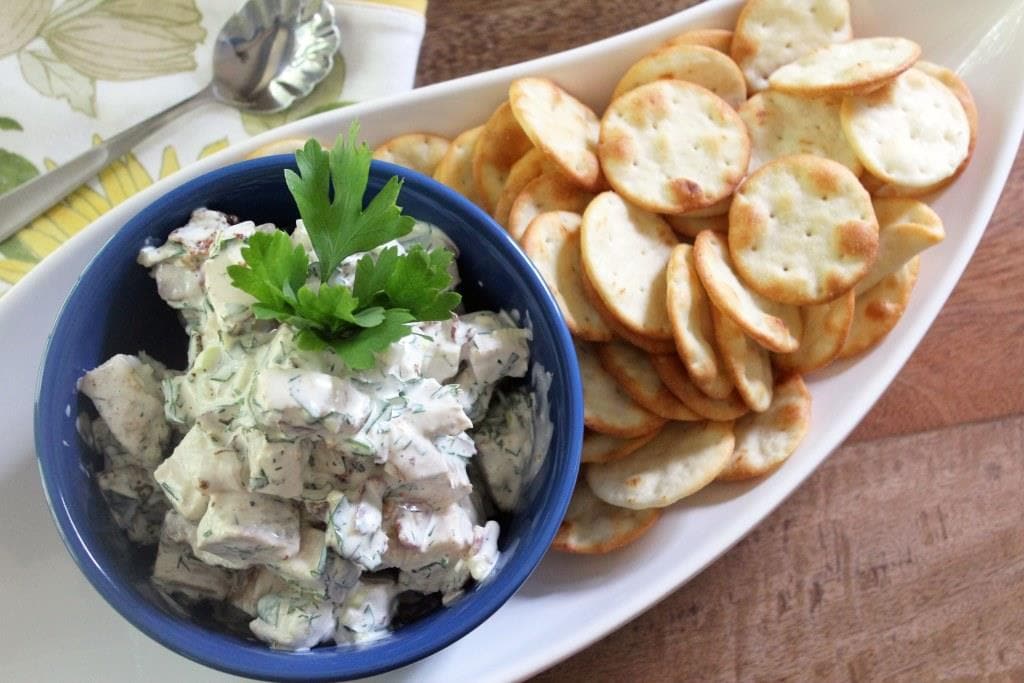 This was actually Jay's idea - sometimes he does this thing where he says words and then I make them into food.   It works great, and this is a serious winner.  The ranch dressing is super similar to the spread I made for the monster sub I shared a few months ago, and would be delicious just as a dip for veggies.  Homemade ranch is great!  The packet is delicious too, though, so don't feel bad if you're a packet ranch person.  I feel you.  This salad is great over greens, or with crackers, or on a sandwich, or just straight out of the bowl with a spoon.  It's GOOD.

You need chicken breast, bacon, mayo, sour cream, white vinegar (the secret to homemade ranch), parsley, dill, a scallion, onion powder, and garlic powder.  Simple stuff!  I'm showing the chicken seared in a skillet, but you could grill it or cook it any way you like.  This is a GREAT use up for leftover chicken! 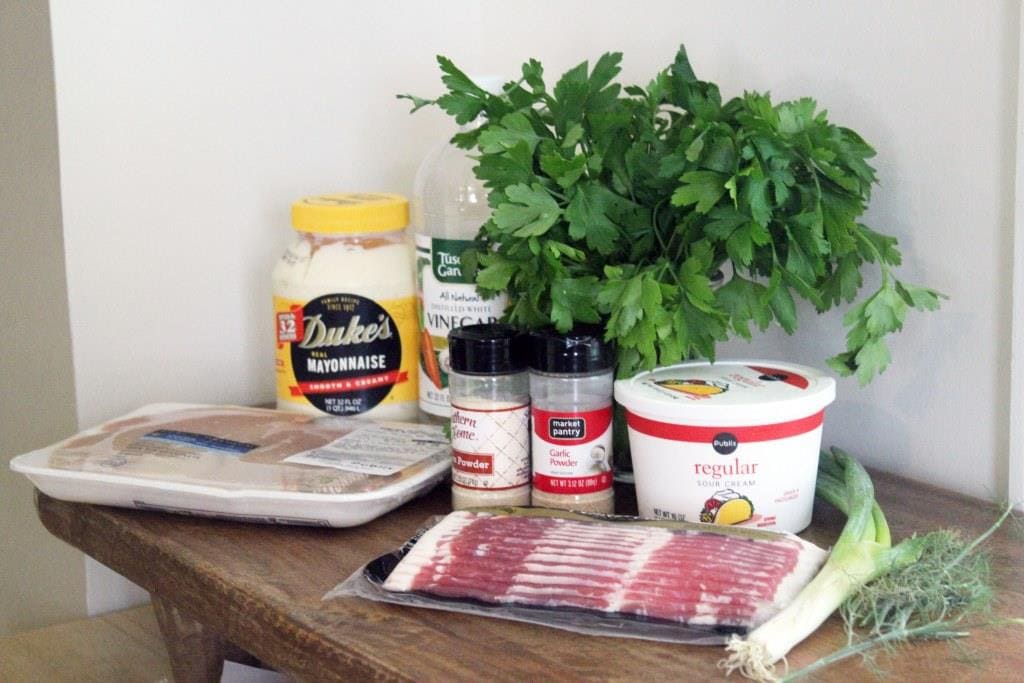 First, let's get the bacon started.  Basically, we're going to cook the bacon, then the chicken in the same skillet because BACON GREASE, and make the dressing during that time.  So, stick the bacon in a skillet, turn it to medium-high, and let it get cooking! 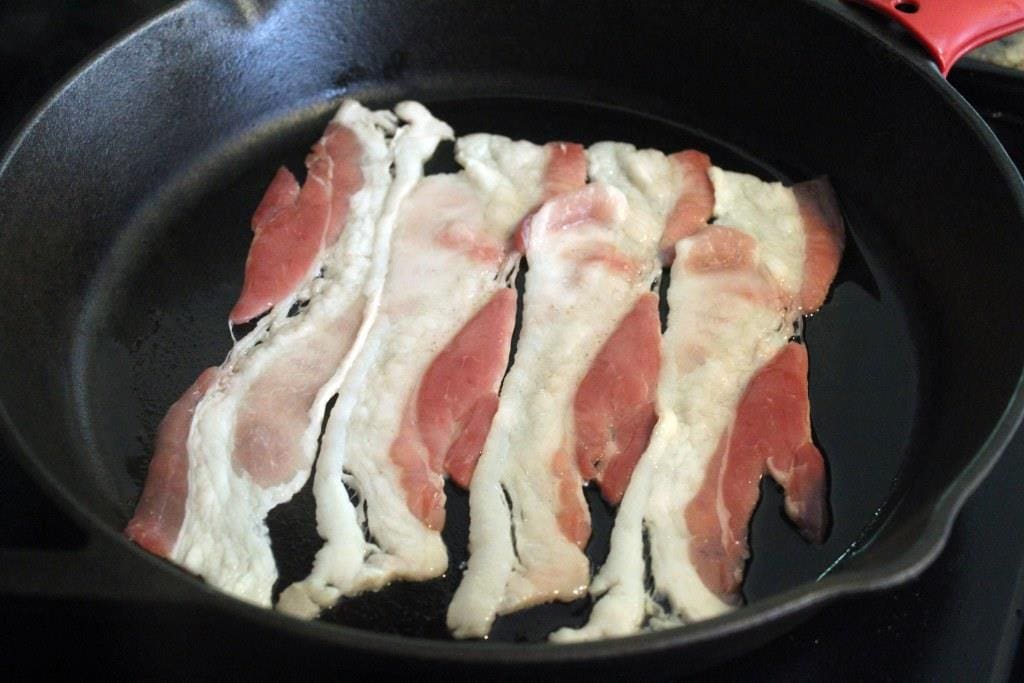 When the bacon is crispy, remove it to paper towels to cool. 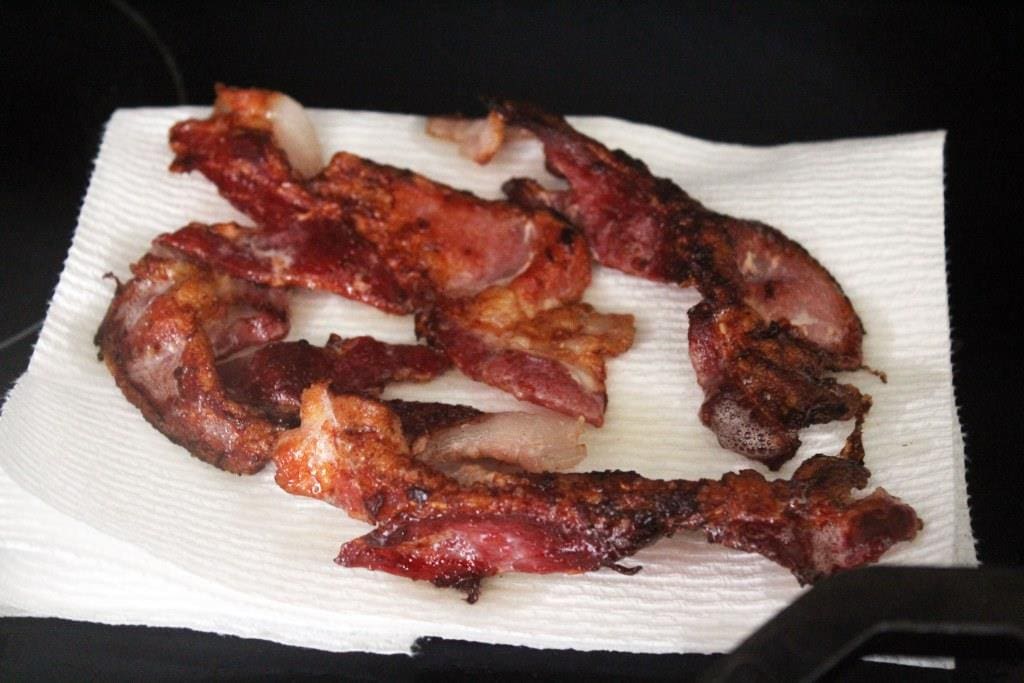 Then, to the bacon drippings, add the chicken and sprinkle it with pepper - no salt needed since the bacon is so salty. 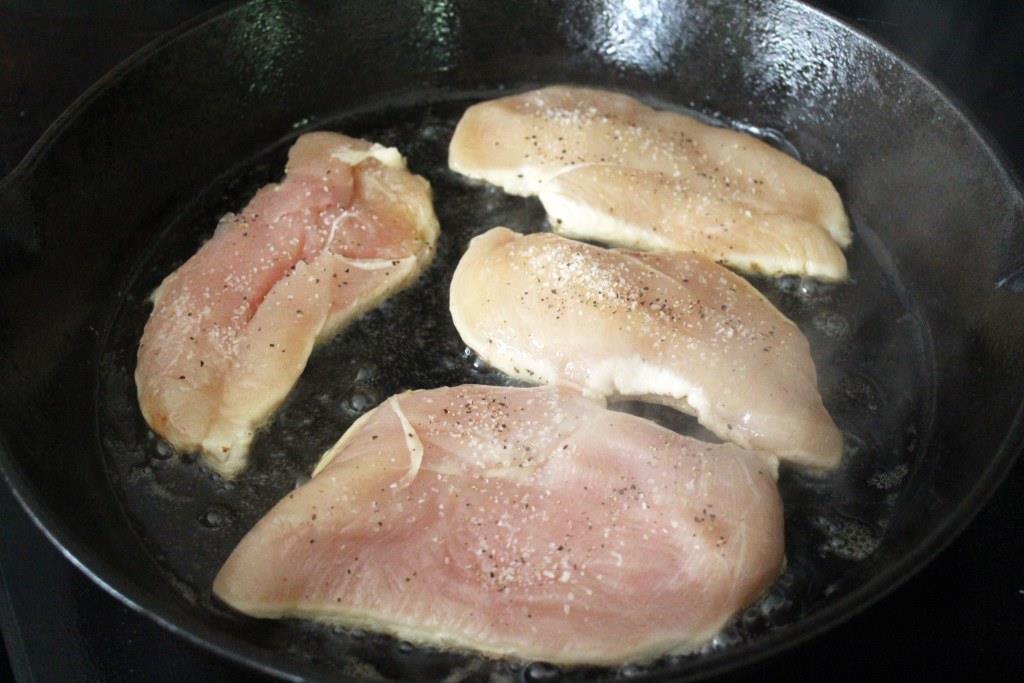 Cook the chicken for 3-5 minutes on each side, depending on how thick the pieces are, until it's totally cooked through.  Then, remove it to a plate to cool like the bacon. 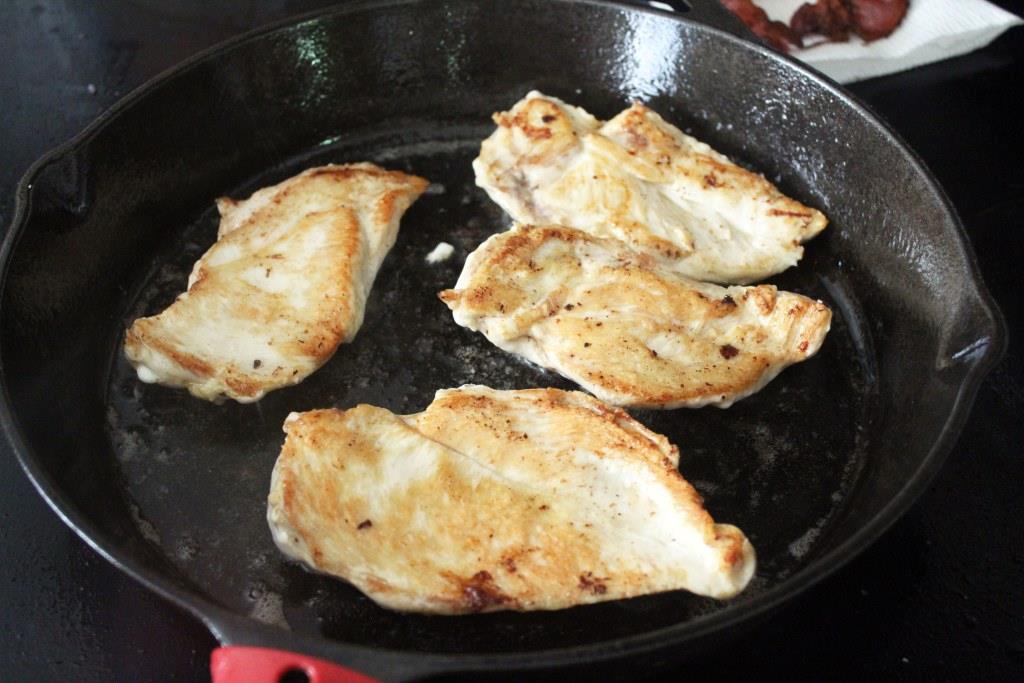 Now, while all this is happening you can be working on the dressing.  First, slice the scallion and chop the herbs.  This was a massive scallion, so I only used half of it, but 1 regular one would be fine. 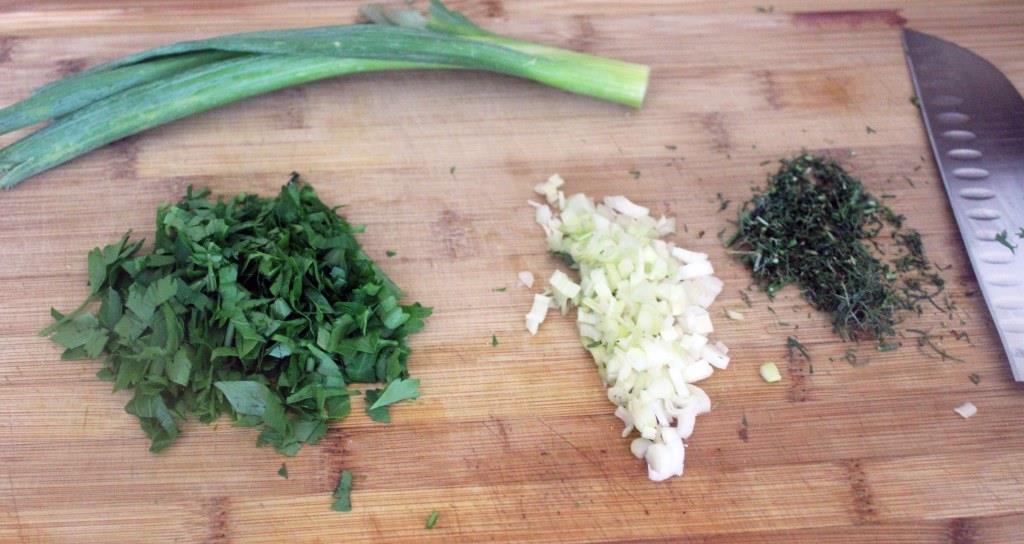 Then, add the mayo and sour cream to a bowl.... 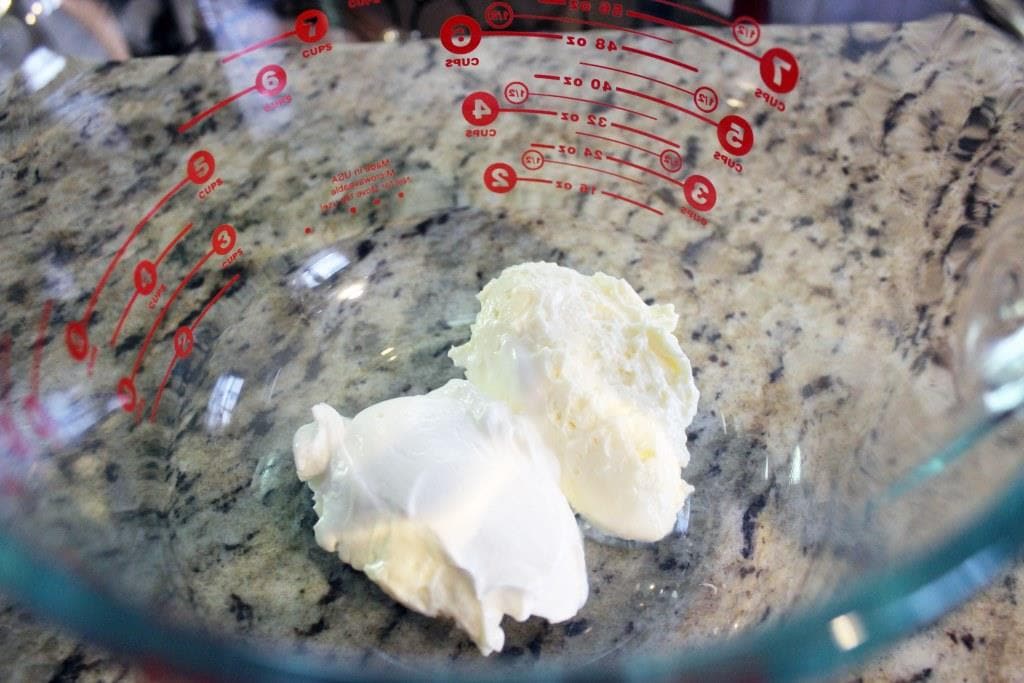 ...along with the rest of the seasonings. 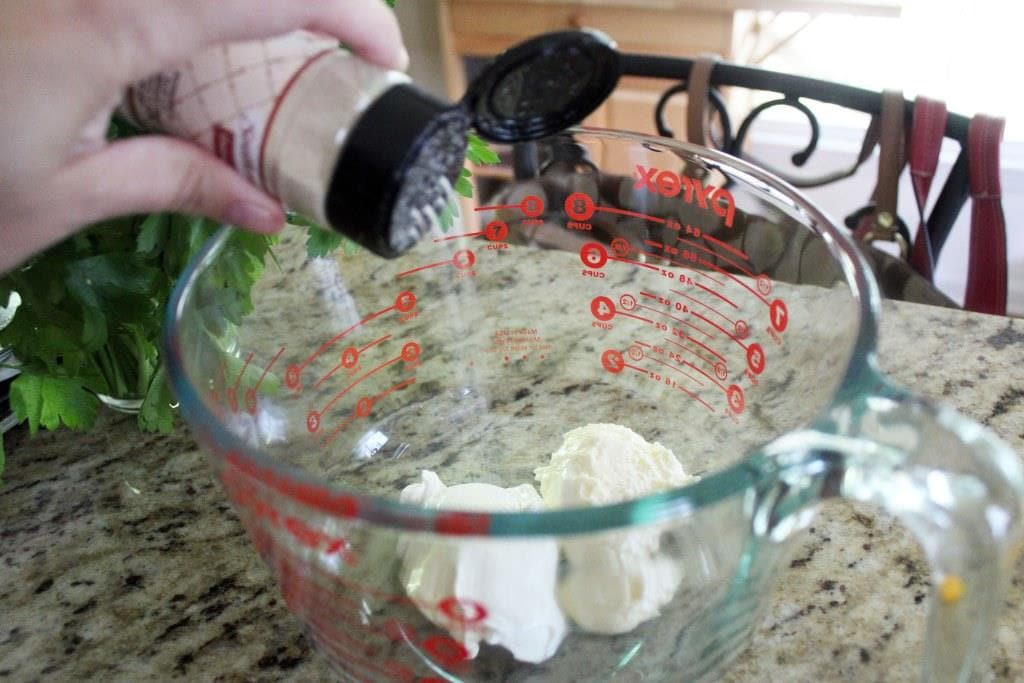 Dump in the chopped herbs, too. 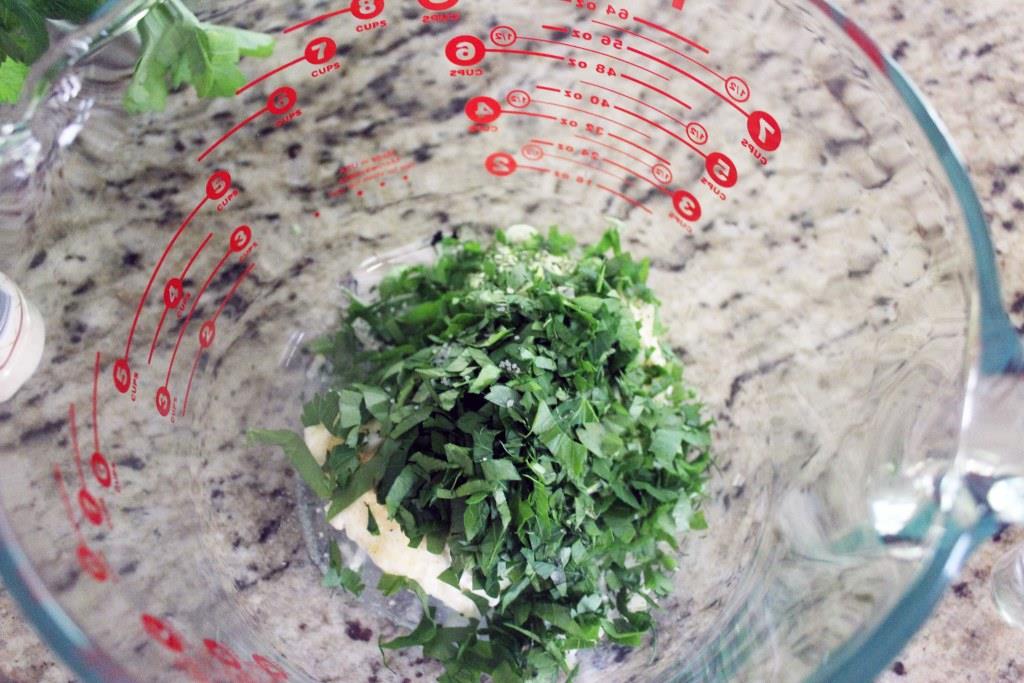 Then, stir everything together!  Ranch. 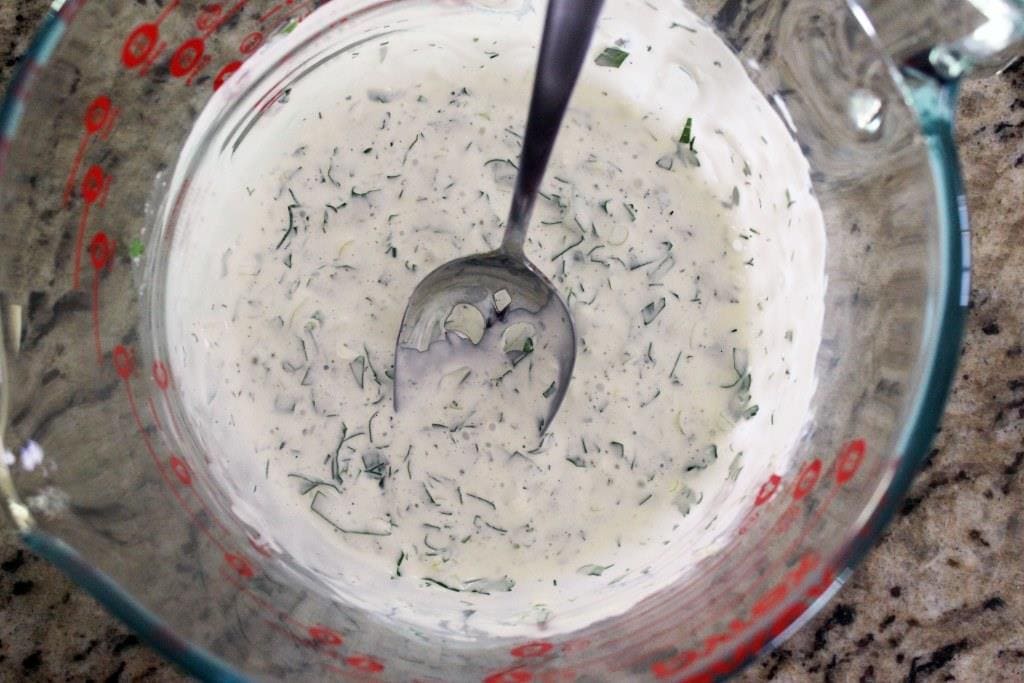 Now, once the dressing is made and the chicken is cool enough to handle, cut it into cubes, and chop up the bacon. 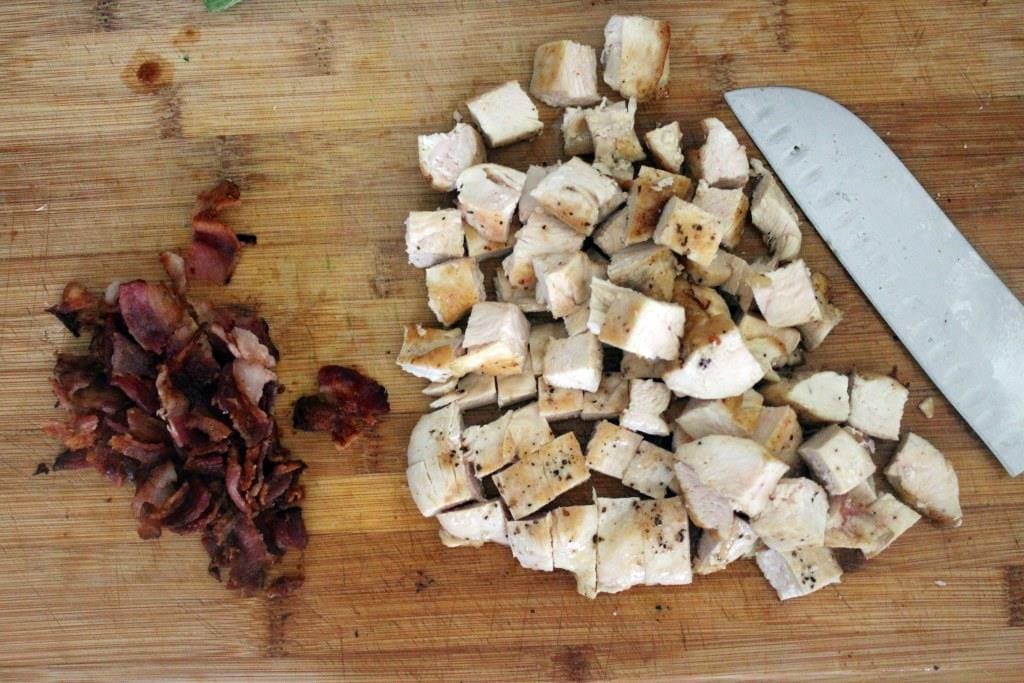 Then add THEM to that dressing! 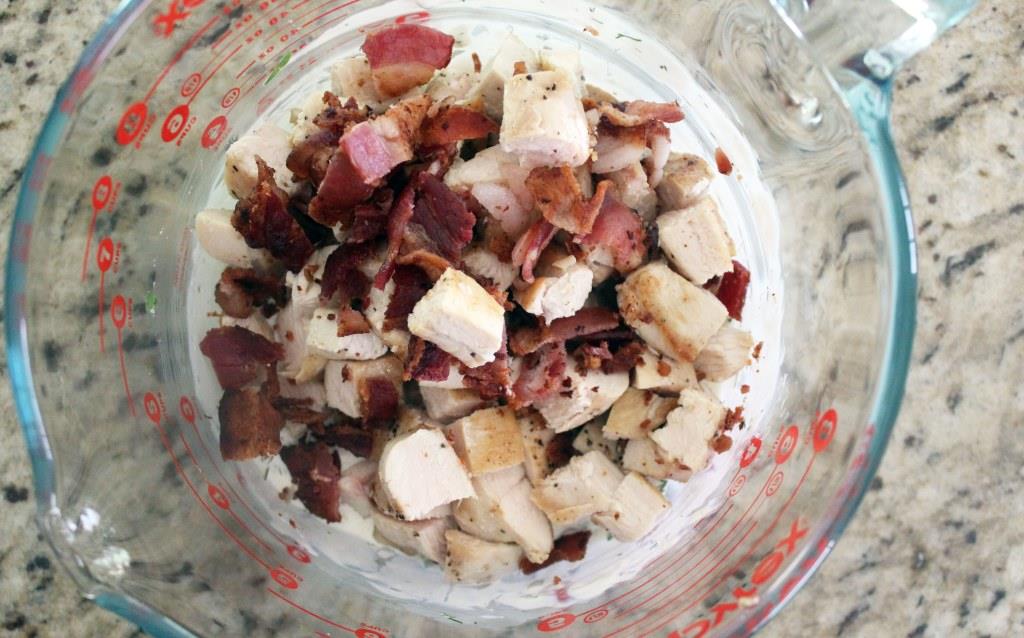 Stir everything together, and taste.  Add some salt and pepper if you'd like - I didn't need either. 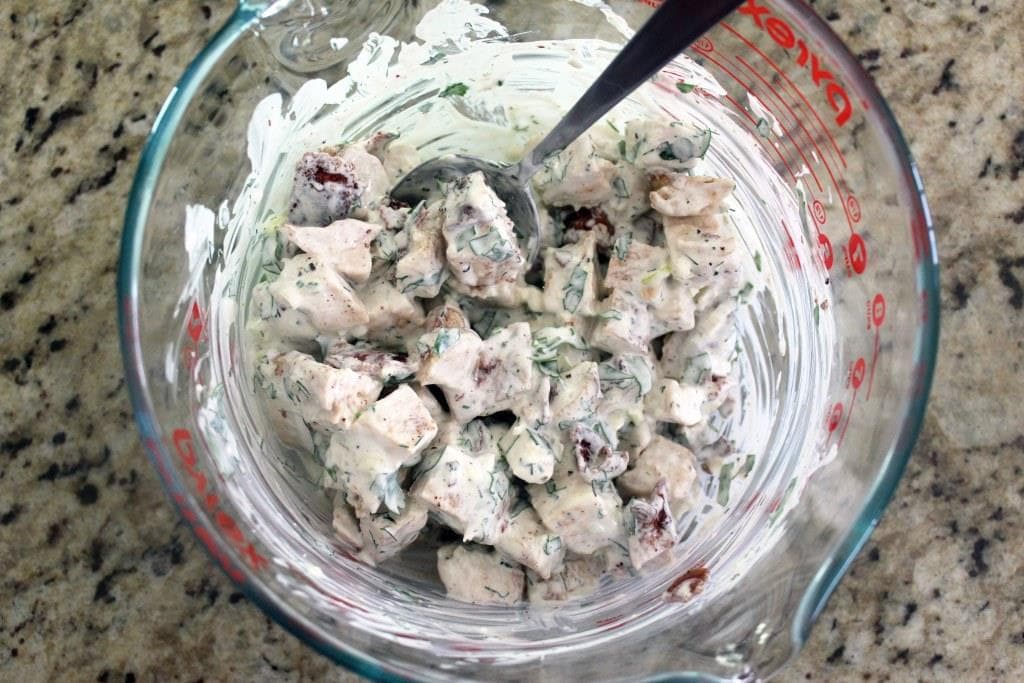 I serve this with pita crackers for snacking, but you can do a ton of stuff with this salad, like I said.  I mixed it with some lettuce and topped it with some chopped avocado for lunch one day, and MAN OH MAN.  It was super delicious. 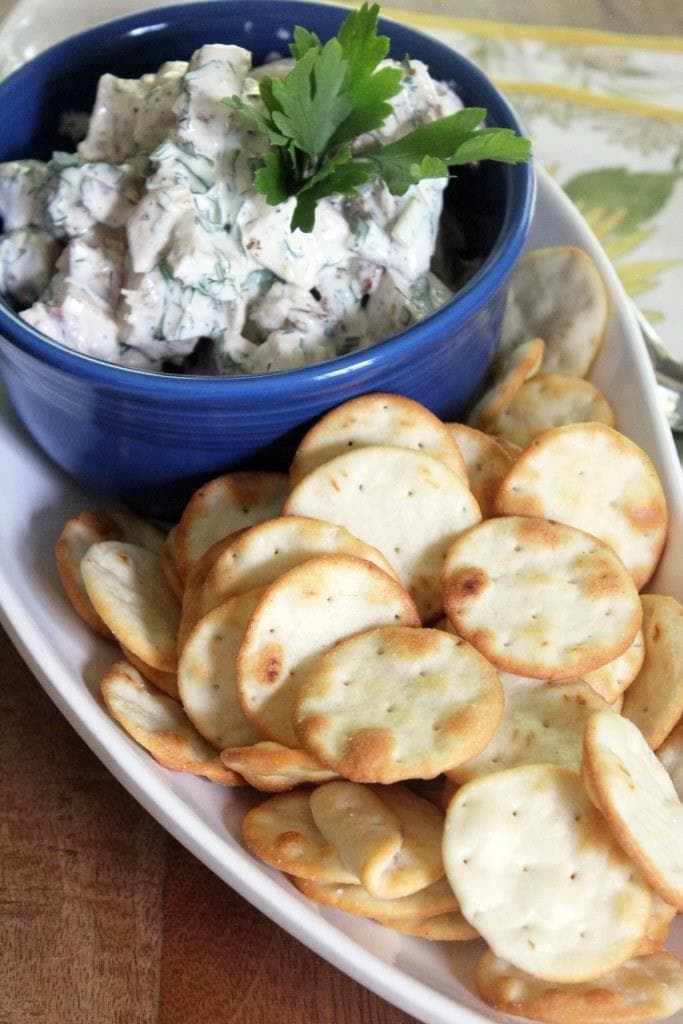 Make this your new favorite summer food - I promise it won't let you down. 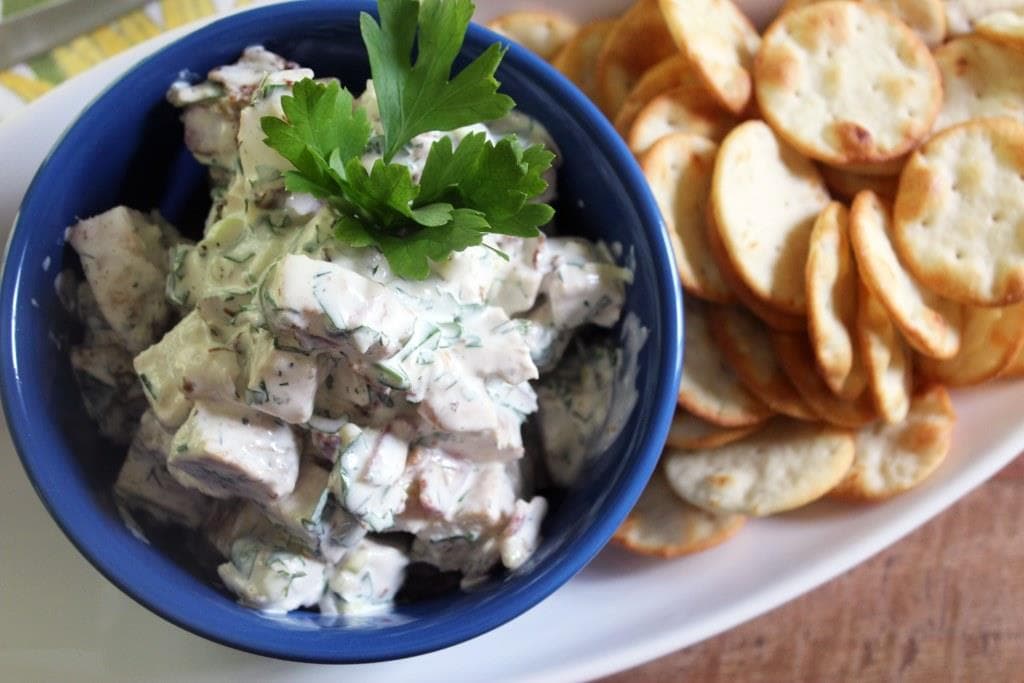 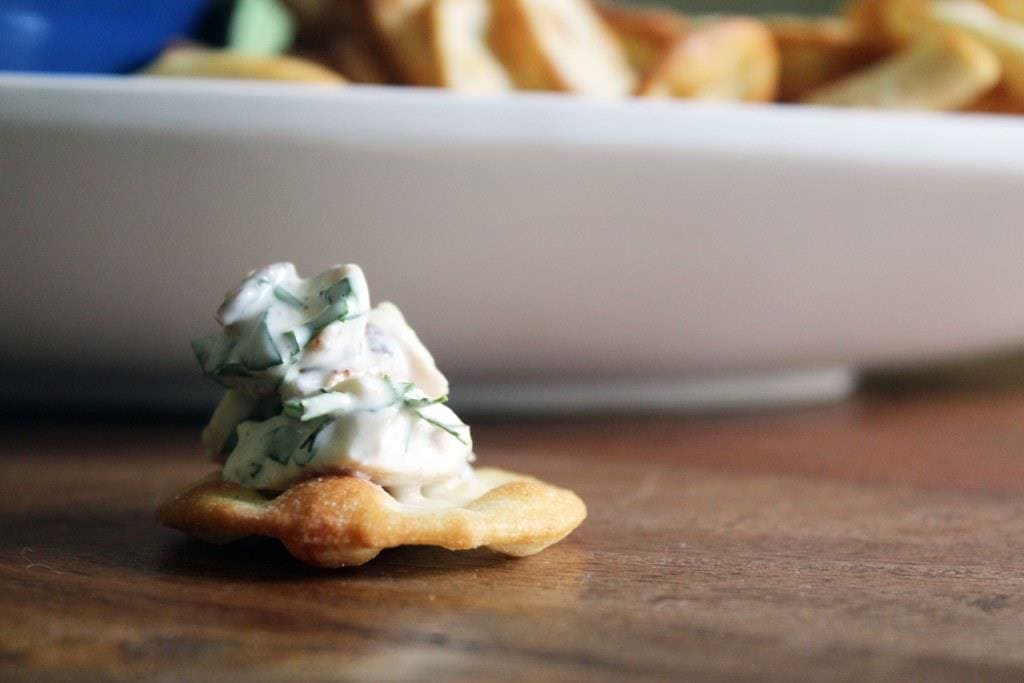