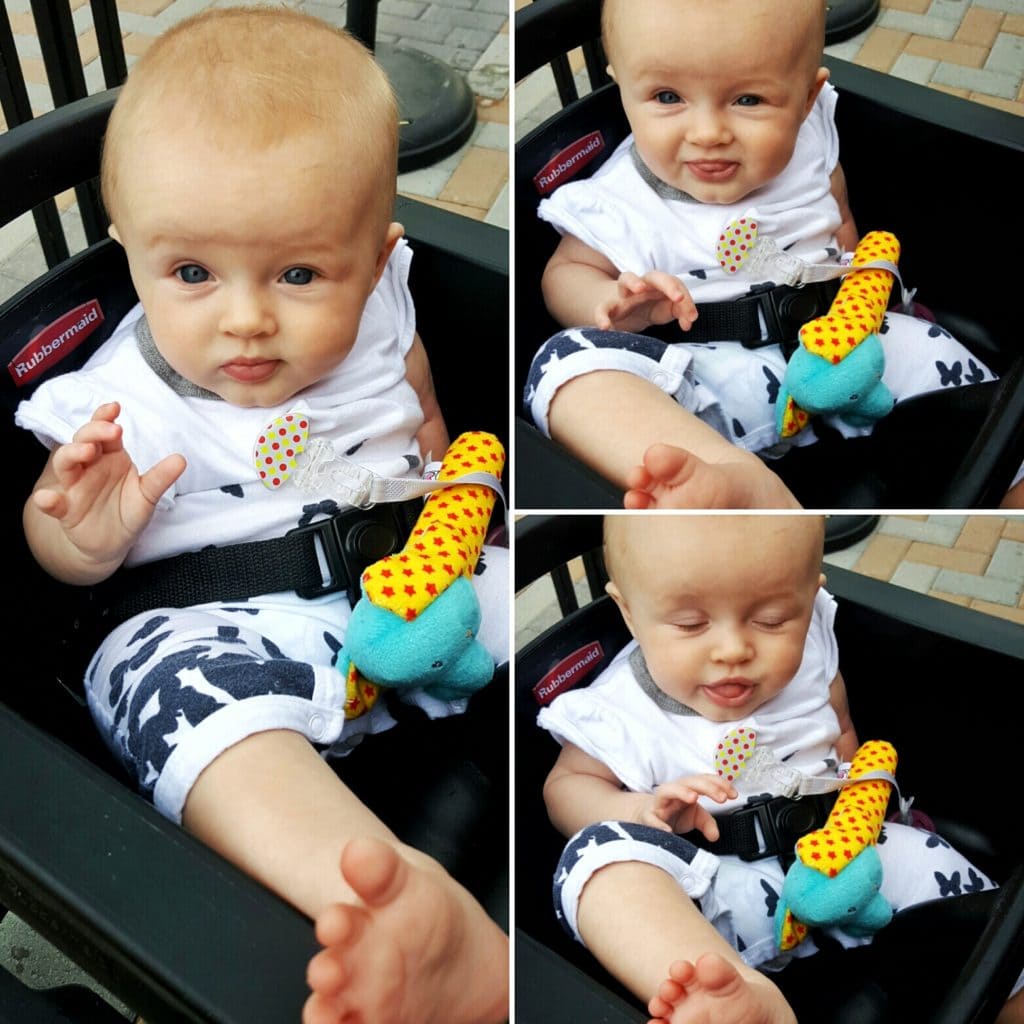 Not really for any actual intake, more for exploration and to keep her quiet while we are eating.  A lot of the stuff we've read tells us that we'll kind of know when she's ready to start working on food based on her interest, mimicking what we're doing when we eat, that kind of thing.  BOY HOWDY DOES SHE EVER DO ALL OF THOSE THINGS.  She's super interested in food, gets grabby at the table, all the normal signs.

So we've started stuffing things into her mouth.

It's kind of like a soft opening of a restaurant, I guess.  We aren't giving her 3 meals or even meaningful portions of food just yet, rather, we are giving her bites, licks, and tastes of things here and there to entertain her, laugh at her faces, and get her used to the fact that Food Isn't Always Boob.

We are planning to do Baby Led Weaning, in which you skip purees and the spoon-feeding of babies at the beginning.  Instead, you offer soft, manageable foods, kind of show the kid that they can eat them with their mouth, and then...let them go for it!

It sounds messy.  I loved the idea as soon as I heard about it because the puree/baby food stage is super short anyway, and this encourages the baby to explore and learn on her own, eat as much or as little as she wants, and still get all of her calories and nutrients from breastmilk.  It sounds fun, mostly.  So, we've given her stuff to taste or gnaw on!

So far, Beck has tried the following foods:

There is no rhyme or reason to this list, and there are definitely more foods that I'm forgetting, but basically when we have something either 1. soft enough to not choke on or 2. large enough that Beck won't really put it in her mouth (the pizza crust), we shove some near her face and let her run with it.  The lemon slice has been her favorite thing so far, she dropped it on the ground at a fair and was REALLY upset that we didn't pick it up.  So....she's a little tart, which we kind of already knew.

Any experience with BLW that you've tried, I'd LOVE to hear about!  We're kind of going at it really slowly with no intentions but to not have her die and also learn about as many different foods as she can.  And hopefully she'll get over the lemon slice addiction soon.