Jay had surgery on his leg again today! 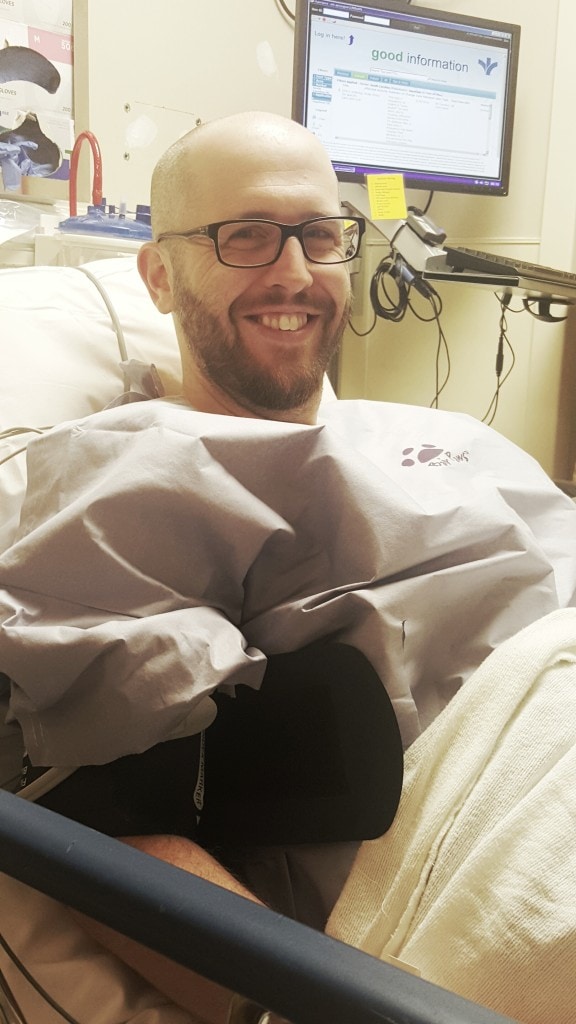 The leg.  The leg that he broke!  When I was pregnant on the first day of vacation last year.  It's quite the story, but the original surgeon stuck one of the screws too far in, so it was digging into another bone.  Of course.  I posted a picture of him on Instagram way early this morning - we had to be AT the hospital at 5:30, but we were home at 11am with Panera and narcotics (only Panera for me, sadly), and everything went well.

Now, our guy is snoozing on the couch and Beck and I just had a 3 hour nap since we too woke up at 4am.  That's early, y'all, even with a newborn.

I had so many memories of Jay breaking his leg this morning, and I'm just SO stinking glad that this was a quick fix.  The surgery itself took 3 minutes - kind of like a flight from Greenville to Charlotte, you're kind of better off driving because the non-flying parts of flying take so damn long, you know?  Last time was a much longer surgery, night in the hospital, recovery that lasted until...this morning?  The whole point of this procedure was that Jay hit a plateau with pain and it just wasn't getting any better, and the new surgeon thinks this will make a ton of difference.

Jay and Beck were champs and we made it through with zero incidents.  When we were sitting in the prep area the couple next to us was preparing for a 4-procedure heart surgery for the man that involved a chaplain and the surgeon telling the wife about the updates she'd be getting throughout the day.  We both got really teary and I wanted to hug that woman SO badly.  I'll take a 3 minute screw removal any day, and also people entering into 5+ hour surgeries that might kill them should have WALLS to prepare for surgery, but whatever, no one asked me.

Which leads me to my next point - our healthcare system blows.

But we'll get to that tomorrow, right?  Today all is well, we're resting and ignoring how messy our house is, and Jay's already been walking and helping with Beck and making jokes, as he does.  We'll keep you posted!