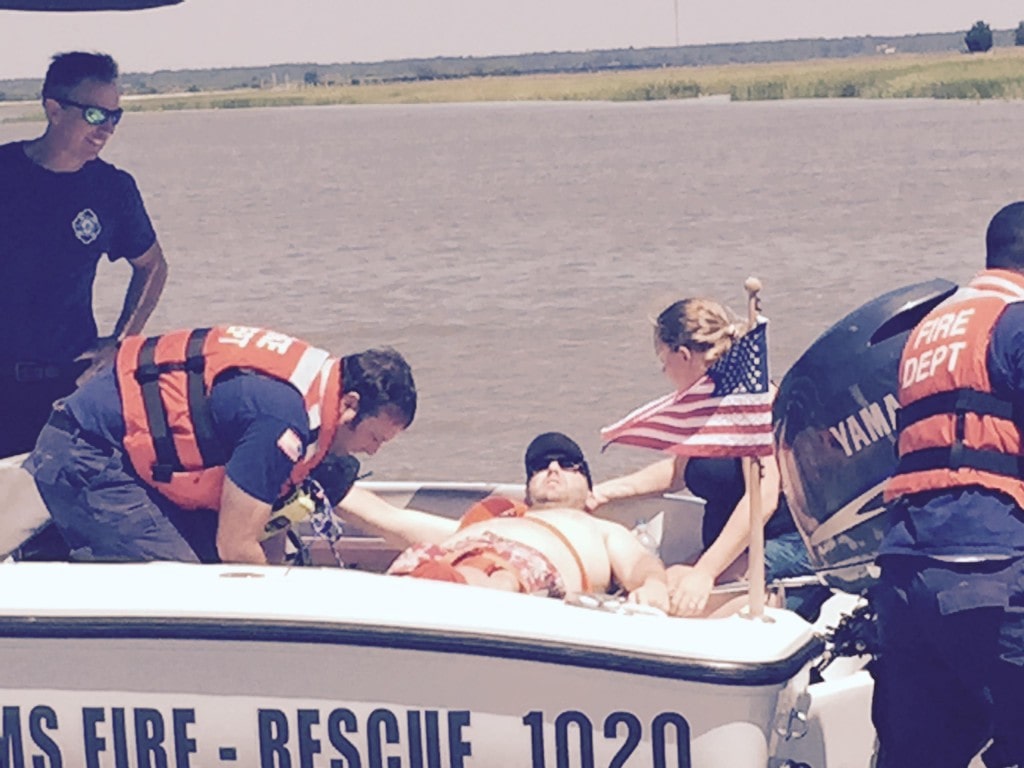 Since coming home a little over a week ago, we started the battle of trying to get post-op appointments in a new city (a battle basically lost to bitchy secretaries, frankly), started PT, went to a wedding, graduated to a cane, and started DRIVING.  Hip hip!  This guy, he's ridiculous.

Last week on Wednesday Jay started physical therapy with the same guy that helped me with my arthritic knee last year, and they hit it off right away.  Jeremiah is tough but sympathetic, and I think after Jay started sessions last week he felt a lot more comfortable trying new things with the knowledge that he really wouldn't re-break his leg or anything like that.  Too much weight or pressure still hurt a lot, but at least he felt comfortable with the fact that he wasn't adding to the damage.  We had a teensy scare last Friday after PT because there was a new pain in Jay's ankle, which everyone agreed was liiiiiikely just pain from the new use of the leg, but also that it could be a blood clot.  SO, we spent Friday morning at the hospital outpatient center where Jay got his first ultrasound of the year.  Luckily, he didn't have a blood clot and the pain was just pain, but still.  Not something we wanted to mess with and something we were GLAD turned out to be nothing.

The plan had always been to go back to work yesterday (Jay worked at home for the last 2 weeks, the week before that was full-on narcotic central), so I think Jay had a little internal timeline and a few things he wanted to check off the list before he went back.  We practiced driving last week "just in case," but I still drove everywhere and Jay didn't go anywhere without me until Saturday.  Poor guy.  On Saturday, though, we had a wedding to attend but I was singing with my band, so I had to go early to set up and get all ready, and Jay wasn't ready to be out of the house for more than a few hours.  So, he drove himself and our friend Matt to the wedding with. a. cane.  He'd been using a walker exclusively until then, and I almost cried when I saw him walk up to the celebration with just the cane.  He was of course exhausted after the night was over, but he drove the 25 minutes both ways, stayed for a few hours, and had a great time being out of the house.

I installed a fancy new shower head with a hose so that baths don't have to involve me anymore, and it's like my little cripple is all grown up.  I'd imagine that there is something really humbling about having your wife hose you down in the bath twice a week because you can't turn in the right direction, so I was really happy that I managed the installation without any floods and Jay was happy to be able to shut the effing door and get rid of my chatter for five seconds to bathe.  He did end up shaving his hurt leg below the knee to prevent so much chafing from happening in the boot with the sock.  I had told him to do it from the get-go, but I think at the time it was just too much to think about since shaving is kind of a pain, but since he did that the boot and sock has been a lot more comfortable.  One shaven calf is also kind of funny to look at.

So then we got to yesterday, and it was work day.  It also happens to be the first week of school for our local kids, and darned if I didn't pack Jay's lunch and be sure he had a fresh boot sock (we have two socks for under the air cast.  can't have the kid go to work smelly) and a bath last night and the right clothes clean and laid out.  I was so nervous for him.  BUT THEN I came home from teaching yoga early yesterday morning and he'd already gotten himself dressed, made coffee AND breakfast, and had fed the dogs.  I no longer have any use, and when I lamented that to him he assured me that he has zero plans to start doing any chores ever again, since "you've been fine on your own."

So, at least I have that.

Work was hard, just like he knew it would be.  There's of course the catching up that happens when you're away for awhile, but he'll be just fine on that front.  BUT, he had PT in the morning before work and then sat up all day for the first time.  It was tough.  I was sitting at the window (typing, not creepily staring) when he drove up, and he walked slowwwwwly inside and immediately to the couch, and the relief was just palpable.  Day one, check.  I had a salad ready for him to eat (don't ask, he wanted one), and in the five minutes it took me to bring it to him on the couch he'd fallen asleep.  He ate the salad and went BACK to sleep until actual dinner was ready.  Building bones is really hard work, and building bones while working in an office sitting upright with minimal medication is even harder.

But he's back, and we're able to sleep in the same bed together, and he made his own coffee.  I'm impressed every day with the new things he tries, although ask me in 3 months if he's still using the cane because it's cool.  I think he likes it.

Jay:  I'm so proud.  Your determination is inspiring.