FOUR MONTHS IS ONE THIRD OF ONE YEAR THANK YOU CAPTAIN OBVIOUS SEE I CAN DO MATH.

Ok so here's my thing on the time flies thing.  It does and it doesn't.  I remember when I was pregnant thinking one second that 40 weeks was so long and the next second that omg we will never get everything done how do people DO this?  I feel exactly the same way now.  Mostly time is going fast, but sometimes I want crazy crying phases to end already and can you please learn English so we can effing communicate?  How hard IS it?

97.5% of the time, Beck is perfectly lovely and we absolutely adore her.  The remaining few percent involve her being a holy terror, fully unreasonable, and your basic asshole.  Want to shower after holding her all day?  Nope.  Want to eat lunch at 2pm when you might starve because you've been feeding her FROM YOUR BODY all day?  Nope.  Babies are basically really cute terrorists, is what I'm trying to say. 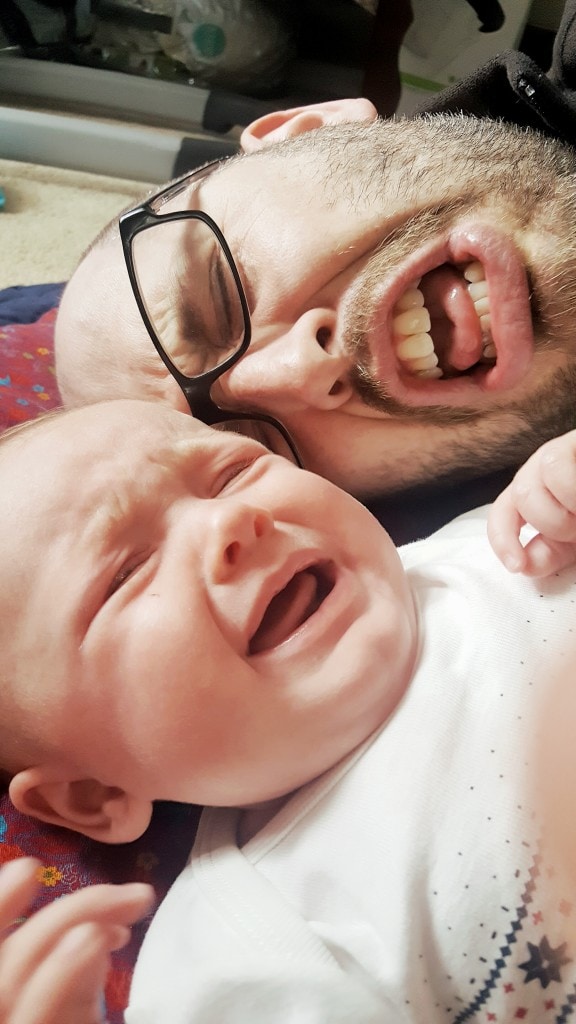 In growth and milestones, Beck has rolled from her front to her back, is super duper strong with her head/shoulders/neck, and no longer despises tummy time.  I was never very militant about tummy time when she was younger and hated it so much, but we did hold her facing away from us on our shoulders and stomach-to stomach a lot, so I think that ended up being good enough.  Homegirl has also started to grab things somewhat intentionally, which is funny to watch because it's only about 50% reliable, not necessarily a perfected art form.  A few times I SWEAR she was holding her paci in her mouth all on her own, but then I'll hold up a toy in front of her and she doesn't reach anywhere close to it, so who the heck knows.  This is Jerry the Giraffe, and he's her bestie. 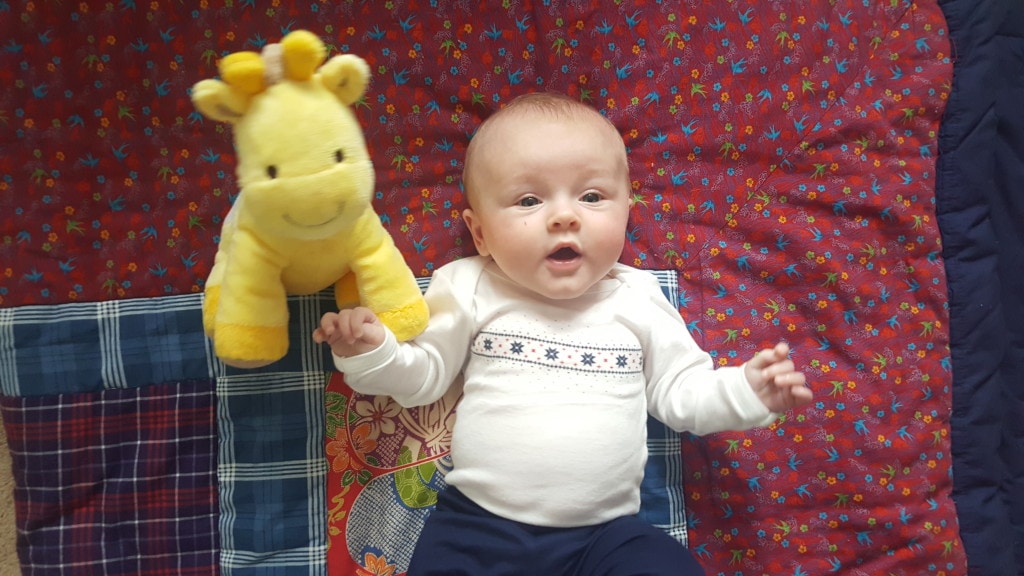 Our biggest struggles are sleep and keeping other people out of parenting, two things that I feel confident are totally normal for this time period with first parents.  The suggestions are endless, from relatives to helpful friends to books and the internet.  Mostly we can ignore it pretty well, but sometimes it gets overwhelming, you know?  Reminding myself that most people are well-meaning works most of the time, but then sometimes Jay and I just want to hibernate forever so that we can do our own thing and shut everyone else out very literally.  My favorite way to hear advice is when it is actually a story about a person's actual child (Amanda!  Thank you!).  That feels like something I can actually learn from, and feels much less accusatory than "isn't this the time when...?" or "xxxx will definitely fix yyy!"  Again, I know most people are trying to help, but usually we are really trying our best and sometimes babies just cry, right?  Let's go with it. 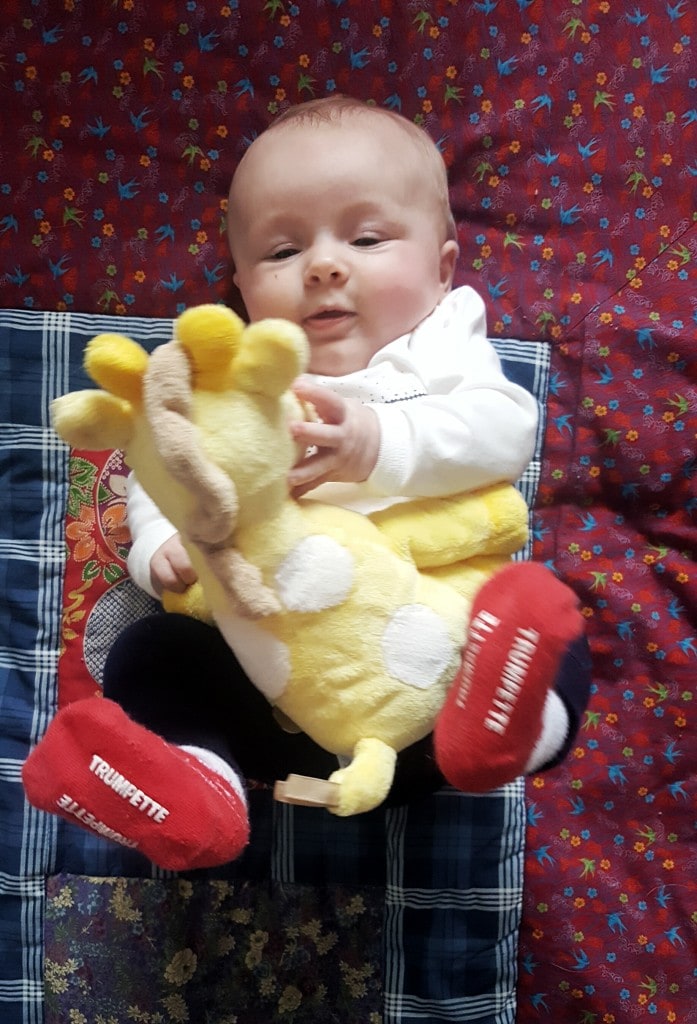 I think Beck is happily in her 4-month sleep regression; she's been fussing more in the middle of the night when she's totally not hungry.  Rice cereal and formula are non-options, for anyone playing along at home (nothing wrong with those two products, they just aren't what we're choosing to use), and I think teaching Beck to go back to sleep on her own will be our next super fun challenge.  I'm going to wait until I'm sure the regression is actually over to start any kind of training, if any becomes necessary, so for now we're just being insistent on dark + quiet nights, light + bright days, and not engaging with fussiness in the middle of the night.  Rock, paci, kisses, back in the bed, as many times as it takes.  Who knows, maybe it'll work eventually.

Naps are similarly challenging, I'd say more than nights, honestly.  Beck is a really irregular napper, and even though I can tell like clockwork when she's tired, helping her get to sleep in the daytime is a full-on struggle.  Wearing her to run errands and driving in the car are pretty sure bets to get her to nap, but I'd love for her to lie down in something IN THE HOUSE and sleep.  She's super unreasonable about it, too.  I tell her really clearly that if she sleeps she'll feel better, and she just ignores me.  It's madness, I tell you. 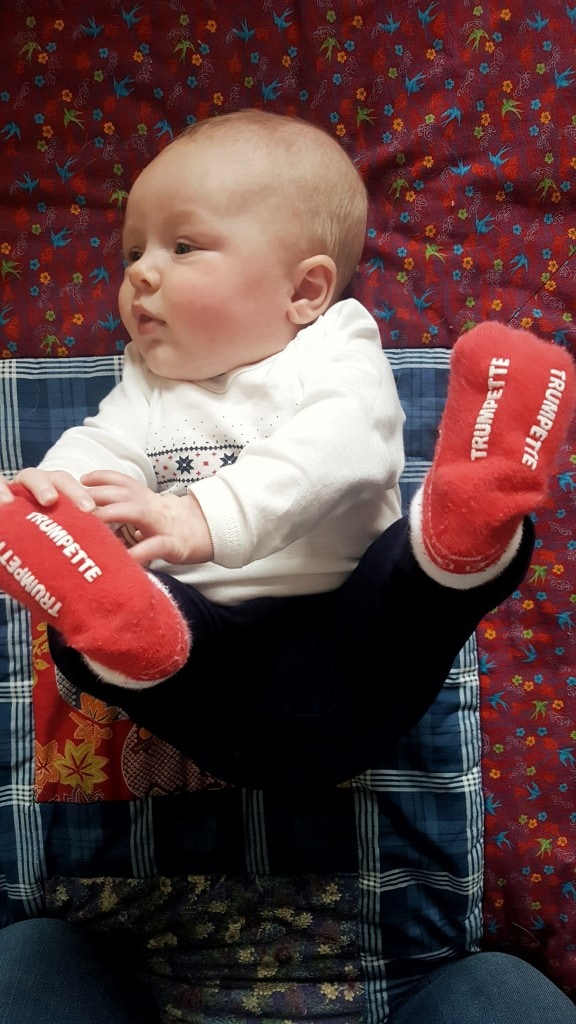 Beck goes to the doctor this Wednesday for her 4 month appointment, and I'm super duper excited to learn her stats.  She's comfortably in some 6-month clothes right now, which I'm hoping means she's fattening up as she should and we can keep celebrating her cheeks and thighs, which are truly wonders to behold.  4-6 months is when some people start to introduce solids, which I'm totally not ready for yet, but I'm going to ask about it because it'd be super fun to start letting Beck taste some of our favorite things in teeny increments.

Beck's current favs are lying under things with toys to stare up at, anything that rattles, and randomly smiling while we're doing other things to make us stop and squeal at her.  The first time she rolled over the other day I yelled so loudly that I scared her and she froze and wouldn't do anything else at all.  Luckily she got over it, and now we're waiting with baited breath for the back-to-front roll, which comes a little later as different muscles strengthen.  Drool is still flowing like honey and is just so gross, but I don't think true teething is happening yet.  When I stick stuff in Beck's mouth to gnaw on she's not terribly interested, BUT she chews on her fingers all the time.  Does teething mess up sleep training?  This is a real question that I don't know the answer to.  Basically I want to avoid sleep training and have her just magically start to sleep on her own.  Because I'm realistic. 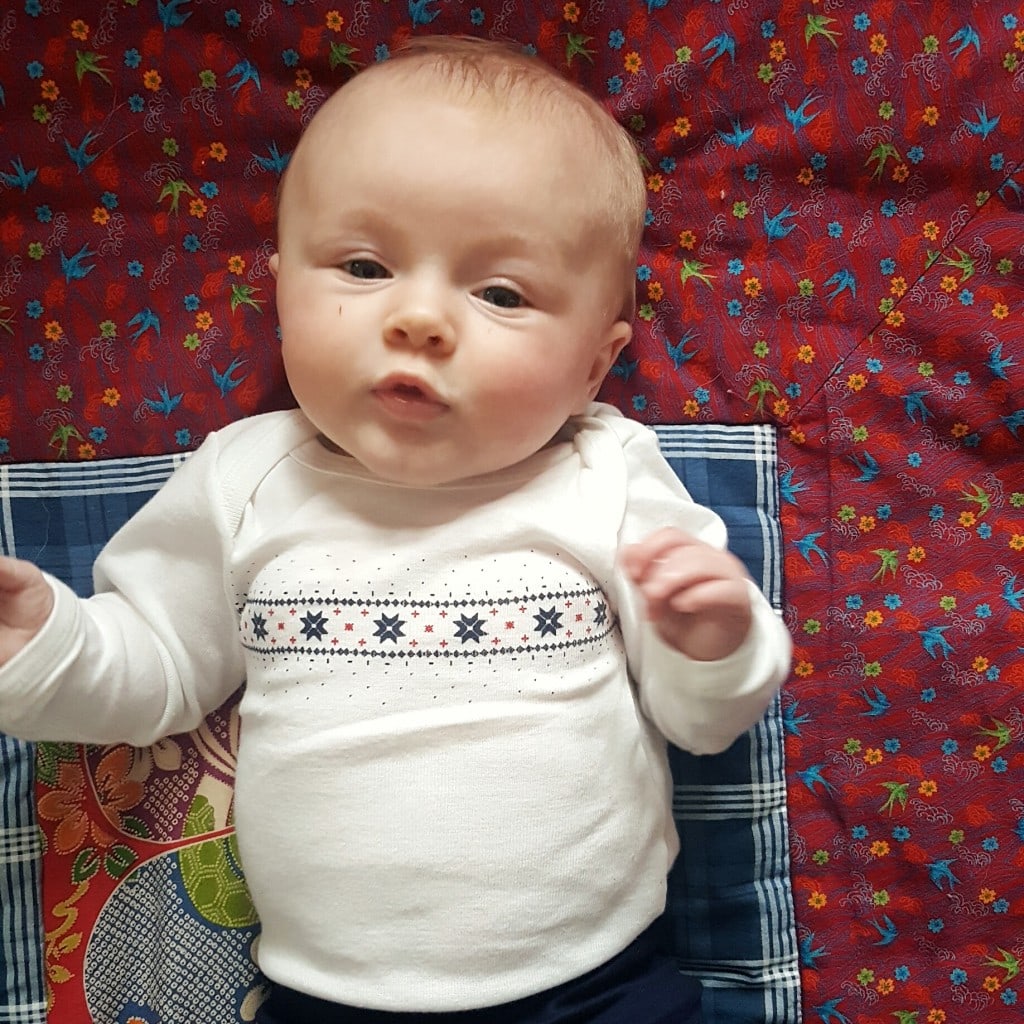 Jay and I of course are fully enamored with all of these changes, but I did hear him whisper to Beck the other day that if she could hurry and get big that'd be great, because he needs someone to roughhouse with.  I think that's a shared sentiment; we love these little baby times and are so excited with every new development, but we're also SO excited for Beck and all that lies ahead in her life.  And to sleep through the night when she gives us that gift.