"So, time for a little sister!" is the phrase most associated with a child turning two, I've learned. 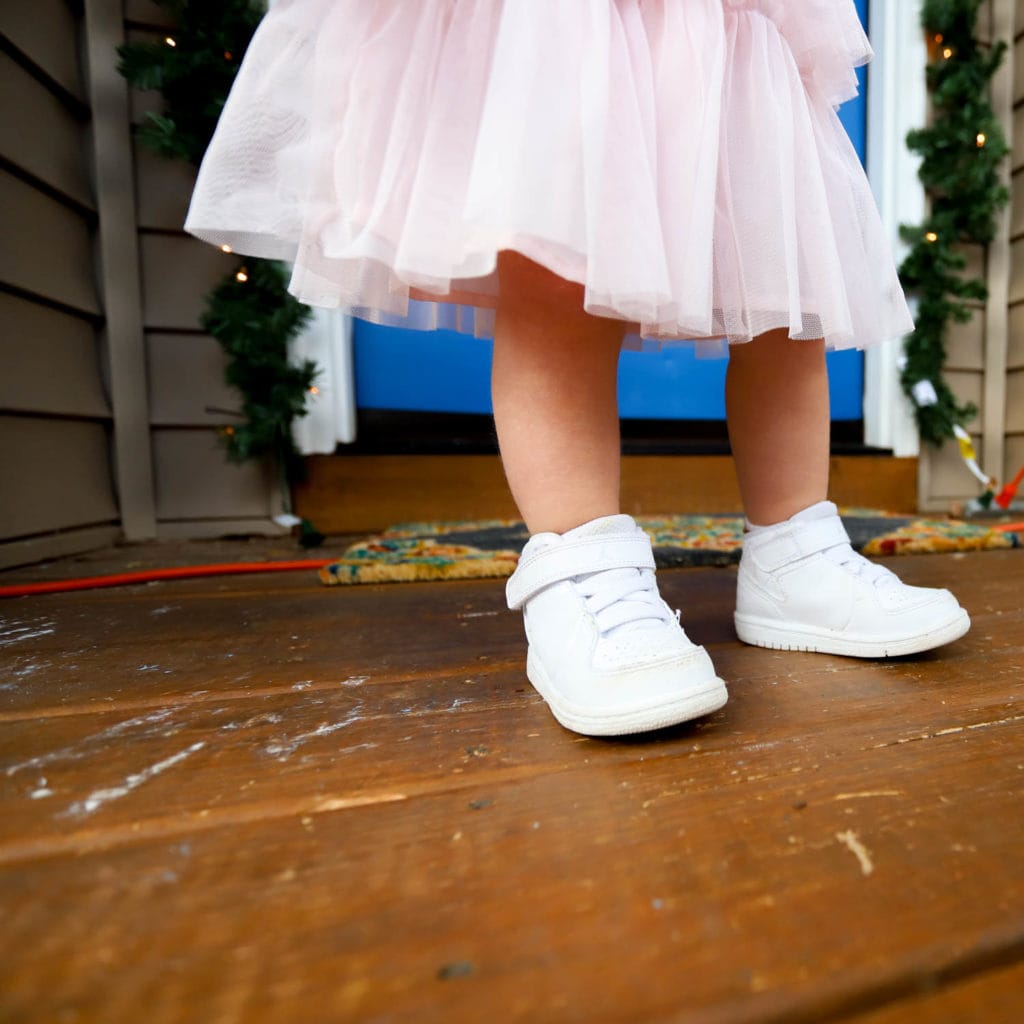 yep, those are baby Jordan's up there.

How, why, HOW is she two. I know, passage of time and 24 months and all of that, but it just doesn't seem like it's been long enough. It went way too fast, and seems way too early to be thinking about siblings for this child, even though I know that it's not necessarily.

Beck is my favorite human, and I'm learning more and more as she gets older and cooler exactly why parents are so permissive, so forgiving, and so accepting of human behavior that would NEVER fly with anyone but your own offspring. Cry for 5 hours on a plane while hitting me? I wouldn't like it if Jay did that to me, but with Beck I'm all "this isn't your fault, we are forcing you to make this trip." Chew up some food, take it out of your mouth, hand it to me and says "Mama will eat this!"? Sure, delicious, awesome.

Parental love is strong and weird, is my point.

As it has been for some time, I'd say that Beck's favorite thing is knowing things, and by proxy learning things. The knowing things is to be expected, toddlers spend so much time not knowing things that when things are familiar and they can answer questions correctly they feel calm and powerful and intelligent. Beck's version of this is reading the same books over and over - she'll read about half of a new book a few times a day, but once she starts to like something we read it over and over until she has it memorized, at which point she starts dictating entire books to us in the car, grocery store, or wherever the mood strikes.

With all of this learning and desire to just know already is a ton of frustration when new things don't come easily. Patience is not a virtue in two year olds, and this two year old is no different. We definitely have to push Beck to try new things and work at skills she isn't great at (...all of them), but it is so rewarding when she gets something right and retains it for the next time.

Verbally, this kid talks like a champ. I don't take it for granted for one second, it is SO useful being able to communicate with a kid even when they ignore what you say half of the time. She is so cute talking with big words ("baby is probably on the floor somewhere"), and hearing her forget things is even better, she looks all confused when words she knows don't come out sometimes. She prefers "peanut bubber" for breakfast, and we have a solemn pact to never correct that particular error; it is so damn cute.

What Beck owns in verbal prowess she lacks in feats of strength and ability to ever just be chill about anything, ever. She can't jump, can't throw very well, and running is hilarious and not functional at this point. She's not behind, necessarily, but if she ends up being the kid who wants to read tons of chapter books on vacation at age 8 but looks weird when she attempts sports, we can say she came by it honestly and early.

As for the no-chill temperament, GAH. Maybe her most frustrating attribute. Beck is in a phase right now where she needs to have our full attention and every single need met at all times without exception. I definitely know that this is part of the age, but she has some little friends who can play alone or with other kids for long stretches of time, will watch TV for a few minutes to let their poor parents pee, and generally allow the world to turn around them without always having to be the center of it. This makes me jealous, because Beck is the opposite. She will occasionally play by herself if I'm doing things around the house like cleaning the kitchen, but as soon as I attempt computer work or to take a phone call it's game over with insisting on MAMA WILL HOLD YOU and weeping until I comply. Which, again, I know isn't necessarily fair to expect her to entertain herself all the time, but 15 minutes twice a week probably wouldn't hinder all of this verbal explosion either, right?

Sleep-wise, this kid still naps for anywhere from an hour to three hours in the middle of the day and sleeps for 12 hours at night, which is magical and I hope it never ends. We are pretty firm on bedtimes during the week, but travel and weekends we take way easier and she still does well. The odd time that Beck stays up super late generally yields whininess and tantrums the day after, but we plan for it and move on - sometimes a late bedtime is worth it or necessary so be it. Bedtime has gotten a little involved with no fewer than ELEVEN friends and comfort items that must be present at all times for bedtime to occur. We also recite a paragraph from one of the Olivia books before bedtime each night - she started this so we went with it.

More and more eating preferences are coming out - not food preferences at all; Beck will eat half a can of beans one day and the next day the exact same beans may as well be actual poop. Colors of cups and plates are becoming more and more important, and we are REALLY trying to not give in to those demands. She does really well with it generally, but it yields a TON of information. "Blue cup is in the dishwasher because it is dirty. Can probably use it tomorrow." If I get around to it, kid.

Beck is also in the very early stages of showing embarrassment, disappointment, and sadness, and I think for sure this is the first age where I've felt some of the parental heartbreak that people warn you about. We lost Baby (in all of the two year pictures because God forbid we put her down) at the children's museum last weekend, and, while we found her, I felt so sad for Beck telling her several times each day that 1. the museum was closed and 2. we will look but may not find Baby. The heartbreaking piece was that there was no whining, screaming, or tantruming. Beck accepted it for over 48 hours and when we DID go to the museum when it re-opened they still didn't have Baby, so we left and she said "we tried but she wasn't there," and I almost just died right there. Long story short, Baby was recovered and is now at home and we'll probably all get hepatitis (oh wait, no we won't, vaccines), but seeing Beck be big enough to sliiiiightly understand loss and knowing what that will entail for her future is so, so sad, even if loss is a fact of life.

So with that depressing moment, I leave you with this: Yesterday I was convinced that Beck was saying GODDAMN over and over again and was being pretty harsh with her to not say that (and thinking what I would harshly say to the parent who says that a lot), but really she was saying got stamp because she got a stamp on her hand at the museum.