Home » Equality for All » A Response, Of Course

First thing this morning, one of my sisters texted me "welp." 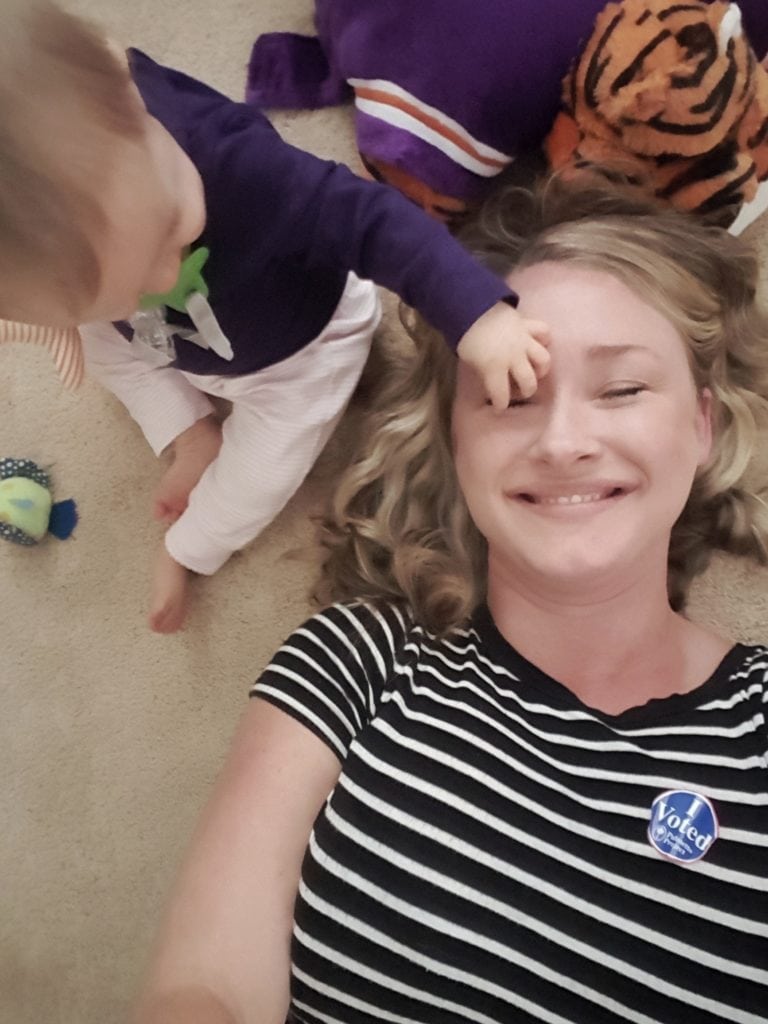 That's exactly how I feel.

On the one hand, we knew it was a close race, and someone had to win.  I've been very careful to think in my brain about how supporters of the president elect must feel, and that if Hillary had won the roles would simply be reversed.  Not for better or for worse, they just would be.

It has occurred to me that a lot of this is about winning.  About being right.  We love that so much, don't we?  And, as much as I think I'm correct on this, that of 2 candidates presented to us the incorrect one was chosen, I'm clearly not in the majority.

Mostly, I feel disappointed.  I am very pro-equality in all the ways it presents (or doesn't) itself, and only having male presidents is far from equal.  And, because of that, inequalities trickle down our entire society, right down to me currently feeling guilty for not having ironed Jay's shirts in a timely fashion.  This is no dig at Jay, by the way, we have our household duties sorted just fine, but I can all but guarantee that in the 5 years we have been together he has not felt guilty for not doing any of my laundry.  That's the thing with a trickle.  Sometimes it's barely noticeable until there are puddles all over the floor and you have no clue where they came from.

I'm not terribly concerned about what will happen once Donald Trump takes office.  Honestly, I can't be concerned because he didn't present any concrete policy.  There will be no wall, I don't think all the Muslims will get deported, and I don't think Hillary will go to jail.  So....what then?  We wait and see, I guess.  Maybe there will be riots, but I doubt it.  A recount seems unlikely, too.

The disappointment I feel is more towards fellow Americans who voted for Trump knowing full well that he disrespects women, minorities, and is largely uneducated in HOW THE WORLD WORKS FOR PEOPLE WHO AREN'T RICH WHITE GUYS.  The last 2 years of this campaign have opened doors of acceptance for these people.  White supremacists.  Bigots.  Racists.  We will spend the holidays with these people.  They will hold and kiss my child.  They will internally gloat while I internally want to yell that GAY PEOPLE ARE JUST LIKE US or whatever else I'm pissed off about that day.

Unlike any other campaign, this became about human rights vs. anti-rights.  There was precious little talk of policy, whether tax cuts or hikes would be good or bad for us, what we should do about the military, what the future of education looks like.  The phrases were thrown around, of course, as all good policy buzz words are, but there wasn't a lot of discussion on substance.  Instead, there were lies (and some truths I'm sure) about emails, lies about walls, lies about donations and work history and general hurling of insults.  And it became somehow about how a highly qualified liberal woman might infringe on the rights of some very insecure straight white men.

The women who voted for Donald Trump irk me the most.  The "locker room banter" is gross but fine, maybe you can argue that it's just chatter.  Electing someone who may not fight for our reproductive rights, our employment rights, our healthcare rights....that part is saddening.

Disappointment is a hard pill to swallow, and it feels like a death in a sense.  Yesterday was so hopeful, so alive, and today is filled with sadness and letdown and uncertainty.  Some feel fear, I mostly feel nothing.  I believe we will have many women as our leader in the future, and I believe that there are many men in this world who want equality for us (women, minorities, LGBTQ, pick your marginalized group) just as much as we do.  I wish more of those people had voted.  I wish people who voted for Trump had thought carefully of what they were voting against, and about the fact that they weren't voting for anything.

But they didn't, and it is what it is.  Life goes on, it's not the apocalypse, and we have today to mourn, tomorrow to get back to normal, and 4 years of the kindness and openness that still exists no matter who sits behind the fancy desk.