It's a great day for soup!  It's been kind of weird and cloudy and off and on stormy here, and so even though it's summer it's also FREEZING everywhere I go so....soup?  Hurray for wasting money due to modern technology? 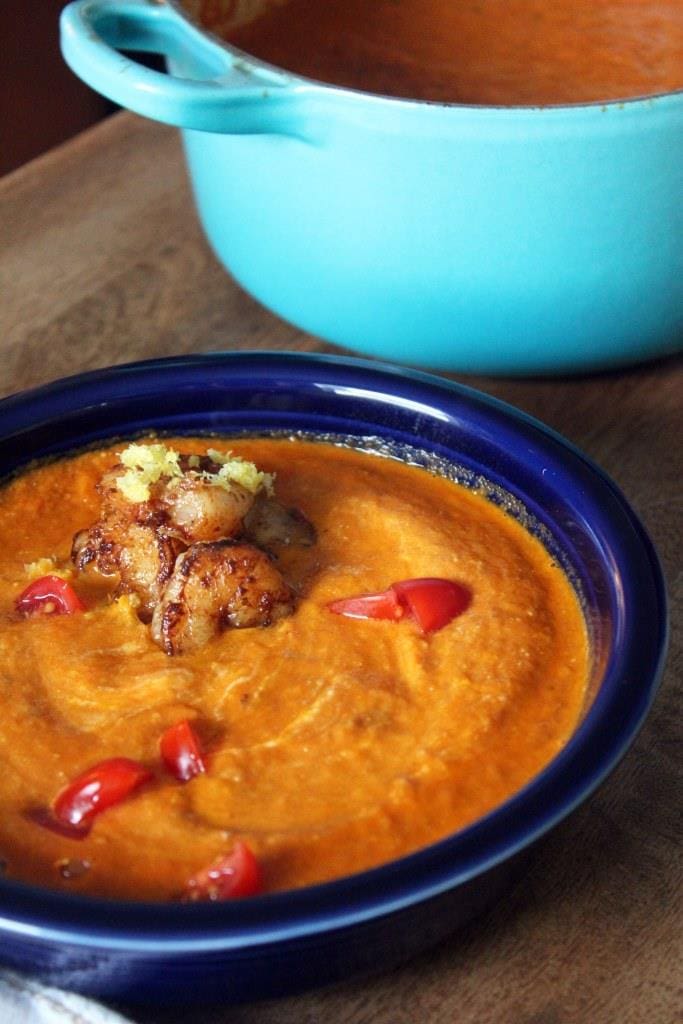 Hence, this soup!  The flavors are epic, the ingredients are simple, and we add almonds to the soup before we puree it to make it creamy without any dairy which is just GREAT.  Smoked paprika really makes the flavor of the soup, and if you don't own any I'd basically just suggest buying some.  BUT if you don't really want to spend money then just ignore me and use regular paprika or nothing.  I'll never know! 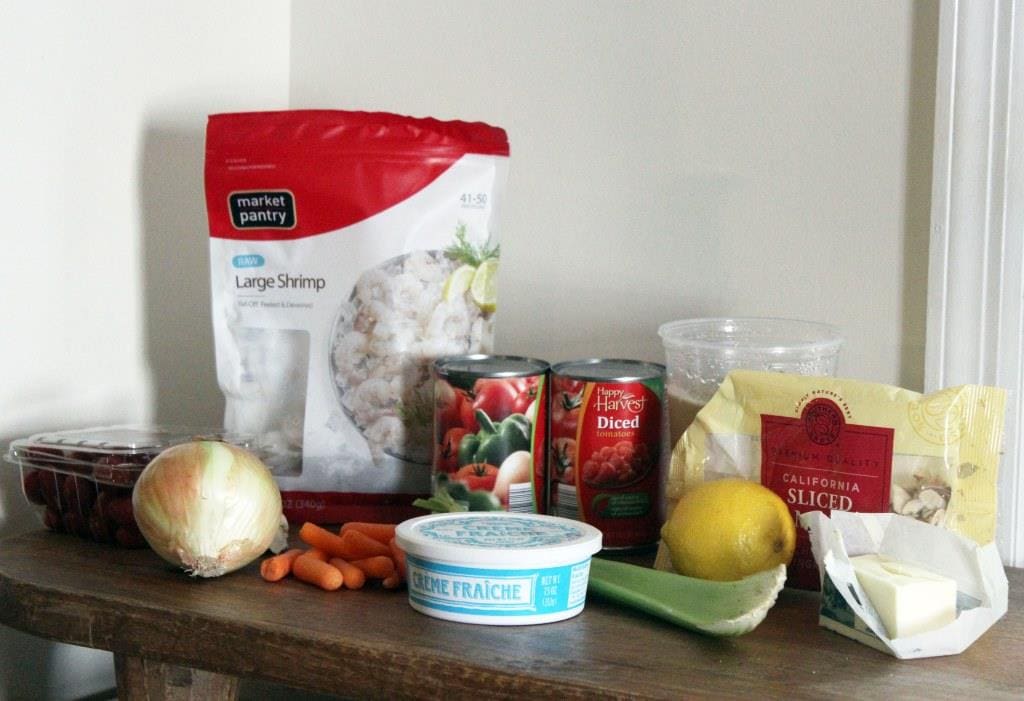 Ooh and the pimenton!  Don't forget that.  Mine is from TJ Maxx. 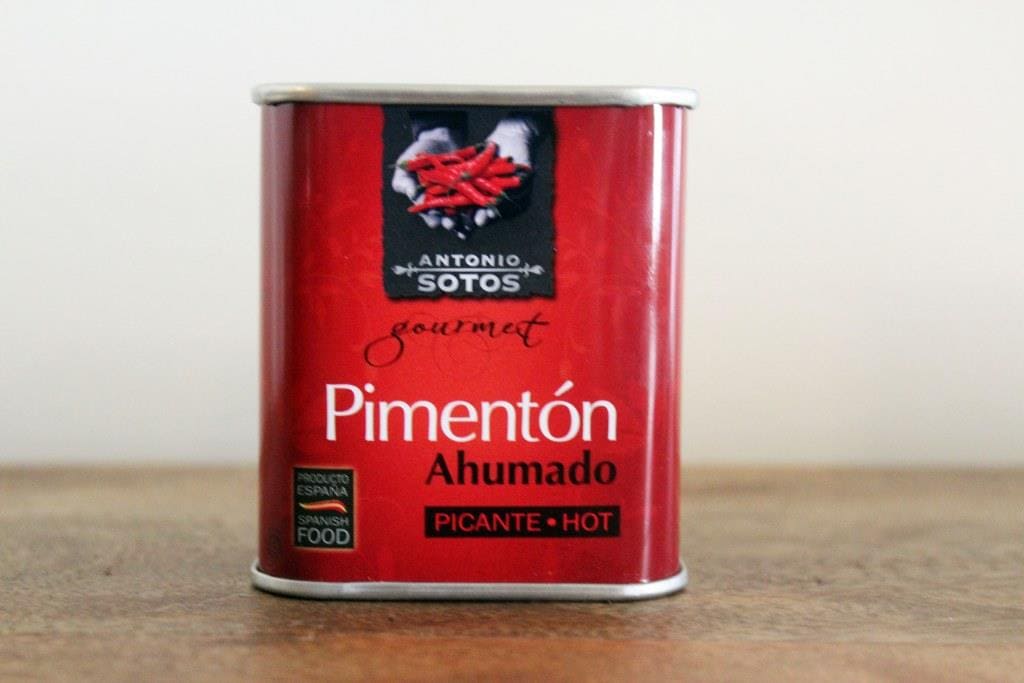 First, let's prep the veggies.  Roughly chop the onion, carrot, celery, and garlic.  We're going to puree the soup later, so we don't need to be too fussy with our chopping. 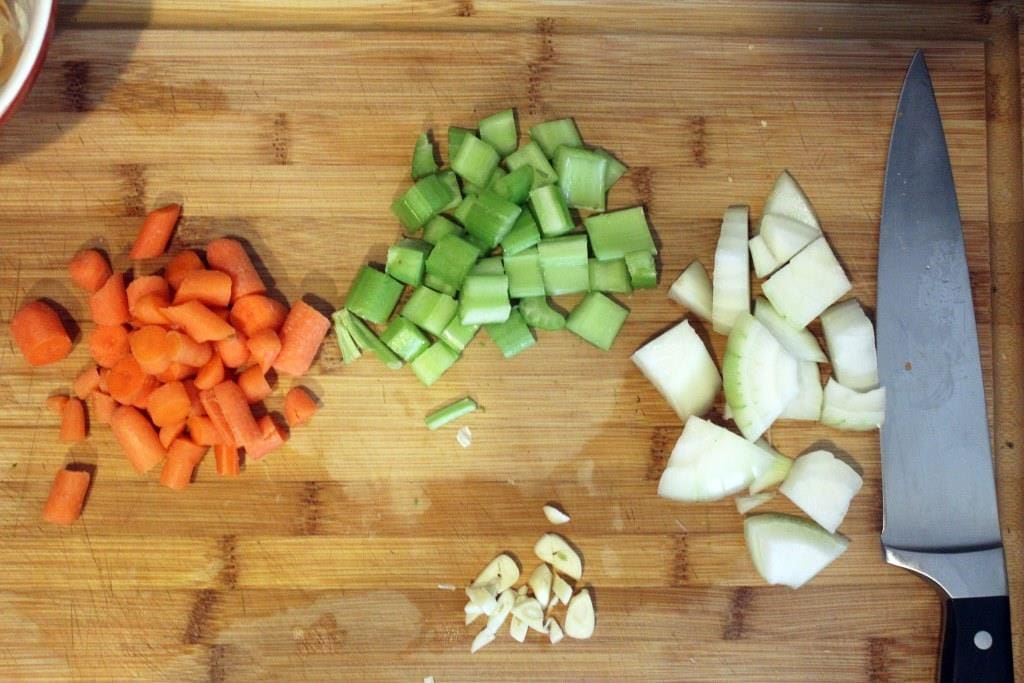 Now, add the veggies to a small pot with a drizzle of oil.  Then, add a sprinkle of salt and the smoked paprika. 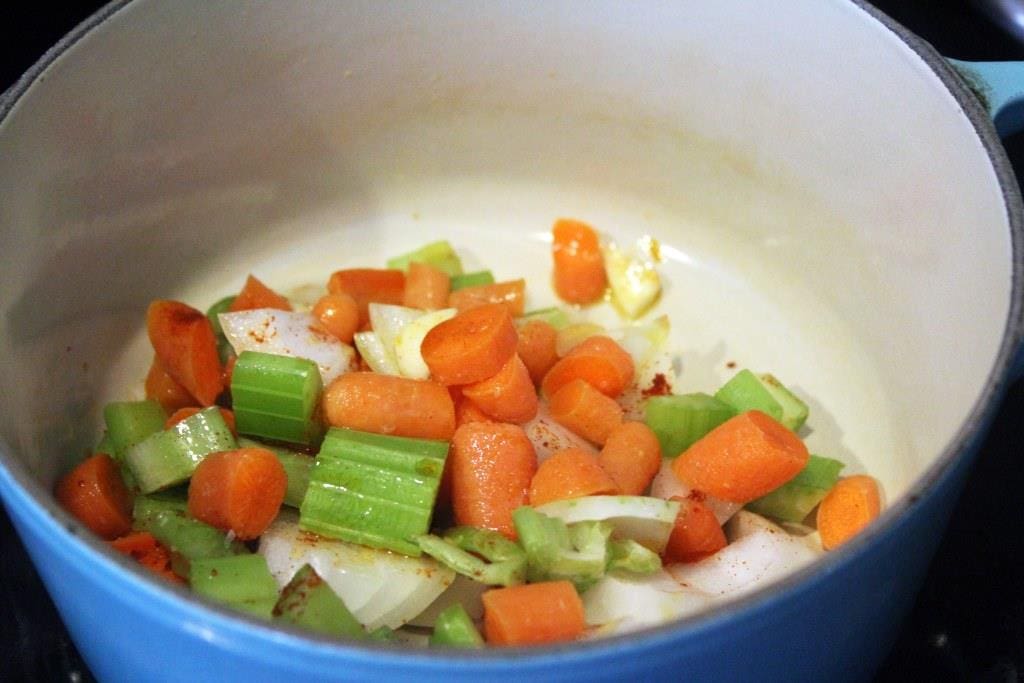 Let the veggies cook for 5 minutes or so until they start to soften. 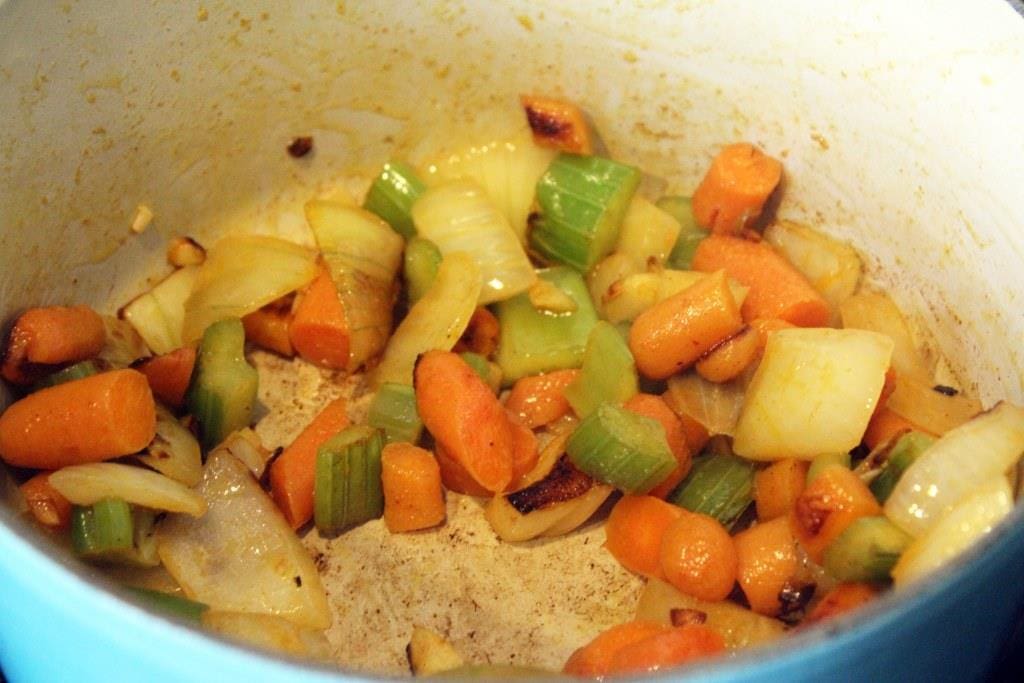 Then, add the tomatoes and the chicken stock. 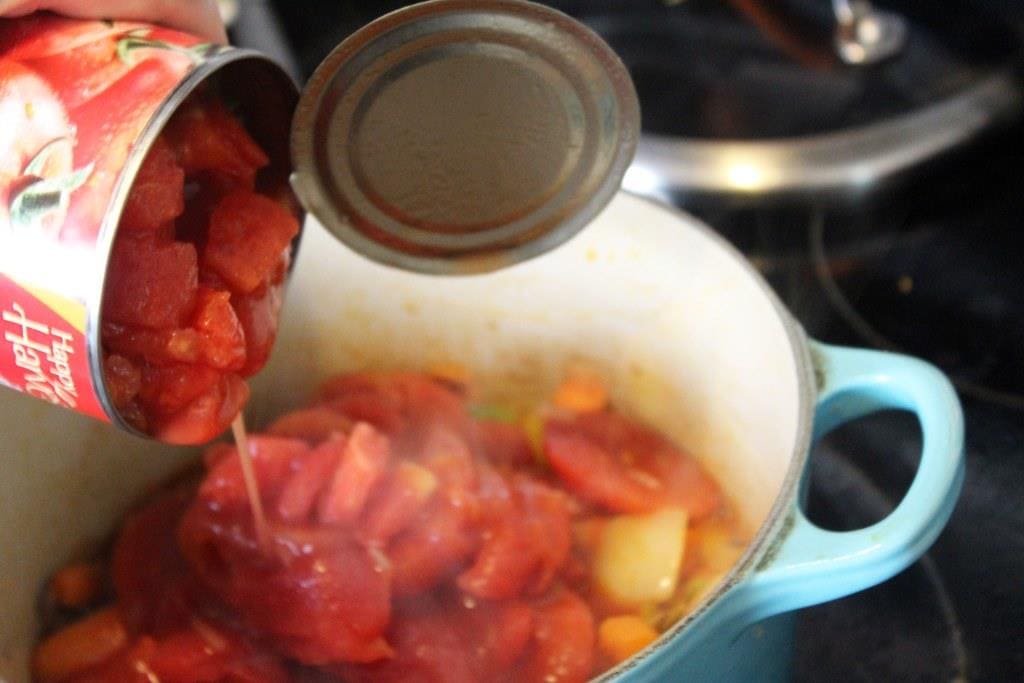 Toss in the almonds... 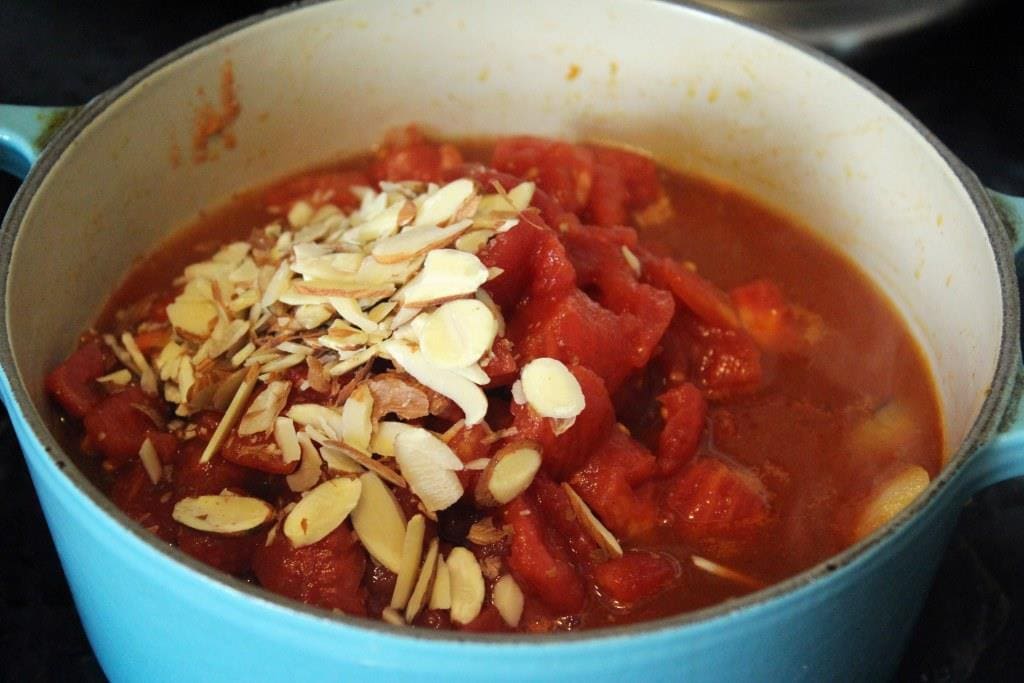 ...and bring the soup to a boil.  Reduce the heat a bit, and let the soup simmer for about 15 minutes until the veggies are totally soft.  If the pot has a lid, cover the soup.  If not, you may need to add a bit more chicken stock as the soup reduces. 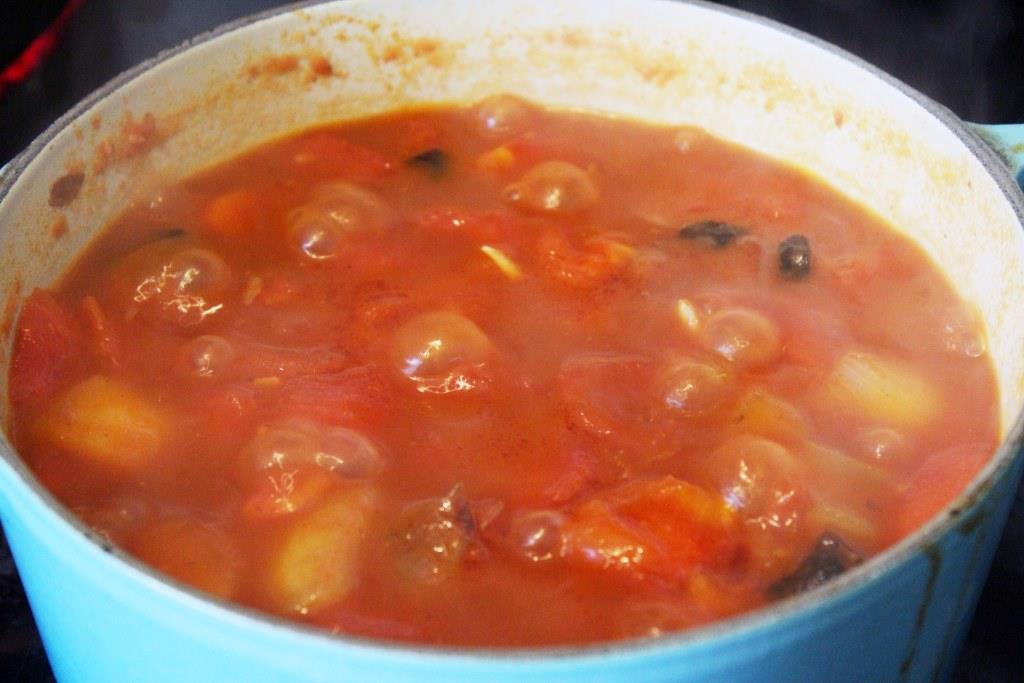 While the soup is simmering, let's get to work on the shrimp!  Zest the lemon first. 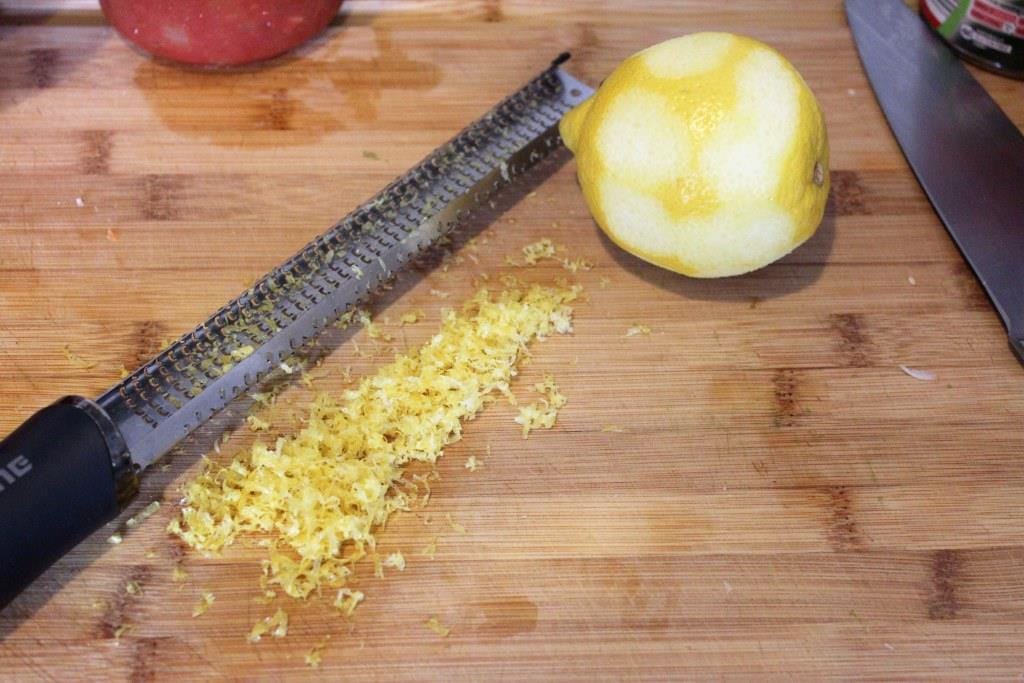 Then, preheat a medium skillet to medium-high with the butter. 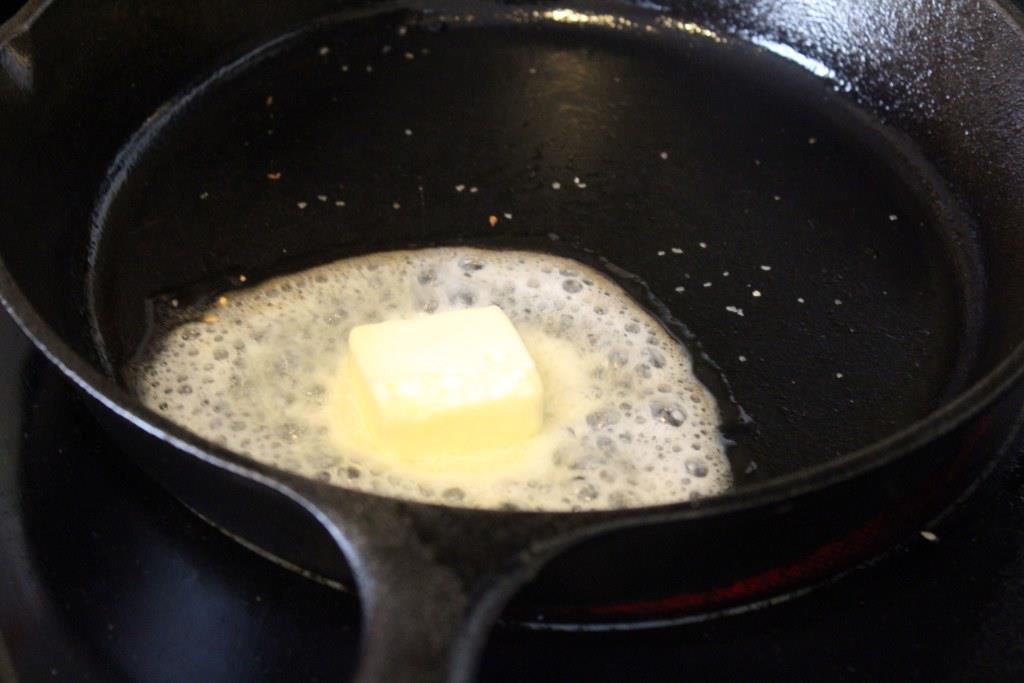 When the butter foams and browns just a bit, add the shrimp!  We cook the shrimp super fast so that they don't overcook.  Let them cook for maybe 60 seconds on the first side... 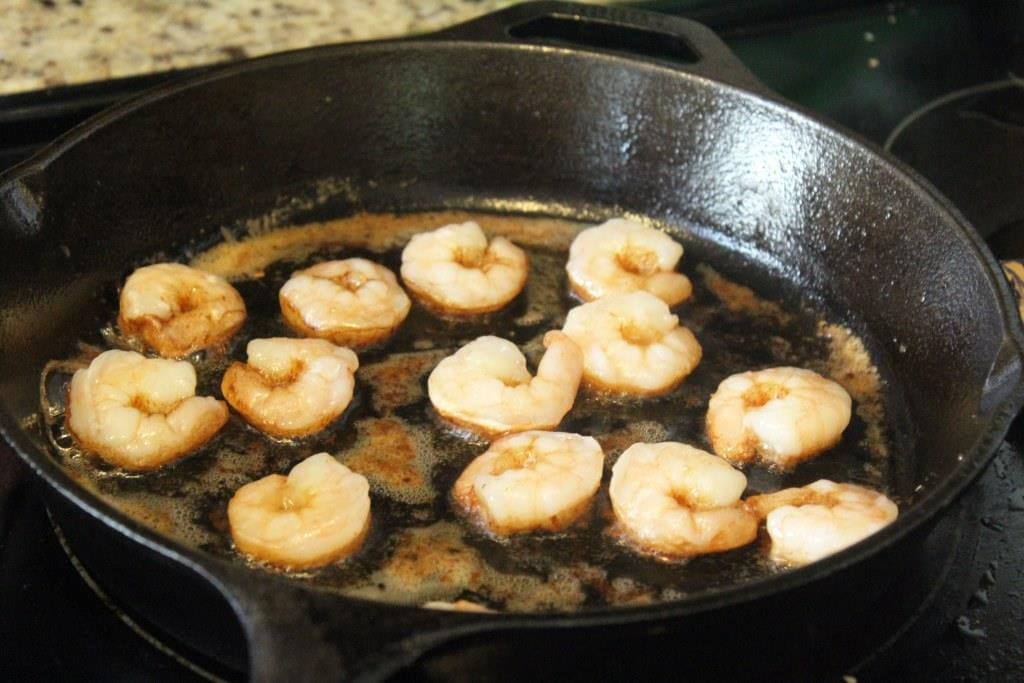 ....then flip them over and sprinkle them with salt, lemon zest, and lemon juice.  Then, turn the heat off the pan and set aside the shrimp until we're ready to serve. 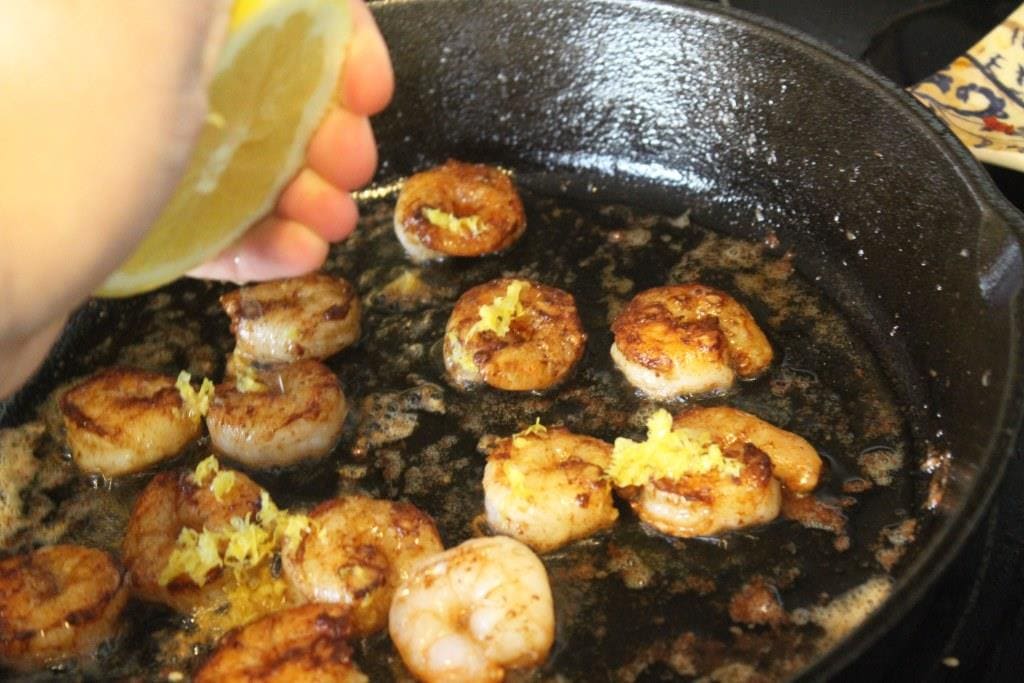 Now, back to the soup.  When the veggies are super duper soft, puree the soup using a food processor, blender, or immersion blender.  Creamy!  Taste the soup and add more salt if you'd like. 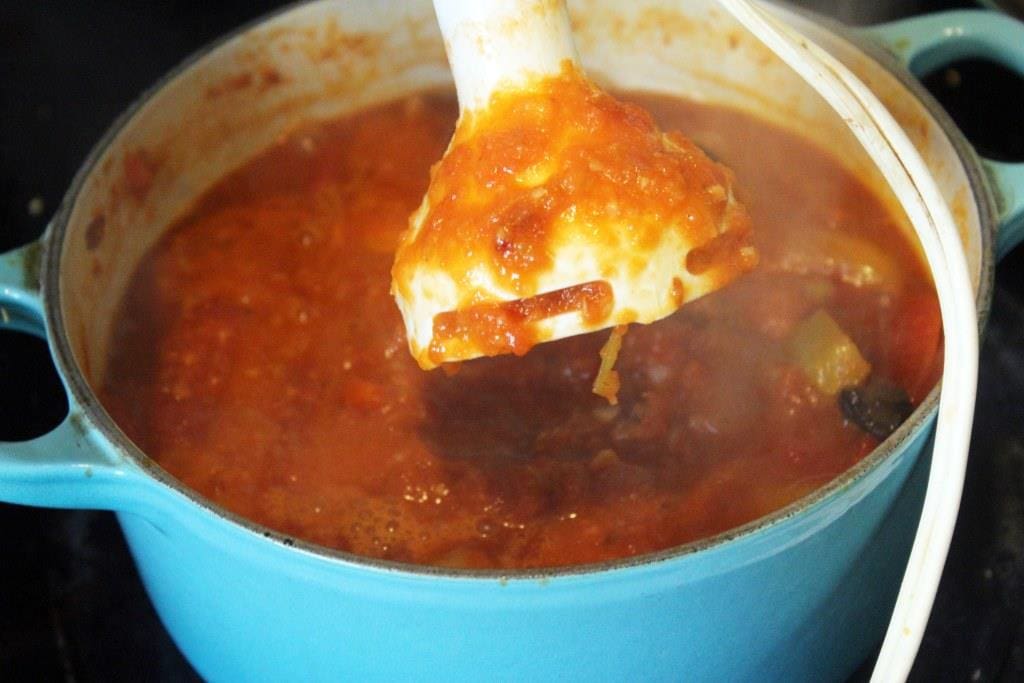 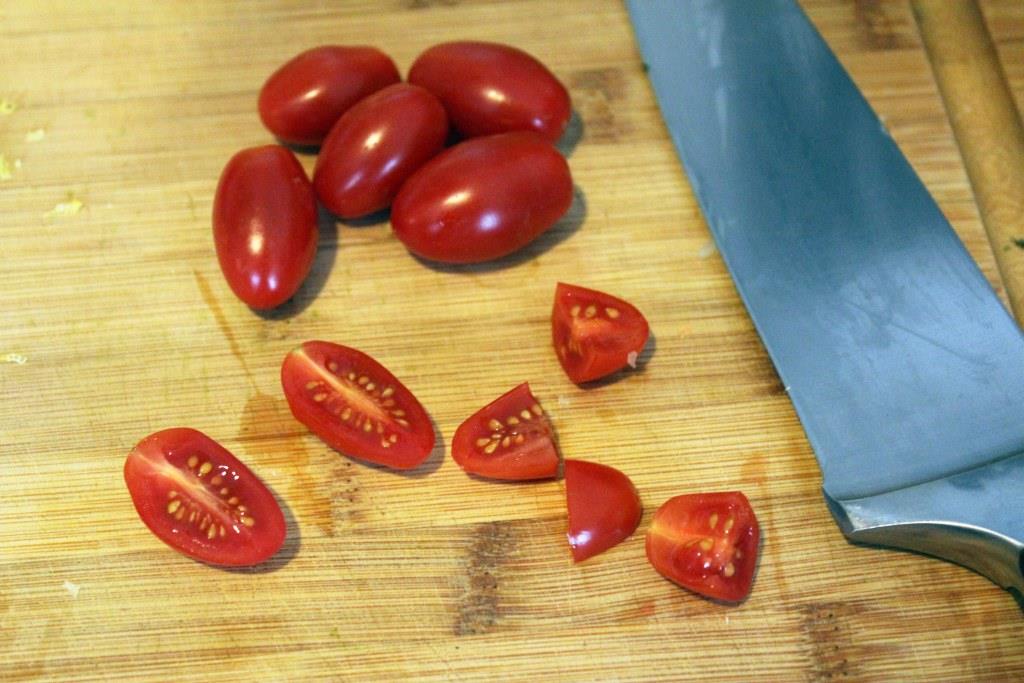 Now, we're ready to serve!  Scoop out bowls of the soup, then put a dollop of creme fraiche right on top.  It'll melt and swirl in and be all pretty.  Top THAT with some of the shrimp, tomatoes, and extra lemon zest, and we're ready to eat! 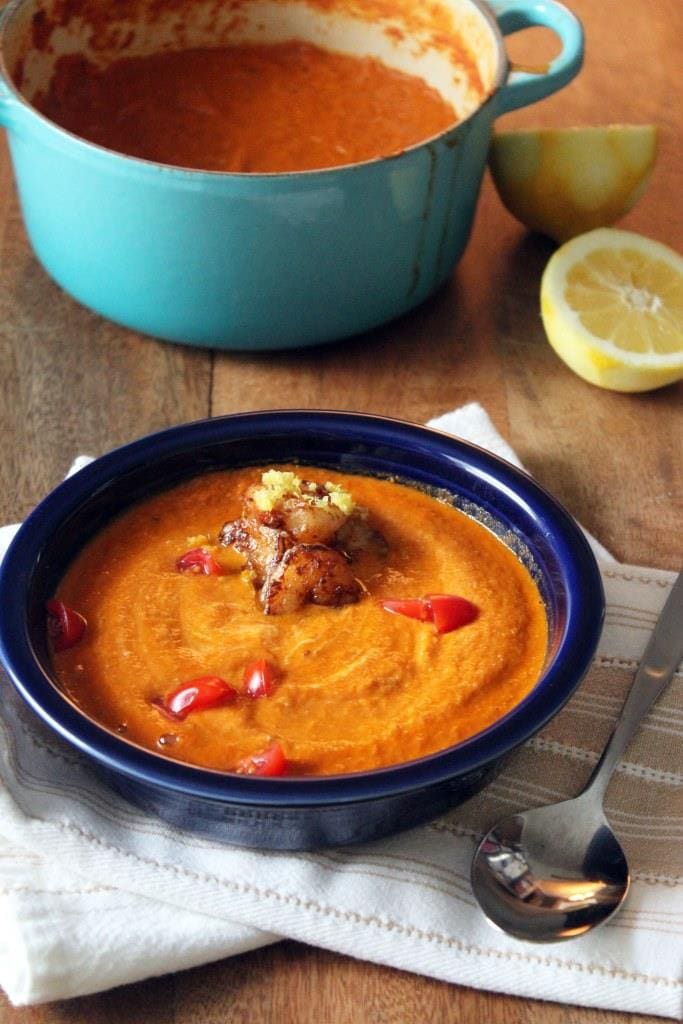 This is the most yummy EVER, guys.  The almonds make the soup creamy even before we add the creme fraiche, which is just icing on the creamy cake. 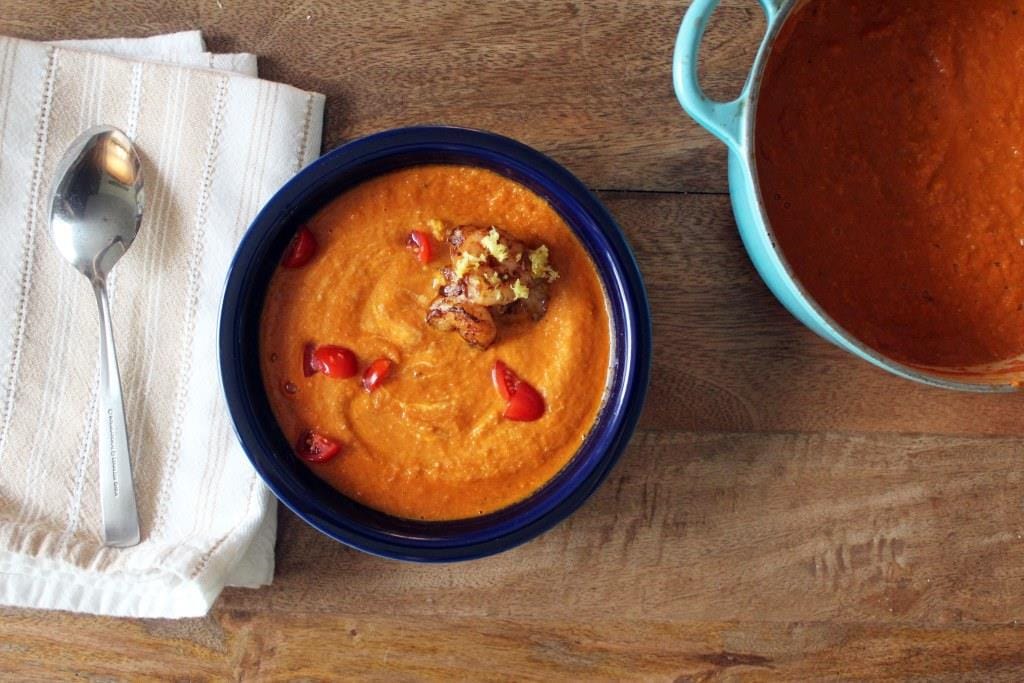 And the shrimp.  Kind of crispy from the brown butter and tangy from the lemon.  Seriously. 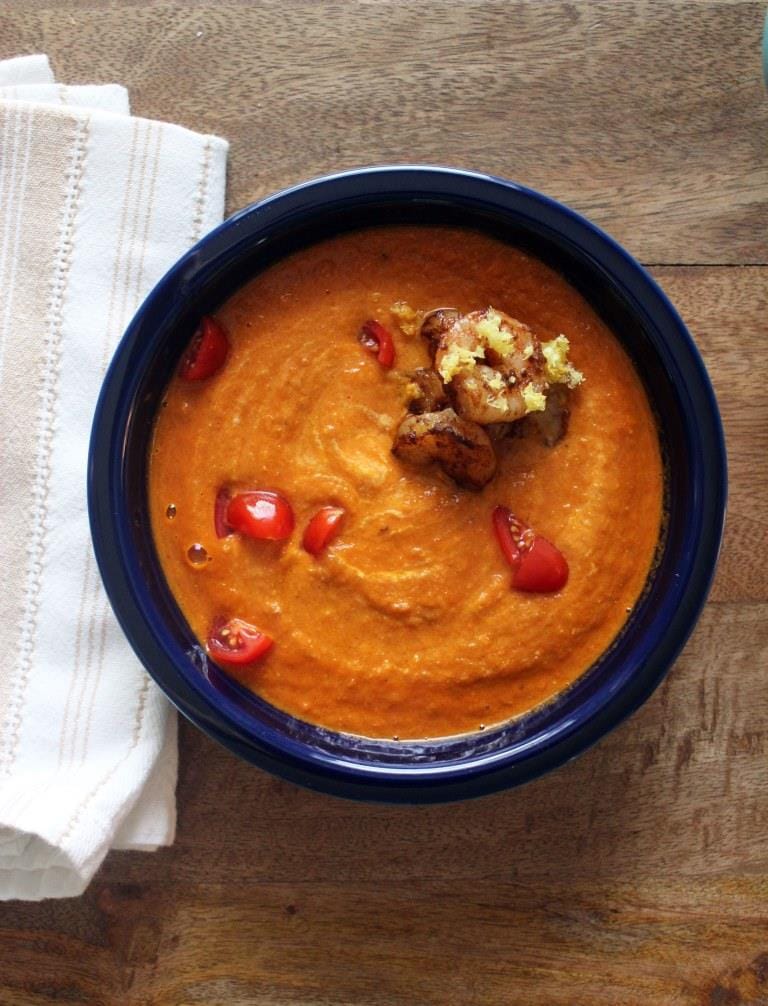