From Lindsay:  I asked Jay to write about our year together, and he gave me 8 solid months of memories.  No word on what happened last January-March.

A year is defined as 365 days, but this year was defined by marriage. My Marriage. The best day of the year by far was August 10th. Or was it the 11th? If you read this blog regularly, then you’ve already seen the pictures and know how beautiful my wife was on that day. She really made it easy to say yes! A marriage it a life-changing event, and I’m a better man for it. Lindsay is a wonderful partner to travel through this life with, and I’m excited to see where we end up. I’m sure it’s going to be a helluva ride. 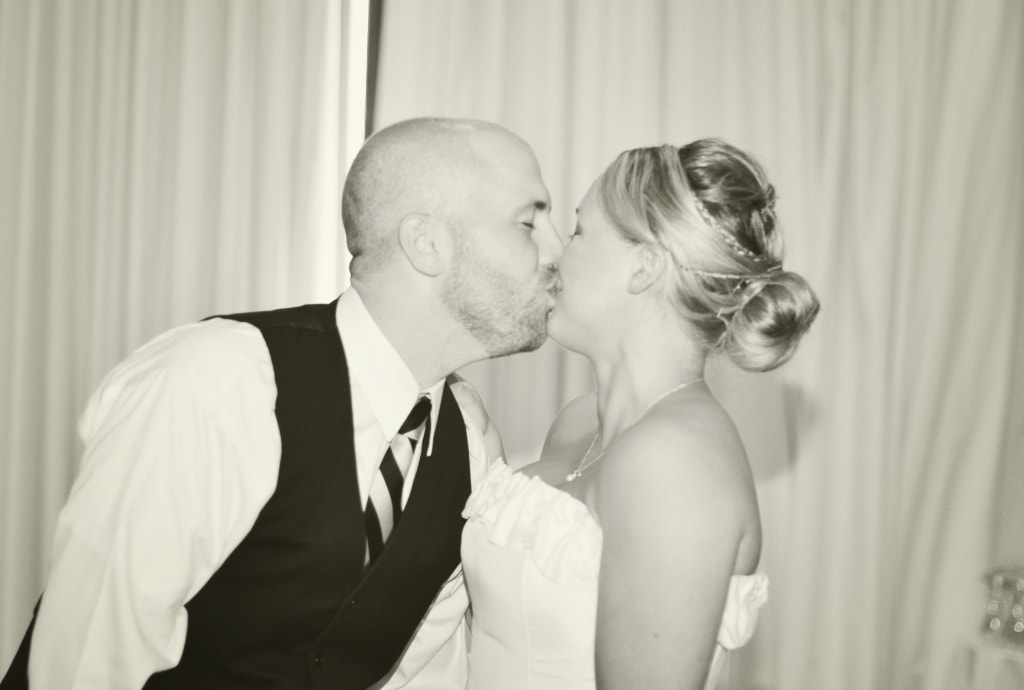 2013 started off like most years have since my 21st birthday…in a bar surrounded by assholes dancing to loud bass music. My year quickly improved. I’ll see if I can hit the highlights for you. Be prepared for some very risqué, scandalous, and illegal stories for my personal Top Moments for the Year 2013 In Review.

- Guy’s Weekend Camping Trip – I don’t know why I love hiking into the woods (or 100 yards from my car) with a group of friends to cook food over a fire, talk gigantic piles of BS, and sleep on the dirt but I do. I prepared stuffed onions packed with hamburger meat, garlic and peppers that I wrapped in tin foil and cooked in the hot embers. They were pretty good, especially when you get some black ash to accompany it. As with most successful camping stories, this one ends with me not having to poo the entire weekend!

- NYC Trip – Every April Lindsay and I roll to NYC for the finals of her collegiate singing competition (ICCA). The highlight from this year was bumping into Bill Murray on the street. My friend Cooper and I were walking behind our special lady friends on the way to the show. We cut a corner and walk under the awning of a building, and that’s when Mr. Bill Fing Murray bumps into Cooper and me. By the time Cooper and I had enough time to confirm that we were just part of a Bill Murray sighting, he was gone. I tell people he was lovely.

- My sister Elizabeth’s Wedding – Hands down one of the most embarrassing moments of my life occurred at my sister’s wedding. After the rehearsal dinner, Elizabeth and my brother-in-law Joe gave lovely speeches and presented a slide show of old photos that showcased the families throughout the years and childhood moments. After the slideshow finished, it was time for family members to give their speeches. I’m not a stoic, cold man and I’m known to shed a tear every once and a while. However, after I imbibe pints of vodka and smoke a little grass, I apparently get VERY emotional. I started sobbing while trying to give a speech. I wasn’t choked up, or weeping while speaking. I was in a full on, just got some really bad news type of hysterical sobbing. It was so pathetic that people started laughing at me while I was trying to give my speech thinking that it was a joke. In the middle of my speech, I said, “I don’t know why y’all are laughing at me, because this isn’t funny.” That only flamed the fires. I wish there was video of that nightmare.

- Sullivan’s Island Beach Trip – Thanks to our dear friends Wes and Sangeeta, along with their whole family, I was able to take Lindsay to the beach house where I spent a lot of summer’s in my youth and in college. It’s an old beach house that isn’t very special, but it holds a lot of memories. The memory of this year is horrific sunburn. When it’s Beer:30 all day long and the wind is blowing, and I’m kicking some ass in Bocce Ball I will completely forget about the fact that I am not wearing a shirt. It was the type of sunburn that makes you stick to the sheets. It was the kind of sunburn where you can feel your pulse in your skin. It was bad. I had to stay inside the entire weekend, with the exception of going out to eat. I looked like I worked at Chernobyl.

- Jay & Lindsay Head to the Hitchin’ Post – We’ve exhausted this topic, but let me brag about my wife one more time. I married a hot, blonde, yoga instructor that loves to cook amazing food. Yeah, I pretty much won the Wife Lottery. Now if I could only get her to give me daily back massages.  ~no.

- Rory & Jordan’s Wedding – I got to be apart of one of my best friend’s wedding, and got to sleep in a REAL Teepee. It was a pretty kick ass weekend from what I can remember. It was so great to see all of my old DC comedy buddies. It was like a camp reunion, or when old war buddies get together. Some of the crazy things we did and lived through are simply amazing and make for fantastic stories.

- Guy’s Beach Weekend – It’s getting sad. I’m 33 and married and I have literally no business being in a crowded beach bar with college kids dancing to rap music. It’s not my scene. If you’re a nice guy and love being married to a yoga instructor, you just sit in the corner slowly sipping a Coors Light and awkwardly staring at youthful energy and the ability to ignore loud music in order to get laid. In other words, Me = The Creepy Guy. But I’ll tolerate hitting the bars one night if it means playing golf with my buddies, watching the Clemson Tigers play while eating crabs, and continuing to dominate in Bocce Ball. I’m amazing at the game and could have gone pro if I’d been born Italian.

- Rory Visits, Widespread Panic Concert, Mike Doughty Concert, & My 33rd Birthday – It was a very busy month and my calendar, along with my checkbook indicated that this was a very fun and expensive month. My birthday was the highlight of the month. Lindsay planned the perfect surprise party. I came home from work to find a house full of women eating appetizers and sipping wine. It’s always a welcomed surprise to be greeted by a group of attractive women sipping wine, and I would have been happy celebrating my birthday as “one of the girls”. Lindsay insisted that it was an impromptu Girl’s Night and that we would be leaving shortly to go to Wour favorite restaurant for my birthday dinner. Lindsay said, “Hurry and go change shirts so we don’t miss our reservation.” I walked back to our bedroom and opened the door to find 13 of our friends screaming, “SURPRISE!” I nearly soiled myself. The highlights of the evening included awesome Asian food, a Conga dance line, and me performing a spot on rendition of Tupac’s “Changes”.

- New Year’s Eve Wedding – I’d never been to a NYE wedding before last night. I’ve been to weddings and I’ve been to NYE parties. I traditionally have too much to drink at both events, but hallelujah this NYE party will have an open bar!  ~note:  jay fell asleep in a chair in the lobby approximately one hour before it was time to leave.