Am I the only one who loved that Christina Aguilera song?

Anyway, now that you're done laughing at my taste in music, I'd like to share with you the beauty that is the simplicity of the minced shrimp topping that you saw earlier on the risotto.

That was a terrible sentence.

Also, THERE ARE NO MEASUREMENTS.

Nice, huh?  I used some Italian seasoning that was purchased, NO JOKE, by the ex wife of a guy that I used to date.

Before dirt was invented. By the dinosaurs.

What I'm saying is, I don't adhere to that thing where people throw out their spices after 6 months.

Same goes for eyeliner, but that's a story for another time.

What I'm also saying is, any seasoning blend that you enjoy will work just fine because the real star of this show is the lemon zest.

So.  You get your shrimp, and thaw it and peel it and pat it with paper towels.  All that good stuff.

Then, zest the lemon straight onto the shrimp.  I think that the zest of 2 lemons for 1 pound of shrimp is a nice amount, but use as much or as little as you like or have, depending on your preference. 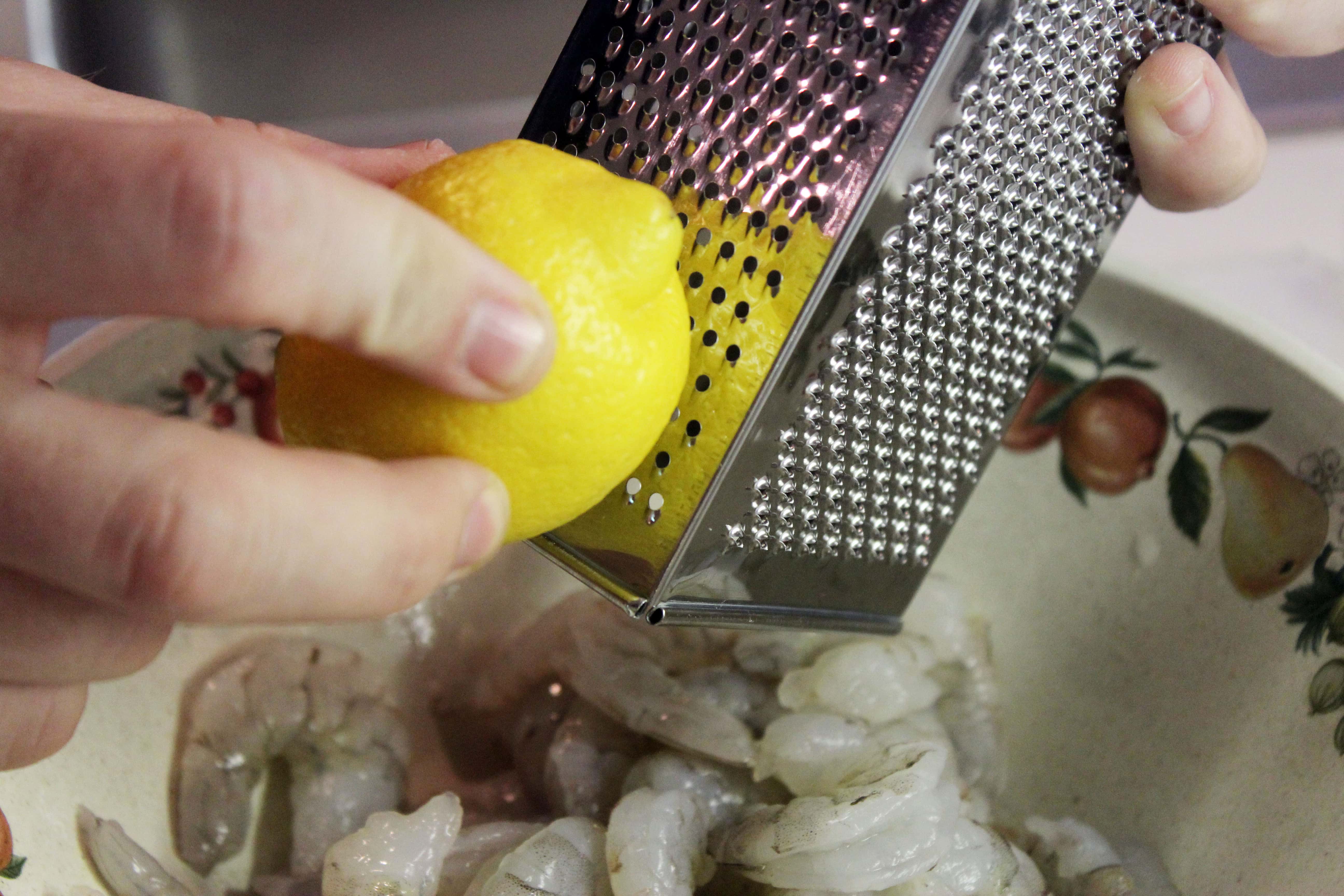 Save the zested lemons for later!  Now, sprinkle the shrimp evenly with the seasoning of your choice and a little bit of salt. 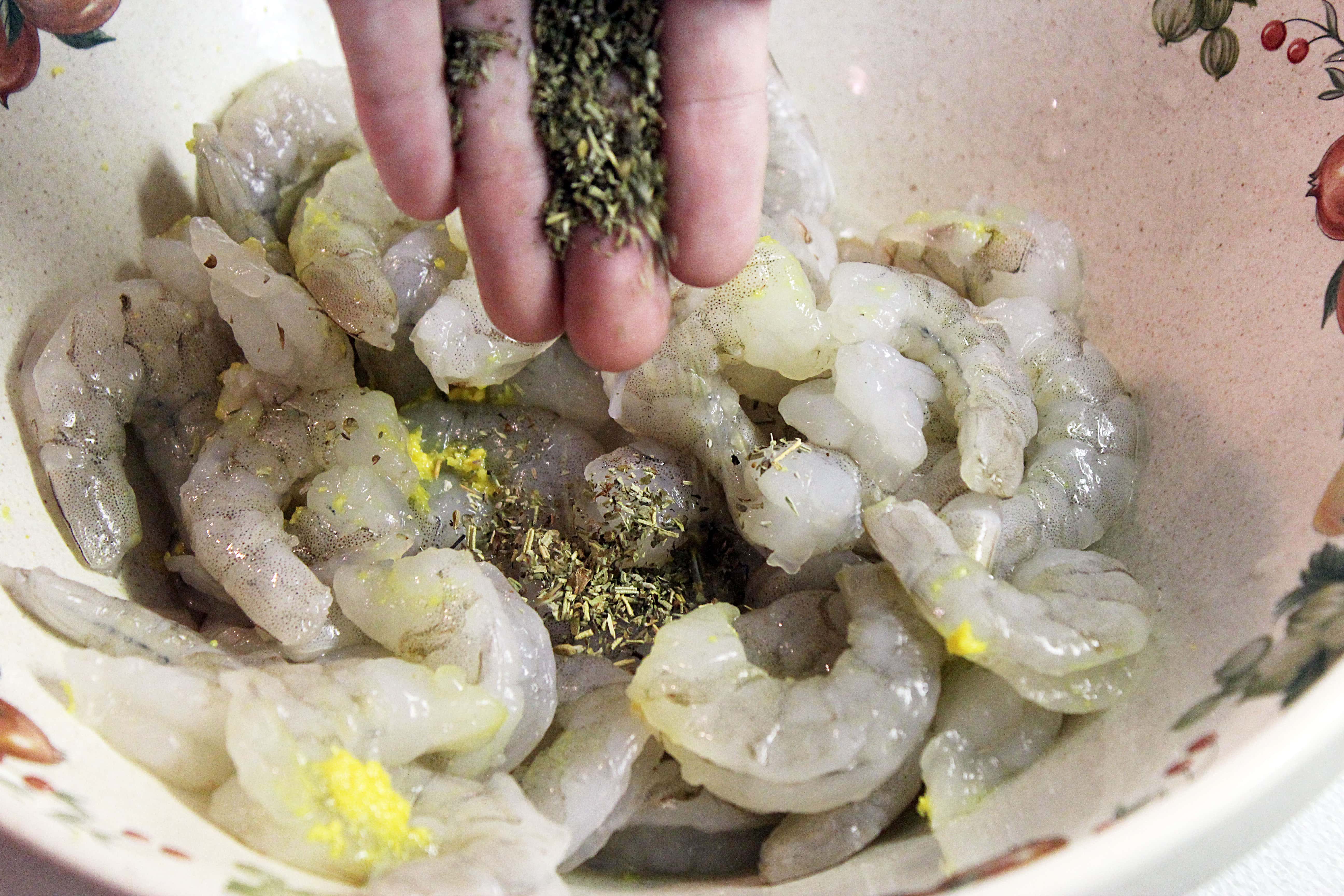 Then, drizzle the shrimp with just a wee bit of olive oil, mix it all together, and let it marinate for as long as you have.

An hour in the fridge is great.  5 minutes on the counter is just fine too.  It'll taste great regardless!

When you're ready to cook your shrimp, heat a pan to medium-high heat.  Retrieve the lemon, and have it on hand.

Using a big knife and a strong man (optional), cut the shrimp into little bits.  This is an optional step - I did it because I wanted the shrimp to be more of a topping than a separate dish.  You could certainly leave the dish whole, though! 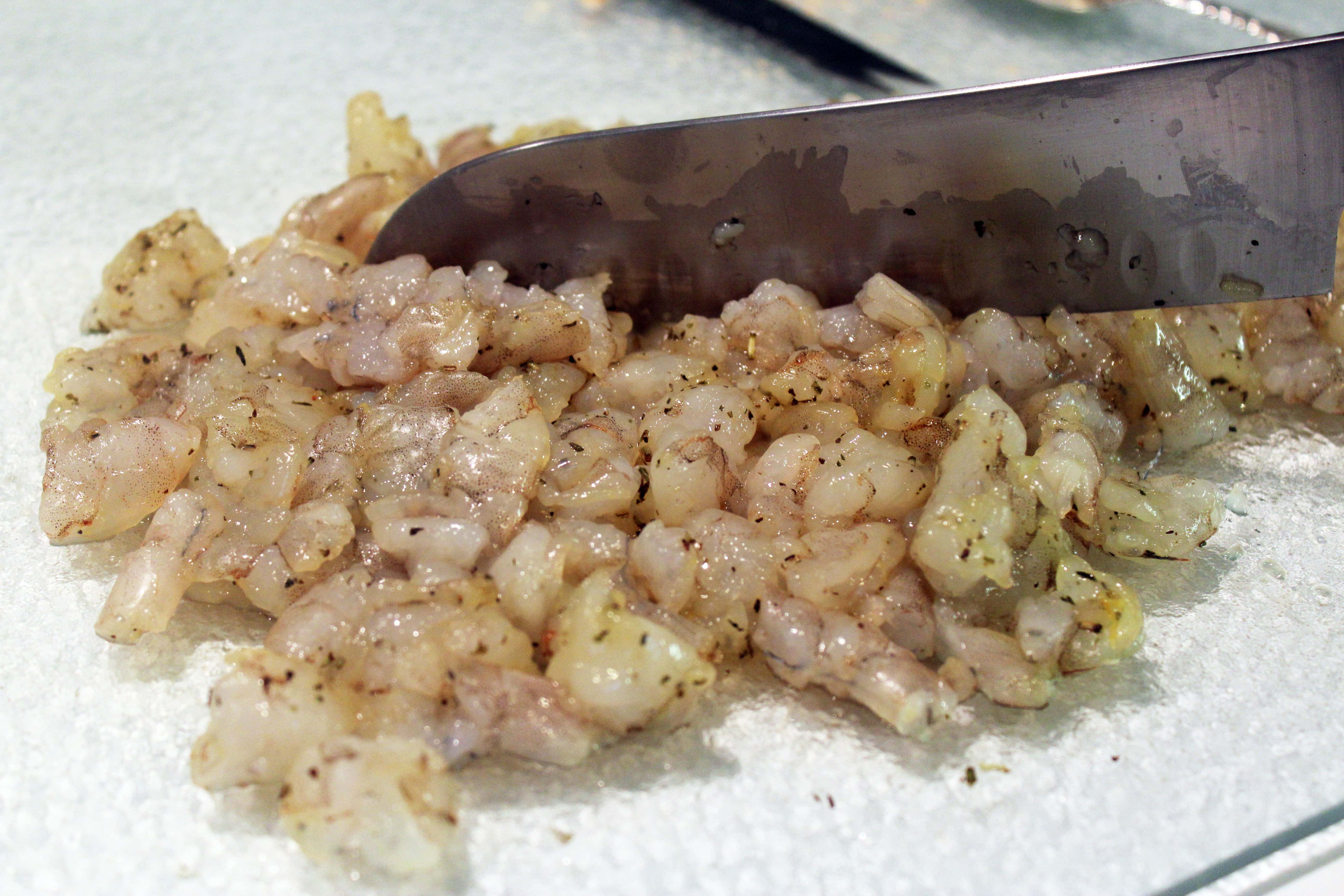 Then, cook the shrimp for 3-5 minutes until it's cooked through.  Squeeze lemon juice over the pan 30 seconds before you are ready to serve the shrimp. 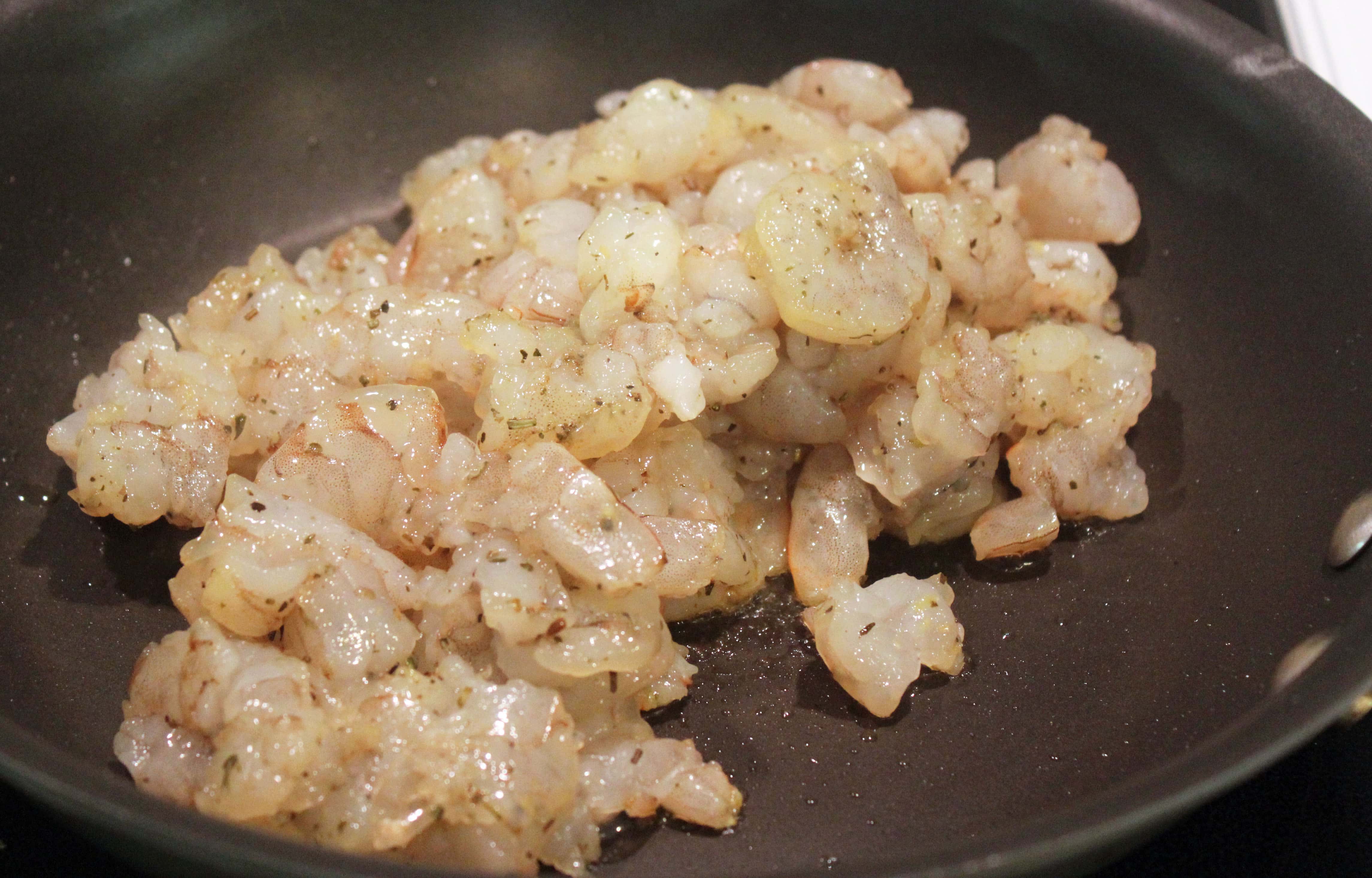 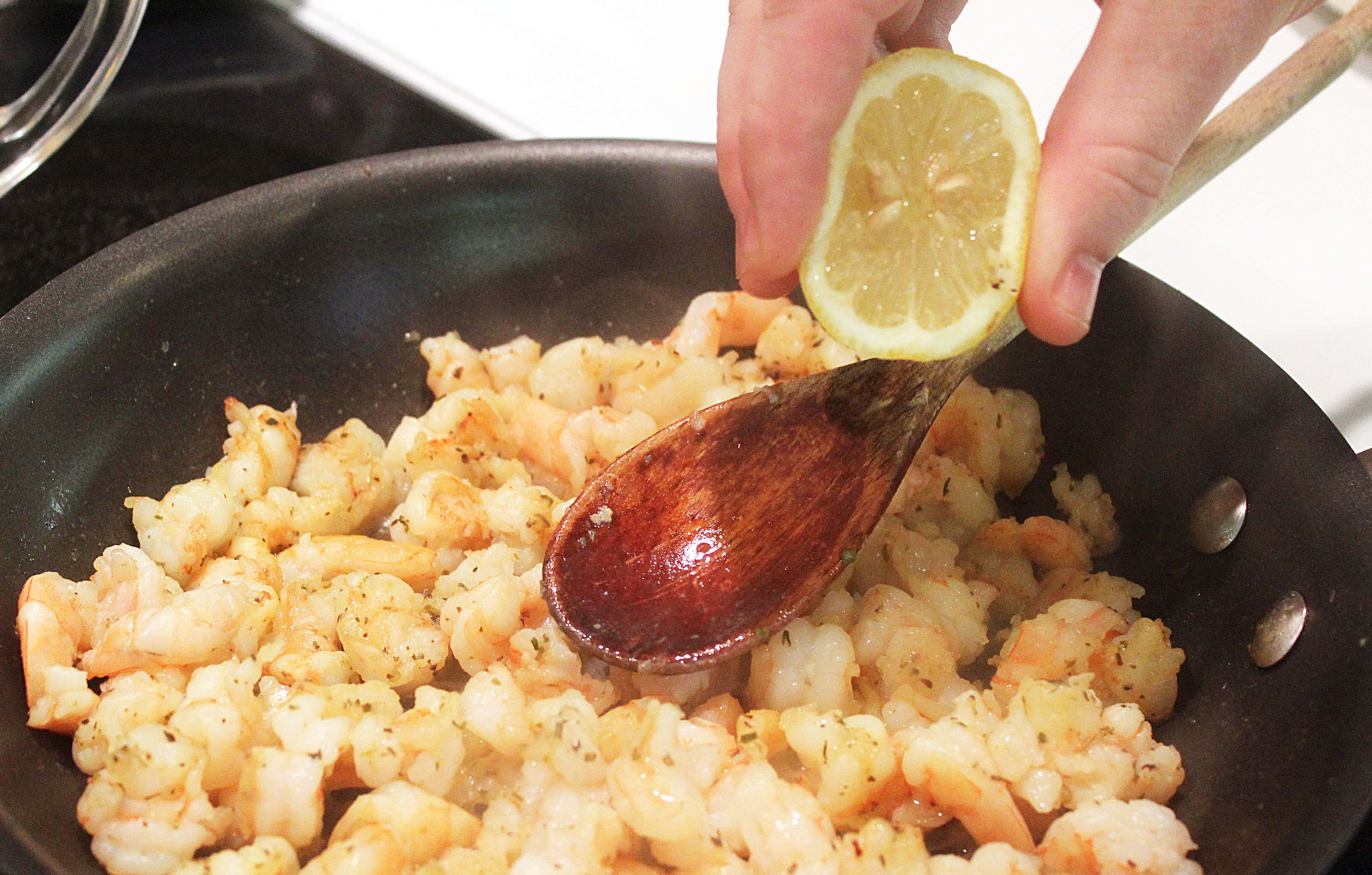 And that's it!  So simple, yet so delicious.  You could chill this and serve it with fresh herbs over salad, keep the shrimp whole and grill them....the possibilities are endless!

In the end, though, I'm still a sucker for bits of shrimp on top of saffron risotto.  Try it if you get a chance! 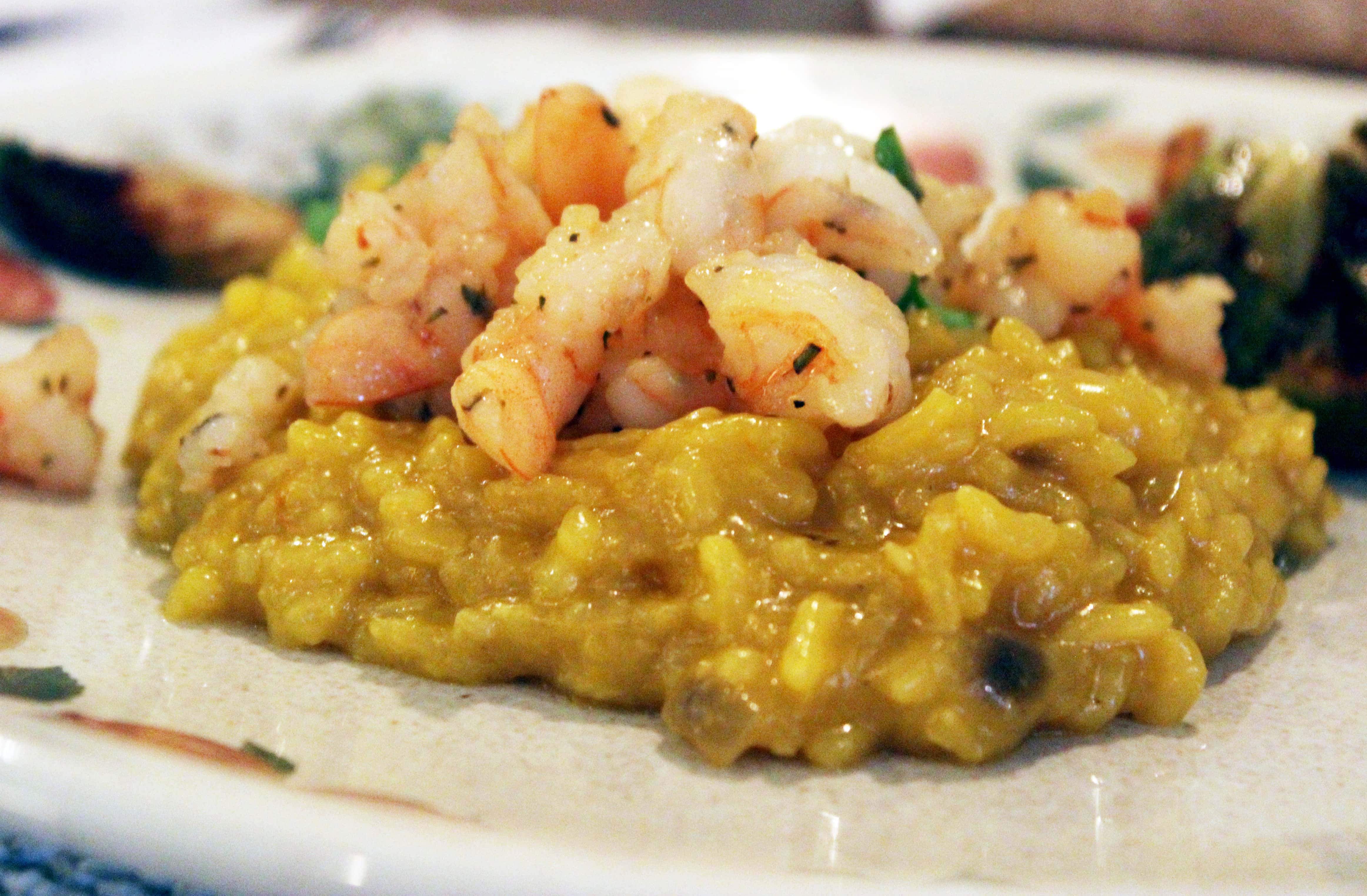