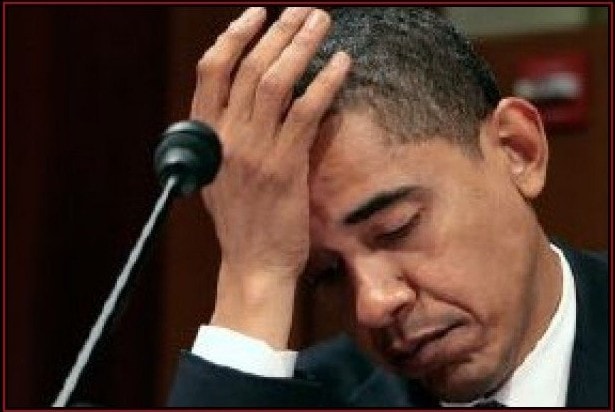 We started writing this blog as means to exercise creatively and still be funny in some odd, new and non-live manner. I’ve told stories, jokes, and just flat out invented shit. However, I’ve got some really exciting and unfunny news to share with you today. I MIGHT get to have dinner with THE President of the United States, Mr. Barack Obama. That’s right, all I have to do is donate $5 to the President’s campaign fund and then my name will be entered for a chance to win dinner with the Prez. I’m excited for my possible dinner with Obama. I mean, I’m still in shock from receiving an email from him which informed me of this possible dinner date. Who would have thought that when I signed up for his newsletter 4 years ago that I would have the chance to have dinner with him? Life is a real hoot sometimes, ain’t it?

Upon reading his email, I of course sent in the $5 donation immediately. Ever since I’ve been refreshing my email home page every 30 seconds or so. You don’t keep the Commander & Chief waiting, people! While I’ve been sitting at my computer, staring at a screen that never changes with bloodshot eyes, I began to ponder the nightmare stories that my mother threatened me with as a child. She would always nag at me for having bad table manners and she’d say, “That’s not how you hold your utensil! That is how rednecks and white trash eat. You have to be prepared for when you eat with decent people. I mean what if you got invited to the White House for dinner?” Guess what Mom…I just might! IN YOUR FACE (I bet you wish you’d voted for him now.)!!! And do you know what I’d do if I got invited to the White House for dinner…I’d eat like a slob. Like a typical good ol’ boy, beer swilling, scared of change, barely high school educated, red, white & blue all the way through and through American. Because you know, there is no way in hell a dinner with me and the President isn’t going to be filmed. They’ll play that shit on CNN, NBC, CBS, ABC, FOX, & C-SPAN! I’ll be all over the TV and people that know my mother will see me eating like a complete slob and it will reflect poorly on her. She’ll be mortified and I’ll kill myself laughing. I mean, do you know how much fun you could have (before Secret Service quickly teaches you manners with a stun gun) eating dinner like a bulldog eating mayonnaise at the White House? Just the sloppiest, most uncoordinated, pigs at the trough-type of consumption you have ever seen, all the while trying to speak somewhat intelligently about the state of this great nation.

I’ll be like, “Hey Mr. President, you put on a damn fine spread. Does your old lady do the cookin’? Na, I bet y’all use the help for that stuff. Pass me the spuds please sir. Anywhoosel, what’s the deal with me retiring at 65, cause I’ll be honest with you…I’m tired of workin’ & I wanna move to Gatlinburg. Goddamn them ‘taters are good in that gravy.” Then I just start up my spoon in the traditional “shovel” method of eating and audibly moan with delight (in all seriousness, I bet the mashed potatoes at the White House are pretty effing tasty). I’ll purposefully get food stuck in my teeth and crumbs of bread in my beard to enhance the Moron Parade I’ll be producing in my head. All of this will be televised and I will look so stupid. I’ll be grabbing cold Milwaukee’s Best out from under the table and sipping them loudly from the can as I ask, “Seriously, how in the hell did you score a darn Nobel Peace Prize? You started a war dude. In my opinion that should automatically take ya out of the runnin’, but I guess you know people and after all it is about who ya know, not what ya know.” The cameras will be glued to me as they await the next golden, perfect-for-primetime highlight of me eating and acting like a complete uneducated, out of touch slob. And when all of my mother’s friends watch me, they’ll automatically be jealous that their sons didn’t get to have dinner with the President. They’ll see me and wonder why my Mama dropped the ball in the table manners and education department. I’m sure some will even call her directly to fake compliment her on the success of having a child eat with THE President. And my mom will have to constantly and forever keep apologizing for her son’s stupid behavior. Aw, it’s going to be so sweet if I get selected to eat dinner with the President!

The media will probably come after me too. They’ll want to do a reality show on me. I mean, if Sarah Palin can have a TV show, I don’t see why I couldn’t express my uneducated beliefs across the airways. “Let’s legalize weed and start chasing some real dreams America!” I’d tour America in a bus too! I’d probably just tag along on Willy Nelson’s bus actually (Seriously, it’s always been a dream of mine to smoke with Willy). But I’d come clean eventually in my tell all book, “Eating Your Way to Fame (and still being able to see your penis!): The Presidential Dinner Story”. Sure, some will be mad at me for lying but I won’t care. I’ll have a million dollars and James Frey and I can hang out and talk about how awesome creative license is to use. I personally think I’ll get mad props for turning a once in a lifetime opportunity into a nationally recognized prank. I bet Obama would even invite me back. Maybe then I’d donate more than just $5.

Cheers My Fellow Americans! Keep your fingers crossed for me. I really want this to happen. This could be my ticket out of a real job!